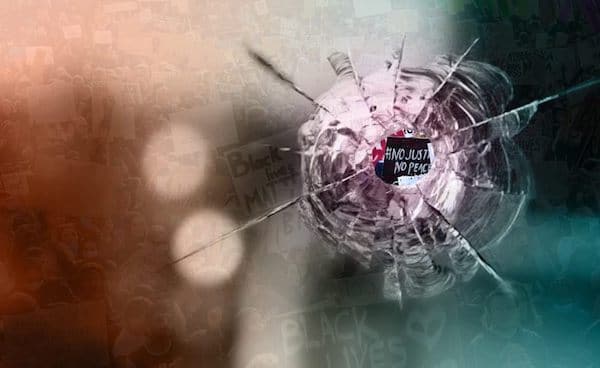 Naomi Klein’s book The Shock Doctrine had a significant impact on the left when it was published in 2007. Now, as global capitalism faces a new set of disruptions, the book is being referenced widely again. It has become common on the left to see the Coronavirus crisis and the deepening slump through the shock doctrine lens mainly as openings for the neoliberal right to push home their advantage.

Klein’s thesis, compressed, is that neoliberals have used different forms of shocks as opportunities to impose their economic plans on society, first abroad and then at home, often with force. Klein cites a wide range of examples including neoliberals’ wooing of General Pinochet to rush through market reforms after his 1973 coup in Chile, Thatcher’s use of the Falklands War and the defeat of the miners’ to clear the way for market reforms, and the invasion of Iraq read as a western corporate takeover.

For Klein, capitalising on such shocks was central to the neoliberals’ global success:

I discovered that the idea of exploiting crisis and disaster has been the modus operandi of Milton Friedman’s movement from the very beginning—this fundamentalist form of capitalism has always needed disas­ters to advance.

The argument has virtues. The book challenged head on the idea that letting the market rip was a kind of freeing-up of society, linked to democracy. Klein showed that imposing neoliberalism involved deliberate, often state-led action, sometimes using physical violence. This was a useful corrective to the early anti-capitalist movement’s tendency to see globalisation as a non-political, seamless, corporate-led process.

It reasserted too the basic socialist argument that capitalism is riven by conflict between a predatory ruling class and the working population. By bringing class struggle into the picture–if not always by name – Klein implicitly challenged those who believe there is an effective gradualist, purely parliamentary way to challenge capitalism.

The problem is, in Klein’s book, class struggle only really has one side.

In The Shock Doctrine, Klein threw together a whole range of very different kinds of ‘shocks’ including coups, floods, bombings and invasions, state massacres and terrorist attacks, all ruthlessly exploited by corporate power to further its interests. In rolling all these instances into one narrative of the success of the shock doctrine she tends to flatten them beyond recognition. The reader is left with the impression that all major disturbances are no more than opportunities for right wing, free market ideologues to make hay.

This de-contextualised and one sided view risks writing the left out of history and retrospectively closing down opportunities for change. The Pinochet coup was a devastating blow and a disaster for the Chilean working class. The resulting regime was indeed used to pilot the free market model. As Klein says it was a prototype taken up by ruling classes across the region.

What she doesn’t discuss is that the coup was a ruling class reaction to Allende’s radical and popular reforming government that challenged capitalist continuity for three years. This government was the strongest expression of a wave of worker and student militancy across the region playing out from the1960s.

The fact that the crisis of Latin American capitalism was resolved in such a way was not inevitable. Its history cannot be reduced to one moment of shock.

Klein overstates the significance of the Falklands war but she is right that the miners’ strike was a turning point in Thatcher’s fortunes. But it was a gamble. The attack on the miners led to the longest mass strike in British history. The miners had widespread, active working class support and the strike polarised the country for thirteen months.

According to her own memoirs, twice when other unions came to the miners’ aid, Thatcher considered resigning.

Klein’s view of the significance of the Iraq War is also tendentious. The invasion of Iraq caused unimaginable havoc and misery for the Iraqis and opened the country up to Haliburton, URS and others. But it was a net loss for U.S. imperialism as a whole. The war led to a leakage of U.S. credibility around the globe. The bulk of U.S. and UK forces left in disarray because of the resistance and anger created by the invasion. The war generated the biggest global mass movement in history and, in Britain for example, created a political crisis that still reverberates.

Seeing more recent crises through the prism of the shock doctrine is even more misleading. The blows that have destabilised the system since the Iraq war, among them the 2008 banking crisis, the Coronavirus and the current recession, have taken place on neoliberalism’s watch. They are crises for that order and the elites that support it. And they are largely seen as such.

Of course ruling classes will try and turn them to their advantage if allowed to, but initially they have been thrown into turmoil and disarray. In Britain the government has instinctively turned to SERCO and other private contractors to respond, but the pandemic has forced it to renege on everything they have ever said about the economy and throw hundreds of billions of pounds at it. This has split their ranks and opened up a debate about state spending. While both pandemic and gathering recession are causing immense suffering, they are also generating anger and insights. Polls show majority support for the idea there should be no going back to business as usual after the pandemic.

The shock doctrine’s emphasis is a break from the way the radical left has approached crisis in the past. It is of course accepted on the left that ruling classes will try and resolve crises by making the working population pay. But that is usually regarded as only one possible outcome of events. Crises are traditionally seen as moments for the left to seize. The Hungarian Marxist Georg Lukács argued in the 1920s that crises have a tendency to reveal ‘the unity of the economic process’ and encourage working people to confront the system. For Lenin, social crisis and the ‘inability of the ruling class to rule in the old way’ were a necessary precondition for revolution.

On the Marxist left, Russian revolutionary Leon Trotsky probably discussed the impact of crises most fully. He accepted that slumps don’t automatically lead to working class resistance, but he argued their radicalising impact can only be assessed by grasping the immediate economic situation against the longer term background of capitalist development. It also has to be read in the context of the wider political framework, the way party politics, the governmental system, the state of imperialism and so on are playing out in the situation.

The real balance of forces

The current economic crisis is taking place against the background of a long period of relative stagnation. In Britain, earnings, productivity and the rate of profit have failed to recover from the banking crisis of 2008. The global rate of profit has been broadly declining since at least the year 2000.

The banking crash was widely perceived as a product of a dishonest debt regime promoted by banks and right wing politicians as well as rightward moving social democratic governments like New Labour. To make matters worse the very institutions that were responsible for the crash were bailed out with huge amounts of tax payers’ money.

Adding insult to injury, governments followed up by trying to force ordinary people to make up the debt through severe austerity regimes. The unsurprising result has been the delegitimisation of most establishment institutions, including alienation from mainstream politics. By 2015 British polls were finding overwhelming support for redistribution and renationalisation and even for the idea that ‘capitalism was more likely to be seen as a force for ill than good by the public’.

Although the Tories have won subsequent elections, their difficulties have multiplied. Brexit split the party down the middle. There has been a rapid turnover in cabinet as successive Prime Ministers have scrambled to deal with the threat of Corbynism and a Brexit vote that the bulk of big business opposed.

The pandemic has been a disaster for a Tory government relieved by their 2019 election win and it has reopened divisions. Far from seeing it as an opportunity, initially they ignored it and hoped it would go away. Since then they have floundered embarrassingly. Insider accounts confirm the impression they are making things up as they go along. Now they face what even the Guardian predicts will be an autumn of discontent. The second Coronavirus spike looks like coinciding with the worst economic crisis on record and a fraught Brexit negotiation. Even the housing market looks set to tank in early 2021.

Right wing populists have tried to exploit the turmoil of the last few years, and a ruling class worried about its legitimacy is more and more tempted to borrow some of their ideas. But the radicalisation to the left continues.

Despite the defeat of Corbyn, the anti-elite and anti-neoliberal mood remains strong. The claps for carers were one sign of that, as were the BLM marches and the school student protests. In September this year, The Financial Times reported an in-depth survey of opinion showing a high level of social solidarity in Britain and a widespread feeling that the government ‘cares too much about wealthy people’ and ‘big business owners’ and that ending corporate tax avoidance and ‘guaranteeing fair wages for all workers’ are top priorities. The paper’s conclusion? Lockdown has created a ‘lurch to the left’.

Opportunist employers are undoubtedly pushing for extra job cuts, but the mood in the boardrooms is gloomy. Fears about an oncoming crash, the potential hit from Brexit, the vagaries of the virus and the general political chaos have created a deep sense of uncertainty. In Boris Johnson’s floundering big business sees not just the weakness of a leader but the grim truth that there really is no ruling class plan. Not surprising that a number of trade union disputes have won concessions from employers in various states of disarray.

The oncoming economic crisis is going to be bitter. But the main thing holding the left back is not the ruthlessness of the ruling class or a decisive rightward shift in the population for that matter but the failure of the labour movement to rise to the challenge of a systemic crisis. Starmer’s fawning ‘loyal opposition’ has effectively tied Labour to the government. So far most of the union leaders have been worryingly compliant too.

This is a very bad mistake. Imagine if the whole movement, including the unions, united and energetically got behind the health workers’ fight for a decent pay rise. Given the government shambles and the popular mood that would be an unstoppable campaign. The same would be true for a proper fight to extend the furlough. This kind of action would see the movement beginning to rise to the level of millions of people’s desires and expectations for change. It would send a message that the left is capable of shaping events not just responding. It would engender confidence and excitement and a fighting spirit across the movement.

To do this would require approaching the crisis as a call to arms for the left and a sign that the system is failing millions of people. It would means abandoning the pessimism of the shock doctrine and once again seeing crises as moments of rupture when the world can be changed.