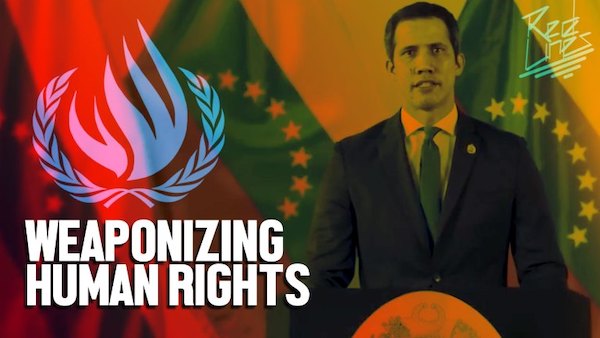 A new report by a special mission of the United Nations Human Rights Council was released in September and is making headlines after it accused Venezuela’s government of crimes against humanity.

Because it is getting so much attention, several people have reached out to me asking for clarification regarding the information and allegations presented in the report. So I thought I’d help provide some context.

The first point to understand about this report is that none of its authors set foot in Venezuela in order to produce it.

The Office of the High Commissioner of the UN Human Rights Council, Michele Bachelet, did not author this report.

Venezuela’s government has worked with Bachelet since September of 2018, when the council passed a resolution instructing the High Commissioner to produce a comprehensive report on the human rights situation in the country.

Bachelet has actually visited Venezuela and met with government officials in order to collect her information.

This report had nothing to do with that investigation.

Instead, it was issued by a special mission created by the council after the right-wing governments comprising the pro-US Lima Group proposed its creation.

Their resolution passed with the approval of a mere 19 out of the UNHRC’s 47 member states.

The initiative came as a clear attempt to undermine Venezuela’s official cooperation with the UNHRC– and as part of an effort to distract from the massive protests that were sweeping Lima Group member states in 2019.

And before I get into the report’s content, it’s worth taking a look at the background of one of the three individuals tapped to investigate human rights in Venezuela: Francisco Cox.

Cox is a Chilean lawyer who has previously represented functionaries of Chile’s military dictatorship, led by Augusto Pinochet between the years 1973 and 1990.

Francisco Cox Vial is not a lawyer who qualifies as an expert in human rights, rather he is part of an operation against the government of Venezuela.

Cox was a lawyer for an important political leader of the dictator Pinochet, Mr. Jovino Nova.

In 2019 he was lawyer for the former Minister of Education, who was accused in a political trial in Congress, and who is also the wife of the current Minister of Foreign Affairs Mr. Andrés Alamand.

The world watched as the people of Chile rose up in opposition to the government of Sebastián Piñera in 2019, and witnessed security forces crackdown on demonstrators with total impunity.

The police were even accused of systematically targeting protestors by shooting them in the eye.

At the time, Cox said President Piñera bore no responsibility for the violence.

Appointing an ethically dubious hyper-partisan defender of junta leaders such Cox to investigate the human rights record of a left-wing government is basically the equivalent of hiring O.J. Simpson to lead couple’s therapy seminars, but that didn’t stop the U.N.

So what exactly did Cox and company put in their report, authored from abroad, accusing Venezuela of titanic human rights crimes?

First, they made broad accusations of torture largely based on testimony provided by the former head of Venezuela’s National Intelligence Services– or SEBIN– a man named Manuel Christopher Figuera.

Figera ran SEBIN up until April of 2019, when he defected to the United states after participating in opposition leader Juan Guaidó’s failed military insurrection.

Following the failed coup, Figuera fled to Colombia and then to the United States. In return for his cooperation with Washington, the U.S. Treasury Department lifted sanctions it had placed on Figuera immediately following his defection.

Most Venezuelan officials targeted by U.S. sanctions aren’t directly impacted by the measures since they do not have bank accounts in the United States to begin with. However, Figuera’s wife was in the United States in the lead up to his defection, suggesting he may have been more susceptible to financial bullying from Washington.

So Figuera participates in a botched military coup in Venezuela, defects to the United States, is rewarded by Washington– and then goes on to supply important testimony supporting the U.S. narrative on Venezuela in the following months– is he a trustworthy source?

Oh– and let’s not forget that the allegations of torture he presents focus on cases which took place between the years 2014 and 2018– conveniently ending when Figuera himself took over SEBIN.

Just to recap, so far we have a pro-Pinochet lawyer authoring a report based largely on testimony from an individual who was financially coerced into collaborating with Washington to overthrow Venezuela’s government.

But let’s examine some of the allegations of torture more closely– specifically the report’s charge that Venezuela’s treatment of opposition leader Leopoldo López “contitutes torture, and cruel and inhumane punishment”.

Yet up until his participation in last year’s coup, López lived under house arrest at home with his family. He is currently hiding out in Spain’s Caracas embassy.

Even when he was in detention, he was allowed visits with his loved ones.

While under house arrest, López has openly encouraged acts of violence to overthrow Venezuela’s government.

He has even worked with Guaidó and other U.S.-backed oppositionists to topple the government. In April 2019, he was broken out of his home during a failed coup attempt he initiated– thanks to cooperation from Manuel Figuera.

Can you imagine anyone in the United States getting away with such actions?

If only wikileaks founder Julian Assange were allowed such comfortable conditions.

But I digress– as absurd as the allegations of López’s torture are, perhaps nothing in the report is as insanely dishonest as its treatment of the case of Óscar Pérez.

You might remember Pérez from that time he stole a government helicopter in Caracas and attempted to fly it into the country’s Supreme Court while firing grenades at Venezuela’s Justice Department.

Despite the gravity of his crime Pérez was only killed 6 months later, during a raid in which he and his collaborators fired upon police, killing at least two. They were found with heavy weapons and explosives.

According to Cox’s report Pérez’s death amounts to an “extrajudicial killing” and Pérez’s only actions were to “commandeer a helicopter and fly it over the Supreme Court of Justice, in an attack.”

Yeah, just leaving out a few details there. Like the part about him bombing government buildings. And again– imagine how this scenario would have played out in the United States?

Now, I am not trying to argue that every aspect of the report was completely fabricated–In fact Venezuela’s government has responded by saying it has investigated many of the cases presented in the report and punished the individuals responsible for the crimes– those details just simply weren’t reflected in the document.

But the fact this report even had to highlight the cases of López and Pérez tells you how desperate Cox and company–and by extension the U.S. and its allies– are to charge Venezuela’s government with wrongdoing. Why is that?

During the phony “U.N. address”, he called on the international community to invoke its “Responsibility to Protect” Venezuelans and “contemplate scenarios after all routes have been exhausted”. To make his case for war, Guaidó referenced the U.N.’s recent findings.

Guaidó was openly calling for direct military intervention in Venezuela under the guise of a  humanitarian intervention–because From Iraq, to Libya, to Syria, that’s worked out so well in recent history. There’s really no better way to restore democracy than for the U.S. air force to bomb the crap out of your own country’s capital city, right?

So this U.N. report is simply a propaganda tool generated by the U.S. and its allies to justify the potential military invasion of Venezuela. If the nations responsible for producing it truly cared about the well being of Venezuelans they could have called for an end to sanctions and outside interference targeting their country. But they’re not actually interested in human rights– unless they can be weaponized to secure them the power they are unable to earn at the ballot box.