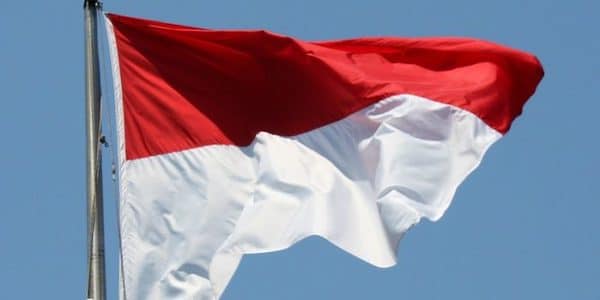 Hundreds of thousands of workers and students in Indonesia have taken to the streets in a powerful wave of strikes and demonstrations opposing the enactment of a new set of laws that would dramatically weaken the rights of the working class and environmental protections. The government of president Joko Widodo pushed through this “omnibus” act to modify 79 different laws in one fell swoop.

Protesters have employed many forms of struggle in what has become a nationwide uprising. Some of the country’s largest labor unions, representing millions of workers, organized a three-day general strike beginning Tuesday. They are now calling for an indefinite period of struggle until the law is overturned. Workers are massing outside of their places of employment and shutting down large swaths of the economy.

Progressive students at both the university and high school level have joined the struggle as well. Last year student-led mass protests mounted a serious challenge to Widodo’s government as it attempted to impose reactionary changes to the country’s legal system.

Clashes with police have been fierce, and well over 1,000 people have been arrested so far. They are also widespread across the different parts of the country, one of the largest on earth in terms of both population and land mass.

Behind the omnibus bill is an effort by the government to revive the economy by decimating workers’ rights and deregulating activity by major corporations, thus making the country more attractive for foreign investment. The Indonesian economy shrank this year for the first time since 1999, reeling from the effects of the Coronavirus pandemic.

The provisions of the law include severe reductions to the amount of severance pay employees are entitled to if they lose their job, a reduction in the amount of time off workers are entitled to and an increase in the amount of overtime bosses can impose. The system for setting the minimum wage, which previously had been done on an industry-by-industry basis, is now in the hands of regional governors–a move that could lead to wage cuts for most workers.

If the new act stands, environmental restrictions on corporations’ activity would be loosened and environmental impact studies would be required only in exceptional circumstances. Indonesia is home to vast rainforests and peat swamp forests that retain large amounts of carbon, meaning that their destruction could significantly exacerbate climate change.

The Indonesian capitalist class, ruling over a nation with a very large and low-wage labor force, have long placed an emphasis on developing as a manufacturing hub for the world economy. As the U.S.-China trade war causes many multinational corporations to seek new countries to make their products in, Indonesian businesses could be positioned to benefit greatly. But the pandemic has made matters more difficult.

The anti-worker omnibus act in Indonesia aims to revive the profits of big business on the backs of the working class. The intense and massive struggle that has emerged in response is a model for workers everywhere as they confront similar schemes by the rich and powerful.