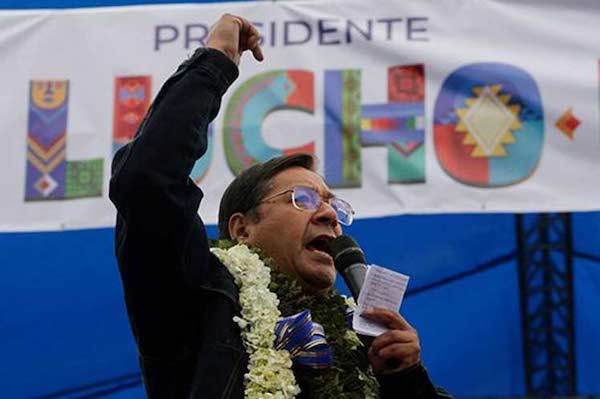 The victory in first round of the Movement towards Socialism (MAS) party in Bolivia, according to an exit poll, has generated several reactions on Monday after surpassing what was expected in the polls.

The law establishes that to win in first round, the winner must obtain 50% plus one votes, or at least 40% with a 10 percentage-point lead over the second most popular candidate.

Upon learning the unofficial election results, Arce thanked the Bolivian people for their support and trust and reiterated that he will work to regain stability and social peace.

For his part, former President Evo Morales pointed out from Argentina where he is taking refuge after the 2019 coup d’Etat that Bolivia recovered democracy and described to maintain the majority in Parliament as a great responsibility.

Argentine political analyst Marco Teruggi described the victory as historic, as it represents the recovery of democracy less than a year after the coup d’Etat against Morales.

Cuban legislator and president of Casa de las Americas, Abel Prieto, highlighted the importance of the election victory in Bolivia, especially after the fascist coup and a de facto government.