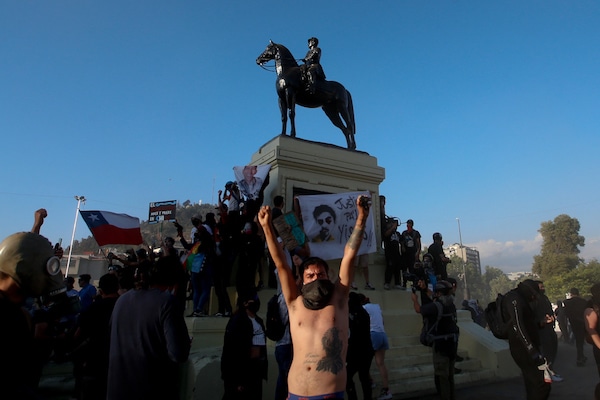 An anti-government protester raises his arms at Plaza Italia on the day Chileans voted in a referendum to decide whether the country should replace its 40-year-old constitution, written during the dictatorship of Gen. Augusto Pinochet, in Santiago, Chile, Sunday, Oct. 25, 2020. (AP Photo/Luis Hidalgo)

With almost all votes counted, the people of Chile have overwhelmingly chosen to discard their old constitution, written and implemented under the military dictatorship of Augusto Pinochet. 78 percent of Chileans voted “Sí” yesterday for a new constitution, paving the way for a new era in the country’s history and a possible break from the structures enshrined by the fascist dictator.

Massive celebrations in Chile after 78% of the people voted in support of rewriting the country’s Pinochet-era constitution. pic.twitter.com/abydDNqJRj

The 1980 constitution was largely written by Pinochet advisor Jaime Guzmán and enshrined into law the neoliberal ideas of American economist Milton Friedman and his team of “Chicago Boy” economists who dictated the country’s economic policy for decades, leading to a volatile society and rapidly increasing wealth inequality. 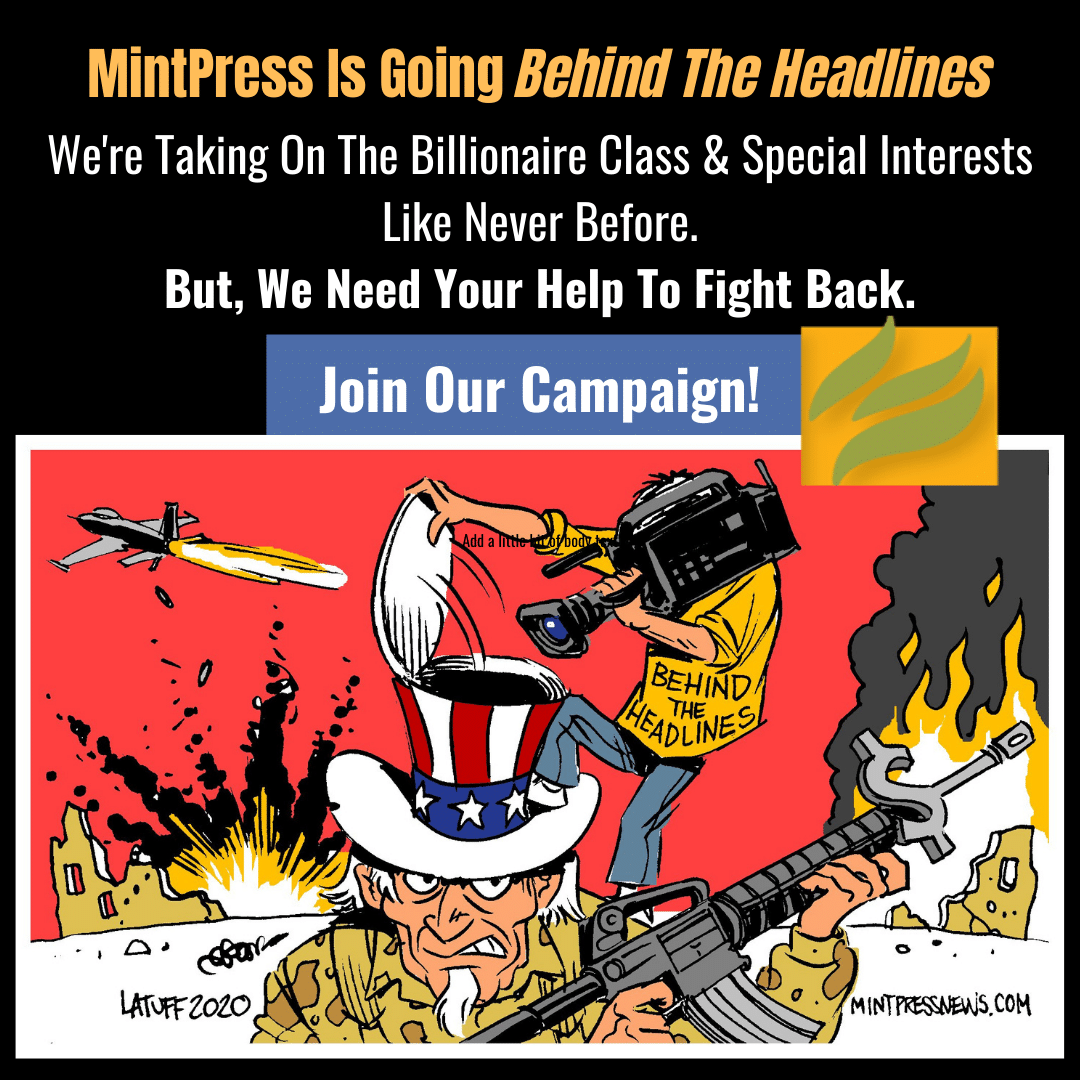 The Chilean people also selected the more radical option for their new constitution, with 79 percent opting for a constitutional convention where citizens themselves will be elected to write the document rather than leaving it to a panel of expert lawmakers.

Good morning only to Chile, and may Pinochet, Milton Friedman and James Buchanan rot in hell 🙂

The historic vote comes just days after another overwhelming progressive electoral victory in Bolivia, where citizens rejected the conservative Añez administration, who came to power in November in a U.S.-backed military coup. Instead, voters handed the Movement to Socialism Party an enormous mandate to reverse Añez’s attempts to privatize the economy and return it to the socialist path pursued by President Evo Morales (2006-2019).

“Yesterday Bolivia, today Chile, tomorrow Ecuador. It’s possible for popular movements to win. Latin America has shown that numerous times in the past 20 years,” remarked Ollie Vargas, who covered the events in Bolivia for MintPress. Ecuador is currently engulfed in nationwide protests against the neoliberal government of Lenín Moreno, who came to power promising to continue the progressive, anti-imperialist policies of Rafael Correa, but instead lurched his country to the right and towards Washington, D.C. once more.

Like in Bolivia, the strength of public opinion was so immense that the government, led by Chile’s richest man Sebastian Piñera, immediately conceded. “Until now, the constitution has divided us,” he said, adding that the vote marked, “the beginning of a path that we must all walk together.” “From today we must all work together so that the new constitution is the great framework of unity, stability and the future.”

A year of struggle

While Piñera might sound magnanimous today, he was forced into accepting a new constitutional referendum by over a year of continuous and widespread popular struggle. Millions of Chileans protested his rule, with his crackdown leading to 36 deaths, more than 11,000 people wounded, and over 28,000 arrested–enormous figures considering Chile’s relatively small population.

The spark for the nationwide revolt was a 30-peso increase to the Santiago subway fare, but it quickly escalated into a general protest about the direction Piñera was taking the country, continuing with the discredited neoliberal model that has been in place since the days of Pinochet. As the popular slogan went, “It’s not about 30 pesos, it’s about 30 years.”

The long shadow of fascism

While popular protests pushed Pinochet to officially step down as president in 1990, he did so from a position of power, continuing as the commander-in-chief of the armed forces for another eight years. His handpicked officials in the military, police, courts, civil service, and other influential positions were not removed, nor were the laws or the constitution he implemented. As a result, Chilean society is still marred by the dictatorship, with those at the top of society inordinately Pinochet loyalists.

Piñera, a conservative billionaire business tycoon, has often, consciously or unconsciously, imitated Pinochet. When the protests first broke out, he sent tanks into the streets to crush them, declaring “We are at war with a powerful, relentless enemy that respects nothing nor anyone,” echoing Pinochet’s infamous catchphrase.

The road to a more just Chile will long + hard but the people's uprising that began just over a years ago must continue until the deep injustices that brutalise Chileans are addressed.

The progressive victories in Bolivia and Chile have raised the possibility of the dawn of a better era in Latin America. By 2011, the vast majority of South Americans were living under avowedly leftist administrations, all of whom were overtly hostile to aggression and imperialism. Yet throughout the 2010s, many lost power, sometimes in part due to the continent-wide economic decline, other times (such as in Brazil in 2016 or Bolivia last year) thanks to U.S.-supported coups.

Sunday’s referendum is the beginning of a process that will draft a new constitution scheduled to be presented to the people for a popular vote in mid-2022. In the meantime, Chile remains one of the world’s most unequal countries, and public dissatisfaction with life remains high. However, in a year with such bad news, the weekend’s events in Chile undeniably represent a positive step forward for all those who value democracy and the will of the people.