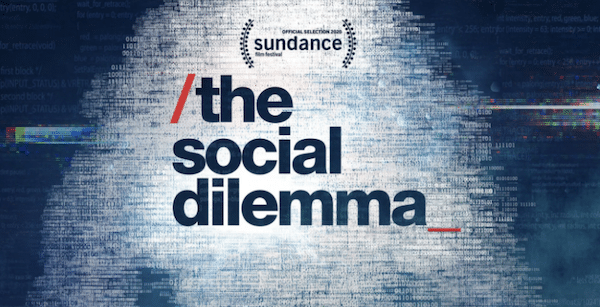 The Social Dilemma that is currently streaming on Netflix has garnered much attention by raising a single question–how have we come to accept as normal the fact that a few hundred tech-enthusiasts in Silicon Valley has had an unprecedented impact on billions of lives around the world? Directed by Jeff Orlowski, the Social Dilemma features tech industry insiders raising ethical concerns about business models that shape our everyday digital experience.

Though the docudrama has topped charts, the narrative on reckoning with this digital Frankenstein moment is not new. For example, Black Mirror is a popular show streaming on Netflix that speculates on how unchecked tech developments can result in a dystopian world. What makes Social Dilemma unique is perhaps because it features an array of “prodigal tech-bros”–usually white males who got rich working for big tech, but then got disillusioned and subsequently achieved “enlightenment”.

The tech-bros point out that most platforms were started with good intentions to improve the quality of human lives. However, due to the advancements in AI, coupled with a shareholder model of revenue maximization, these platforms have become weaponized by those with nefarious interests. This has threatened liberal democracies, leading to political polarization. We are warned that a civil war is on the horizon, ironically triggered by social networks apparently aimed at bringing people together.

However, this oversimplified techno-determinist presentation of a social problem misses the wood for the trees. Can right-wing authoritarianism, xenophobia, fake news and mental health issues be boiled down to the business models of web-based platforms? Once we examine this basic premise, it becomes immediately clear that a lack of sociological nuance sends wrong messages. Apart from triggering moral panic–exemplified in reviews that talk about wanting to throw away your mobile phone into the garbage bin–the documentary eschews a patient and critical examination of contemporary capitalism, which unarguably shapes the operations of digital media. To grasp things by the root, we need to understand what is actually social about the social dilemma.

The first major silence in the documentary is on the political economy of contemporary capitalism. Without such an understanding, the Social Dilemma gravely confuses correlation with causality–in at least two fields, viz. mental health and political trends. Jonathan Haidt, who is a prominent social psychologist, briefly appears to flag concerns about the “gigantic increase” in depression and anxiety among American teens, ostensibly due to social media. However, reducing a social phenomenon to a single factor is not particularly helpful. The evidence is also mixed, as a similar upsurge in suicide rates cannot be seen in several European countries despite high prevalence of phone usage.

The documentary also talks about young women facing “Snapchat Dysmorphia”, as they pursue unrealistic feminine beauty standards in their pursuit for validation. Here again, instead of questioning the patriarchal male gaze that has existed for decades, we are left with blaming the tools that make it possible. While cyberbullying has certainly become a cause of worry, we often forget that social media is also an effective tool for mobilizing and organizing resistance–as seen from Tahrir Square to the recent Pride Marches amidst the pandemic.

The tech-bros express concern over society becoming more divided than ever. In India, commentators often speak as if “WhatsApp universities” are the primary cause of political polarization. We are constantly reminded that the political sphere is a battlefield of ideas. However, this obfuscates the material structures that have fostered such anxieties in the first place. The pitfalls of liberalism lies in their ignorance–often deliberate–of the social structures that has enabled the normalization of unreason around the world.

The last few decades have witnessed profound shifts in the balance of class forces through the dismantling of the welfare state, union-busting, liberalization of private capital, deregulation in the name of easing business and the financialisation of the economy. The decline of stable jobs, accompanied by the rise of what the late David Graeber called “bullshit jobs” has created deep resentment among the working classes. Right-wing exclusionary ideologies prey on such economic anxieties to put the blame on minorities. We need to be clear that social media is not the cause for this, but certainly becomes a platform to project these economic insecurities as cultural anxieties.

The second major silence is on how technologies are produced in any society. We often turn a blind eye to the massive state involvement in producing several technologies from the touch screen to Google’s search engine algorithm, as Mariana Mazzucato has pointed out. These same tech companies (including Netflix) are notoriously involved in large-scale tax evasion, which has among other things fueled austerity policies that has hurt the working class. This brute fact not only busts the libertarian myths around private initiative, but also raises questions about the obscene wealth made by Silicon Valley executives. In the tech-bro narrative, technology appears to arise out of vacuum due to the brilliance of a few programmers. In reality, technology is socially produced.

More importantly, we often ignore the unpaid labour time that is involved in the production, consumption and distribution of information that is central to the everyday existence of web-based platforms. The documentary points out how targeted advertising has manipulated our psychological vulnerabilities. But what is left unsaid is how our seemingly mundane activities actually constitute ‘unpaid labour’ (called digital prosumption labour), as advertising revenues constitute a primary source of profit for most web-based platforms. Statements like “if you are not selling something, then you are the product” should be reinterpreted taking into account this unpaid labour.

These two silences–on political economy as well as the social production of technologies–make The Social Dilemma analytically and politically impotent. Accumulation is inherent to the logic of capitalism–the business models simply reflect what is possible for capital at any given point of time. Seeing capitalism as an expansionary system for the pursuit of profit warns us against the futility of proposals that call for ‘breaking up big tech’–there is no reason why smaller facebooks or googles would treat data differently. The rampant trend of acquisitions by big tech only confirms the general tendency towards centralization in capitalism.

That labour not only creates value, but also has the potential to shape and transform the world, is what makes the insights of Marx so relevant. This is true of cyberspace as well–which is merely a manifestation of a historically specific mode of organising production. This leads to more important questions. How can we strengthen alternatives to corporate social media that do not pursue profit from unpaid ‘leisure’ time? How do we organize a truly democratic cyberspace based on collective ownership? More importantly, is this possible without radical challenges to the capitalist society we live in? It is high time we face the real dilemma that confronts us–which is social, not technological–lest we regress to barbarism.

Aabid Firdausi MS is a research student at the Tata Institute of Social Sciences, Mumbai, India. He is interested in studying the social and spatial dynamics of contemporary capitalism.