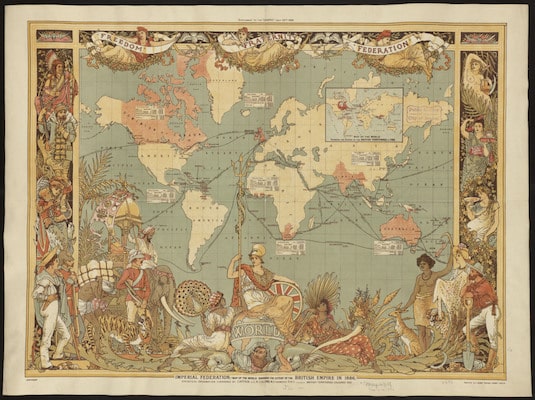 Settler colonialism, those colonial processes based on the aim of permanently settling metropolitan populations on indigenous lands, and–crucially–the struggle against it, have been at the centre of many of the key political developments of the last three decades. Starting with the movements of the Zapatista uprising in Chiapas and the first Palestinian intifada, indigenous resistance against settler colonial rule have played a central role in the reconstruction of progressive and revolutionary politics in the aftermath of the collapse of the Soviet Union and the subsequent ideological crisis it generated.

More recently, indigenous movements against land expropriation and pipeline construction in North America, the intensification of settler colonial policies in Kashmir, and the coup against the MAS government of Evo Morales in Bolivia–to name but a few–continue to point to the central place these processes occupy in contemporary political struggles. They also illustrate powerfully the centrality of settler colonial dispossession in global strategies of capital accumulation and class rule. Far from being a historical issue, albeit one with present-day consequences, settler colonialism is a key aspect of contemporary capitalism.

The growth of Settler Colonial Studies (SCS) as an academic field, in the aftermath of Patrick Wolfe’s Settler Colonialism and the Transformation of Anthropology in 1999, is then both appropriate and positive. This body of academic work, which developed–perhaps tellingly–in parallel to, but separately from, Indigenous Studies, has developed an analysis of settler colonialism as distinct from other colonial forms, with specific and identifiable characteristics, which were first laid out by Wolfe (1999:3) and subsequently repeatedly quoted throughout SCS literature:

‘Settler colonies were (are) premised on the elimination of the native societies. The split tensing reflects a determinate feature of settler colonisation. The colonizers come to stay—invasion is a structure not an event’.

Settler Colonialism is structural, ongoing, and based on the elimination of the native. This last point is considered especially important by SCS scholars in identifying the fundamental difference between settler colonialism from franchise colonialism–with the former based on elimination and the latter on exploitation of the indigenous populations.

While much can be said about the benefits of giving settler colonialism the specific attention that SCS has–and in so doing insisting on identifying its ongoing, structural nature–the desire to cordon it off from other fields of study has led to an over-emphasis of its particularism to a point that obscures its relationships with other interconnected processes. The centrality of settler colonial regimes to capital accumulation and the construction of the contemporary global political economy through dispossession, exploitation, and murder, as well as their intimate connection with broader colonial processes, can then disappear from view.

This has had important negative consequences. First, it has led SCS scholarship to focus heavily–almost exclusively–on those settler regimes that fit its predetermined theoretical assumptions: those, largely Anglo-Saxon, settler colonies which aimed to replace, through murder, displacement, and miscegenation, indigenous populations with settler populations from the colonial metropoles, such as Australia, the United States, or Canada. Those settler colonial regimes, which developed primarily through the exploitation of the indigenous populations, largely in Latin America and Africa, such as Algeria, South Africa, or Mexico, have tended to be ignored by those working within SCS’ framework.

Second, and related to the above, this approach has led SCS to avoid engaging with existing traditions of analysis of, and resistance to, settler colonialism. Across the globe, indigenous populations have theorised, debated, and struggled against settler colonial regimes. They often did so while identifying their oppressors’ relations to global capitalist circuits of accumulation and more general colonial processes. The Palestinian Liberation Organisation’s writing on the subject in the 1960s and 1970s (see for example, George Jabbour’s Settler Colonialism in Southern Africa and The Middle East) or the more well-known writings of Frantz Fanon on Algeria (which, tellingly, Wolfe positioned outside of the settler colonial world), are powerful testimonies to these intellectual traditions.

As well as impoverishing the intellectual world of SCS, these absences in much of its output further intensify its particularistic tendencies and undermine the possibilities of developing analyses that can link settler colonialism, and indigenous struggles against it, to other power structures and social movements. It is also striking how much more attentive to these connections–without however undermining settler colonial specificities–Indigenous scholars and activists have been (see for example the work of Jodi A. Byrd, Mahmood Mamdani, or The Red Nation).

In Capital, Karl Marx already identified the centrality of colonial and settler colonial regimes, alongside slavery, to the functioning of capitalism, through his critique of classical political economy’s approach to ‘so-called primitive accumulation’:

The discovery of gold and silver in America, the extirpation, enslavement and entombment in mines of the aboriginal population, the beginning of the conquest and looting of the East Indies, the turning of Africa into a warren for the commercial hunting of black-skins, signalled the rosy dawn of the era of capitalist production. These idyllic proceedings are the chief moments of primitive accumulation. On their heels treads the commercial war of the European nations, with the globe for a theatre.

In fact, this focus on the continuous reliance of capitalism on theft and violence to integrate resources previously outside of its reach into the global market, which David Harvey has helpfully termed accumulation by dispossession, is a powerful tool to identify the specific ways in which settler colonial regimes are integrated into the global political economy. Glen Sean Coulthard and Robert Nichols, amongst others, have made important contributions to understanding what is particular about settler colonialism as well as how it fits into general capitalist processes, through this lens.

This approach also opens up new avenues to reflect about the specificities of settler colonial regimes and societies, and the social relations that emerge from them. Not least because, as I argue here, based primarily on Zionist settler colonialism in Palestine, all settler classes participate in the process of indigenous dispossession. They then struggle amongst themselves over the nature of the internal distribution of the colonial loot. The organised participation of settler workers in this process and their campaigns to increase their share of the colonial pie, against both settler bosses and indigenous populations, considerably shapes the class dynamics of settler societies. Historically, it has led settler labour movements to fight for an intensification of indigenous exclusion and dispossession much more frequently than for the dismantling of settler colonial relations. The latter happening almost exclusively under the leadership of (pre-Stalinist) communist or syndicalist organisations.

Focussing on accumulation by dispossession not only helps to make better sense of settler colonial regimes, it also allows a clearer identification of the continued centrality of settler colonial processes–and indigenous resistance to them–to present political and economic realities (as recent contributions to Monthly Review have also argued). Pipelines, land confiscation, or the privatisation of natural resources by settler states play a central role in the organisation of the global political economy, and continue to depend on the dispossession of indigenous peoples and the negation of their collective political rights. Resistance to these processes is therefore a key strategic issue for all those committed to the dismantling of capitalism and its concomitant social relations.

The indigenous artist and activists Lilla Watson, addressing white Australians asking how they could help indigenous communities, famously said: ‘If you have come here to help me, you are wasting your time. But if you have come because your liberation is bound up with mine, then let us work together’. It is the identification of this common process of liberation that continues to be at stake in our study of, and struggle against, settler colonial regimes today.

Sai Englert is a lecturer at Leiden University.