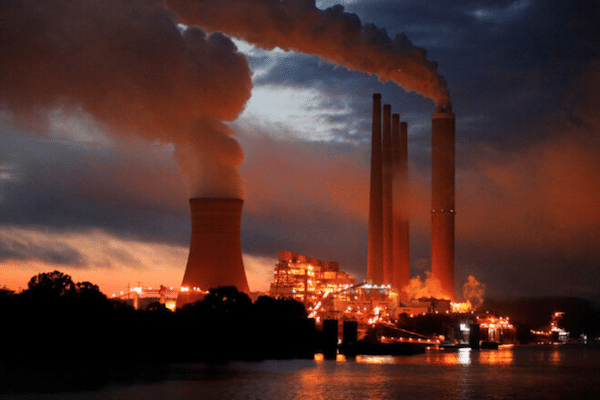 Last week in the presidential debate, Donald Trump said “Look at China, how filthy it is. Look at Russia. Look at India. It’s filthy. The air is filthy,” when asked about his decision to pull out of the Paris Climate Accord.(1) While the statement itself is largely (refreshingly) true, it once again brings to fore the question of responsibility sharing between nations whichever way one wants to categorise them–developed and developing, the West and the East, Global North and Global South, and so on.

A clarification right at the start is that whatever the West does or rather doesn’t do, does not absolve developing countries of blame. There are measures that can and should have been adopted by countries like India and China to control pollution and their lax attitude is only exacerbating the problem at hand. According to a 2014 World Resources Institute report, he two countries combined contributed to 19% of the world’s cumulative emissions in the period between 1990 and 2011–a six percent increase if you widen the time frame to 1850-2011. This shows a clear rise in the pollution share corresponding to the rapid economic growth in the two countries but this share is dwarfed by that of America and Europe which is a huge 52% between 1850 and 2011.(2)

The detrimental impact of colonialism on the natural resources of their colonies has been well documented none better than in Eduardo Galeano’s 1973 masterpiece ‘The Open Veins of Latin America.’ This impact continues today in the form of capitalistic imperialism showcased by the attempted Bolivian coup for Lithium reserves.(3) However, the impact of this imperialism manifests itself in far more subtle and equally, if not more, harmful ways. The outflow of raw materials from developing countries has continued in the globalised economy through trade, albeit with slightly more fair compensation than the colonial era. It has been inculcated into mainstream development theory  as a structural feature of developing countries that they will export primary sector raw materials and cash crops and developed countries export manufactured goods (Debraj Ray 1998) but this ignores the historical and cultural context that offers an alternative explanation for this trend.(4)

One way to analyse this flow that was developed are ‘the material footprints of nations,’ defined as “the global allocation of used raw material extraction to the final demand of an economy.” Studying these footprints show that developed economies consciously externalize resource-intensive processes and that 40 percent of the total extraction of raw materials globally was used for trade in other countries.(5)

However, the effects of imperialism on ecology go well beyond monetizable natural resources. As noted earlier, the historical share of the West in carbon emissions is very disproportionate. Put simply, Europe and America used up the ecological capital of the world during the industrial revolution phase and the developmental activities of third world countries in the past few decades have a more severe impact on the atmosphere leading to dystopian looking cities like Delhi and Beijing.

Similarly, late stage imperialism has had a considerable negative impact on water resources via two primary avenues–deforestation and water grabbing. Large scale deforestation to make space for industrial projects has disturbed the hydrological cycle resulting in lower rainfall, changing monsoon cycles, and reduced water availability as a whole.(6) This scarcity of water and the expected value of water rich areas has led to exploitation down the second avenue of water grabbing. Corporations and investors are consciously avoiding purchasing international land without a water source nearby. Water has been recognised by governments (primarily USA) as a major source of private profit and soft diplomatic power in the coming years and thus, important resources are being weaned away from the global South in the name of development.(7)(8)

It therefore becomes clear that the West is disproportionately responsible for the current state of affairs and this has been largely accepted by the countries. Moreover, it has been established that countries in warmer climates–primarily developing countries–will face the brunt of the climate crisis. Africa, Indian sub-continent, and large parts of South America will experience extreme changes earlier, after a 1.5 degree increase in global temperatures.(9)

Thus, areas that have not caused the problem will face its worst consequences. There have been some measures to rectify this imbalance. The Paris Climate Accord corrected this in part with placing the financing burden of climate adaptation on these countries and ensuring that the Least Developed Countries and Island States receive more aid.(10) However, the Trump administration has since pulled out of the agreement stating that the terms were unfair to America while ignoring all the factors mentioned above. Trump has vowed to renegotiate a more favourable agreement to the United States if he is re-elected in November.(11)

There are major shortcomings of the agreement itself as it fails to enforce any legally binding commitments or place restrictions. The agreement is merely a record of voluntary Nationally Determined Contributions (NDCs) with the aim being to force nations to take the lead. The measures listed in these NDCs are inadequate to achieve the goal to limit the rise in global temperatures and since they’re not binding, countries are failing to follow through on these commitments.(12)

In the face of these damning facts, the very least national leaders can do is not demonize the East and pretend that the climate crisis is a distant irrelevant problem (like with the pandemic). The first step towards dealing with the problem is acknowledging its existence which seems a very incredulous statement given the very apparent impact of climatic changes. The West needs to recognise that it is substantially responsible for the current state of affairs in the world’s most polluted areas and take active measures to provide help. In fact, it is of paramount importance for governments across the globe to deal with the crisis as a truly international problem. Realpolitik can perhaps be set aside for matters less pressing.

Naturally, imperialism’s culpability extends to the implicit faults of the capitalist system that has been one of the root causes of inequalities across regions. “Nevertheless, there is very little consciousness at present that imperialism, representing the global rift inherent in the world capitalist system, is an active force organized against ecological revolution, seeking to lock in the fossil fuel system and the current regime of maximal environmental degradation and human exploitation. Twenty-first-century imperialism is, in this sense, the exterminist phase of capitalism,” write Foster, Holleman, and Clark in their critical essay ‘Imperialism in the Anthropocene.’(13)

Imperialism and capitalism supplement each other and breaking this cycle is of paramount importance to reform climate change. However, there continues to remain a clear gap between the need for change and the measures enacted. Paris was COP21 and we are now past COP25 and still off-track to limit global temperature rise to 1.5 degrees Celsius. In fact, the COP25 summit in Madrid in December last year summed up the inefficacy of prevailing procedures. There was a clear lack of ambition at the talks and only 80 of the 196 countries that entered into the Paris agreement have added to their NDCs since. These 80 countries are also primarily small and developing nations. There was a parallel conference held on climate change at the same time as the COP25 held by young European climate strikers, indigenous leaders, and several artists (local and global) deep inside the Amazon rainforest.(14)

The two conferences signified the sheer disconnect between the impacted people and the policy-makers. For all their diplomacy, countries still have not been able to come up with a set of rules governing ‘carbon markets’–another symbol of capitalist excess.(15) Setting up a carbon market will again help the richer countries and yet, a consensus cannot be reached. It is beyond time that the voices of indigenous people and the younger generation be not only heard but listened to. This is not only because they are major stakeholders but also because they know what works. Natives managed to survive and develop for centuries without harming the environment and it makes more sense that their systems are used in the modern world given that the policy experts have failed so spectacularly. The call to action must be answered but those in power apparently have their phone on mute.