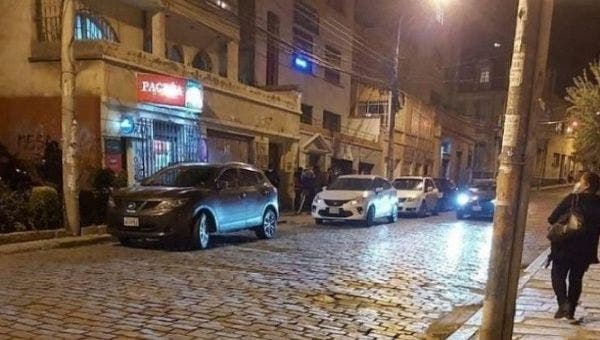 On Thursday night, the Movement Towards Socialism (MAS) spokesperson Sebastian Michel denounced that Bolivia’s President-elect Luis Arce was attacked with dynamite while he was in a meeting at the party’s headquarters in La Paz city. No injuries were reported.

The authorities of the coup-born regime led by Jeanine Añez have not commented on what happened so far.

“We have not seen any statement on the subject from Interior Minister Arturo Murillo. We feel that we are totally unprotected. No one provides us with the security guarantees that our authority requires,” Michel said during a television interview.

The incident took place on the day in which some groups of the Bolivian far-right right began a strike in Santa Cruz in rejection of the result of the presidential elections held on Oct. 18.

The return of democracy is still not secured in #Bolivia as fascist violence on the streets has led to right-wing politicians salivating at the prospect of a second coup. The organised working class & social movements will do everything possible to ensure that doesn't happen. https://t.co/yrpAmubqje

In previous days, other incidents of violence and aggression against the social and union organizations that support the Socialist party were also registered. As a result of one of those attacks, mining leader Orlando Gutierrez died on October 28.

Michel strongly rejected the declarations of right-wing politicians who try to confuse the Bolivian citizens by insinuating that the Socialists would be arming popular militias.

“The government of Luis Arce will not allow any irregular armed group in Bolivia or the use of weapons,” the MAS spokesperson stressed, as local outlet EJU reported.