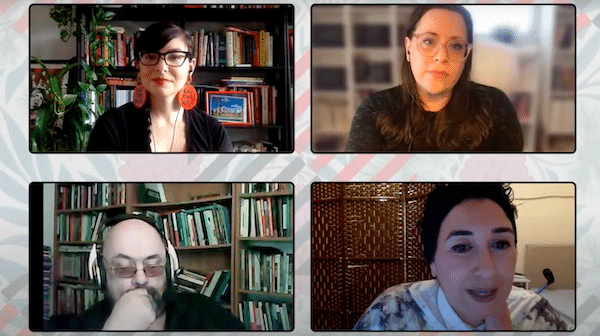 With Ashley Bohrer, Holly Lewis & Paul Reynolds Over the thirty years since Kimberlé Crenshaw coined the term, intersectionality has significantly reframed the discussion around identity, subjectivity, power, and resistance. Coming out of Black feminist thought, intersectionality highlights the insufficiency of thinking about axes of oppression and exploitation (race, class, gender, sexuality, ability, etc) in insolation from one another. Despite its powerful linkage of the structural and subjective, intersectionality has had an uneasy relationship with other left political and theoretical traditions, especially Marxism.

Two books – The Politics of Everybody: Feminism, Queer Theory and Marxism and the Intersection by Holly Lewis and Marxism and Intersectionality: Race Gender, Class and Sexuality under Contemporary Capitalism by Ashley Bohrer–have provided significant critical analyses that have realigned intersectional ‘traditions’ and positions, or ‘vectors’ with Marxist and radical theories and politics.

This panel will provide an updated reflection on the relationship between Marxism and intersectionality and offer a critical gaze of what intersectionality adds (and possibly subtracts from) contemporary Marxism that is inclusive, enabling and powerful in building political practice.