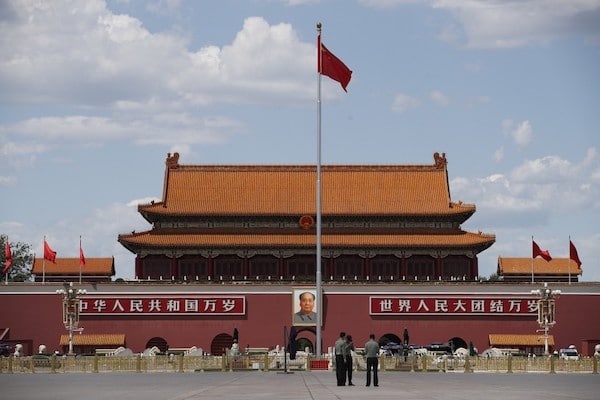 China has described a U.S. report on how Washington should confront and contain Beijing as having been “concocted by Cold War fossils” who are destined to be “swept into the garbage dump of history”.

The comments by the foreign ministry came after the administration of outgoing U.S. President Donald Trump released a 74-page framework document that also outlines what it says are China’s ambitions to displace the United States as the world’s superpower.

“The document is another anti-China lie concocted by Cold War fossils from the U.S. State Department,” ministry spokesman Zhao Lijian said on Friday.

“It fully exposes the deep-rooted Cold War thinking and ideological prejudice of some people in the U.S., and also exposes their fear, anxiety and unhealthy mentality about China’s continuous development,” he said.

They are doomed to fail, and will eventually be swept into the garbage dump of history.

In the document, which was first reported on by Axios, the State Department’s policy planning office outlined the steps Washington should take in response to what it refers to as Beijing’s intent to revise the world order around its own authoritarian goals.

According to the report, the U.S. should maintain the world’s most powerful military, fortify the open and rules-based international order, re-evaluate and strengthen its alliance system, educate the U.S. public about the China challenge, and constrain and deter the ruling Chinese Communist Party as required.
“The [Communist Party] aims not merely at pre-eminence within the established world order–an order that is grounded in free and sovereign nation-states, flows from the universal principles on which America was founded, and advances U.S. national interests–but to fundamentally revise the world order, placing the People’s Republic of China at the centre and serving Beijing’s authoritarian goals and hegemonic ambitions,” it said.

The paper, which outlines China’s military strategy, reshaping of international institutions, ideologically Marxist-Leninist underpinnings, hyper-nationalism and repression of its people, is intended as a “long-term view” for a China policy blueprint that would “stand above bureaucratic squabbles and inter-agency turf battles and transcend short-term election cycles”, it said.

Chinese analysts likened the report to a modern-day version of U.S. diplomat George Kennan’s 1946 “Long Telegram” that outlined a new strategy for diplomatic relations with the Soviet Union and later formed the basis of America’s Cold War policy.

“Releasing this report right now is meant to imitate Kennan’s thinking on containment against the Soviet Union, helping to formulate the basis for a new ‘containment’ policy against China and to restrain a new administration’s China policy,” Wei Zongyou, a professor specialising in China-US relations at Fudan University, said.

He does not want to give Biden room to ease relations.

Under the Trump administration, the U.S. has taken an increasingly hardline approach to Beijing that has accompanied a growing consensus that decades of “engagement” policy has failed to liberalise China.

The report says there has been a growing awareness that the Communist Party has triggered a “new era of great-power competition”, with tensions stoked by the coronavirus pandemic that began in central China’s Wuhan.

But Liu Weidong, a U.S. affairs expert from the Chinese Academy of Social Sciences, said the report was unlikely to make waves in China as it was unclear how much of the framework would carry over into president-elect Joe Biden‘s administration.

Biden is slated to enter the White House on January 20, but Trump has refused to concede defeat in the election and has mounted legal challenges to its result.

“Trump’s term is almost up and his actions are just intended to create an established model or established reality for Biden,” Liu said.

“I don’t think this will have a large impact on China-US relations because there are often politicians in the U.S. that criticise China, and often with more extreme rhetoric.

And yet, China-U.S. relations are still like this are they not? Everyone knows the relationship is not good and this document will not cause relations to suddenly decline more, and besides, there is not much room to decline further.

The report also identifies areas where China may be vulnerable, including the political risks from economic stagnation, an ageing population, environmental degradation, local and elite-level corruption within the Communist Party, domestic repression of ethnic and religious minorities, questions of leadership succession and international distrust of Chinese foreign affairs.

But observers said its emphasis on alliance systems and the international order appeared to diverge from the Trump administration’s favoured “America first” criticism of multilateralism. 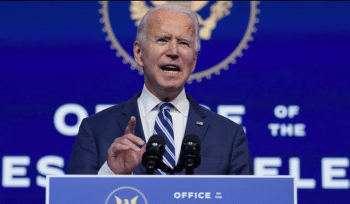 America is unlikely to soften its stance on China after Joe Biden takes over in the White House, observers say. Photo: AP

Liang Xunxiang, an international relations expert at Peking University, said the mainstream bipartisan opinion in the U.S. was that China was a competitor, something that would carry over even with a new president.

“Trump is more focused on the interests in front of him, but Biden may be more longer-term in his thinking, so even though we temporarily expect China-U.S. relations to be eased, there will still be many troubles ahead for China,” he said.

Steve Tsang, director of the SOAS China Institute at the University of London’s School of Oriental and African Studies, said the hardline stance reflected by the document would continue in Biden’s administration.

“There is an increasing bipartisan approach in Washington on relations with China, which includes a recognition that one of the key assumptions Washington had previously, namely that China would become more like the USA, cannot be sustained, and a more realistic approach will need to be taken,” he said.

This will not change under Biden. What will change is that Biden will be much more consistent and calibrated in his approach with China, and in working with U.S. allies in doing so.

The document, he said,

merely reflects a basic shift in how the U.S. establishment looks at U.S.-China relations.

It would be misleading to say that this document, produced at the end of one administration–and the most erratic one in living memory–will define U.S. policy for generations to come.