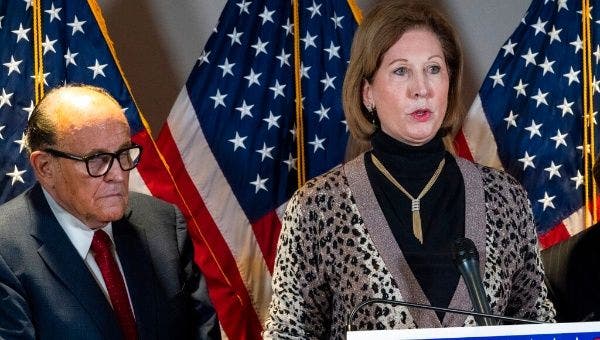 The legal team of U.S. President Donald Trump has formally distanced itself from attorney Sidney Powell, who this week took to a nationally televised press conference to make claims that the late Venezuelan President Hugo Chavez had a hand in the 2020 U.S. elections.

Powell made claims of “massive influence of communist money through Venezuela, Cuba and likely China, in the interference with our elections here in the United States” specifically making reference to voting machines which she falsely claimed of being rigged by the late revolutionary Venezuelan Head of State, making the Trump campaign the laughing stock of social media for the rest of the day.

Trump blames Commander Hugo Chavez, who passed away in 2013, of communist inference in the U.S. presidential election. @teleSURenglish pic.twitter.com/AzuBwrNdur

“We have one very strong witness who explained how it all works,” said Powell.

As the clip went viral with added commentary from liberal media pundits, there was little in the way of support for her claims from the Trump camp.

The statement released by the Trump campaign legal team which was shared on the twitter account of adviser Jenna Ellis, says “Sidney Powell is practicing law on her own. She is not a member of the Trump Legal team. She is also not a lawyer for the President in his personal capacity.” The notice was signed by both Giuliani and Ellis.

Though the campaign is now publicly distancing themselves from Powell, she has made several apperances on behalf of Trump’s campaign on Fox News.

Trump and Vice President Mike Pence have committed to waging legal battles in Pennsylvania, operating on the insistence that the November election was stolen by former Vice President Joe Biden, who infact won the popular vote as well as the electoral college.