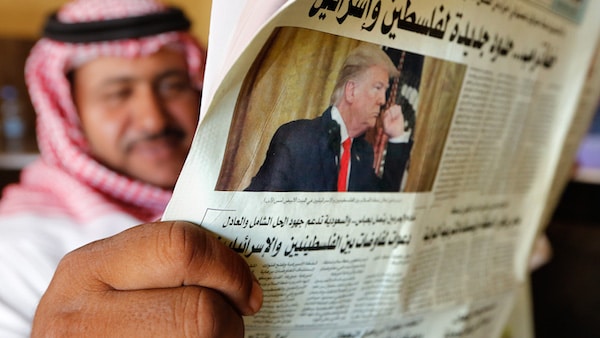 While the administration of Donald Trump readies its exit from the White House and the Middle East, Saudi Arabia’s use of American diplomatic cover and weapons alike has taken on a fevered pace as the Kingdom deepens the tragedy it has afflicted upon Yemen, where millions of forgotten people are struggling against a cold winter, starvation, epidemics, and the worst blockade in the modern era.

Since November 3, 2020, when the fifty-ninth quadrennial presidential election began followed by the widespread controversy, lawsuits, and recounts across several states, the oil-riched Kingdom has waged a scorched-earth campaign against the Yemeni districts of Marib and Al-Jawf, as well as border areas in Sana’a, Sadaa, Hajjah, Amran, and Hodeida.

On Friday, Saudi warplanes struck populated neighborhoods in Sana’a with at least 20 airstrikes One person was killed and dozens were injured and a number of purebred Arabian horses were killed in strikes that hit a military college near Suq Al-Rwada. Seven airstrikes hit government buildings located near water pumps.

Thousands of tons of western weapons, particularly from the United States, were also dropped on multiple directorates across the provinces of Sadaa, Marib, and al-Jawf as well as districts and provinces across the country.

The unjustified escalation, which came on the back of a brief period of hope that briefly preceded the U.S. pre-election, was not only a last-minute gift to Saudi Arabia from the Trump administration before he leaves the White House in January, but also served to prevent the advance of the Yemeni army supported by Ansar Allah (Houthis) and tribal fighters in the oil-rich province of Marib.

On the Yemen-Saudi border, an intense Saudi bombing campaign aims to force the remaining residents in the area to flee. Saudi Arabia seeks to establish buffer zones on the border inside Yemeni territory in anticipation of any developments made by the incoming U.S. administration after Riyadh failed to achieve that goal through indirect negotiations with Sana’a, sources told MintPress.

In retaliation for Saudi escalation, the Yemeni army, and Ansar Allah targeted Saudi Arabia’s vital oil sector, striking an oil facility in the Kingdom’s Red Sea city of Jeddah. The facility was targeted by the high precision Quds-2 winged missile, a new generation of locally-made winged missiles that recently entered service after successful tests. In the wake attack, videos circulated on social media show a column of smoke rising from burning flames at the facility as sirens of emergency vehicles can be heard in the background.

The move just days before news was leaked that the British government secretly sent British soldiers to protect Saudi oil facilities in the wake of a similar attack in 2009 and occurred the day after the kingdom hosted a virtual summit of G20 nations.

The spokesman for Yemen’s Armed Forces, Brigadier General Yahya Saree, said in a statement in the wake of the attack that the Saudi oil facility was targeted in response to ongoing Saudi military operations and blockade. He warned foreign companies operating in Saudi Arabia “to avoid vital installations” which could be involved in ongoing operations.

The strike was meant to send a signal to both Saudi Arabia and Israel, according to officials in Sana’a. The strike against the Aramco facility, located more than 390 miles from Yemen’s border, underscores Yemen’s increasing ability to hit targets deeper inside Saudi Arabia with cruise and ballistic missiles, as well as drones. A high-ranking source in Sana’a told MintPress that “the consequences of any insane recklessness by Saudi Arabia, Israel, or the current U.S. administration in the lost time of Trump’s term will be dire to Riyadh, Tel Aviv, and the interests of their allies in the region.” When pressed, he gave no additional details.

“An explosion took place as a result of a terrorist attack by a projectile, causing a fire in a fuel tank at the petroleum products distribution terminal in the north of Jeddah,” the Saudi energy ministry said in a statement. On Tuesday, Abdullah al-Ghamdi, the manager of the North Jeddah Bulk Plant, told reporters during a tour of the facility that one of the 13 tanks used for diesel oil, gasoline, and jet fuel at the facility had been damaged and was out of service, adding “ the attack had been “similar to what happened at Khurais and Abqaiq.”

Satellite imagery from #Jeddah, #KSA shows damage to one storage tank after the reported attack by #Houthi’s over night with a Quds-2 cruise missile. Fire suppression foam can be seen next to the storage tank. Tank appears to be more penetrated than anything. pic.twitter.com/IYfl3BbEJE

As the kingdom’s policy since 2015, when its war began, Saudi Arabia sold the attack to the world as targeting international interests. The Kingdom went further and accused Ansar Allah of attacking an oil tanker in the Red Sea. A Maltese-flagged oil tanker managed by Greece was damaged due to an explosion near Shuqaiq in southwestern Saudi Arabia but Ansar Allah has not yet claimed responsibility for the incident. Prior to that, the Saudi-led coalition claimed on Tuesday that it had removed and destroyed five naval mines in the southern Red Sea.

On Sunday, 15 Saudi troops, including officers, were killed or injured in another retaliatory attack, this one marketing the Saudi-led coalition’s Tadawain Camp in Ma’rib, 20 kilometers east Sana’a, according to Brigadier Yahya Saree, the spokesman of the Yemeni Army. Saree said in a statement on Sunday that missile forces hit the Joint Operations Room of a coalition camp in Marib, killing eight Saudi troops and injuring seven. He added that Yemeni forces are observing enemy movements, and will target them wherever they are. In the wake of Saree’s announcement, Saudi state media announced that Saudi troops were killed in battle with no mention of where or when they were killed.

For his part, Muhammad Abd al-Salam, a spokesman for Ansar Allah, said that Saudi wailing following every painful retaliation is what is required. He added,

the international community has to pressure Saudi Arabia to stop the aggression and [the] blockade because the Yemeni people deserve to voice their suffering too.

Yemen suffers from the world’s worst humanitarian sparked by five years of Saudi bombing and blockade. The humanitarian crisis has worsened this year as international donations have dried up and the Trump administration has suspended aid to the north of Yemen where most of the country’s population lives. The U.N. The Secretary-General warned last week that Yemen faces the worst famine in decades, saying that the country is in imminent danger and that without immediate action, millions of lives may be lost.

As the Trump administration gets ready to depart the White House, the Saudi-led Coalition is scrambling to get the last-moment boon by pushing the U.S. to designate Yemen’s most powerful resistance force, Ansar Allah, as a terrorist organization in a move that would not harm the “Houthis,” but would punish millions of innocent Yemenis already suffering from widespread malnutrition, starvation, and disease. ِ

According to media reports, the Trump administration is preparing to designate the Houthis as a terrorist organization before leaving office in January. U.S. policy in Yemen has been a disgrace for the past five years, drawing ire on U.S. soil and from abroad, and few Yemenis were surprised that the Trump administration would enact such a policy on its way out the door after having already suspended aid to 80% of the population residing in the north of the country.

Designating Ansar Allah as a terrorist organization will make an already catastrophic humanitarian crisis even worse and impede the work of the many NGOs providing lifesaving assistance in the country. Almost certainly, the unexpected designation would prevent the critical delivery of food, medical supplies, and other items necessary to combat both COVID-19 and famine, according to international organizations.

“The lives of millions of vulnerable children in Yemen are already at risk—this policy will only deepen their suffering by further restricting humanitarian access to vulnerable communities. Recent evidence continues to point to a worsening malnutrition crisis for children,” said Janti Soeripto, the president and CEO of Save the Children.

Even if a humanitarian exemption is permitted, this designation will likely make reaching children and families more difficult and could also heighten security risks for our staff and hinder the fragile peace process.

The designation will not only make it more difficult to reach a negotiated settlement to end the war but will put the whole region, particularly in the Red Sea, on the edge. For their part, Ansar Allah will not remain idle by while, as a number of Ansar Allah decision-makers told MintPress, “they see their relatives dying of starvation at a time when others, those who made the country to the worst place on the earth, are blessed with oil and freedom of navigation at sea.” That message, it seems, was delivered to Jeddah on the back of Ansar Allah’s newly minted Quds-2.