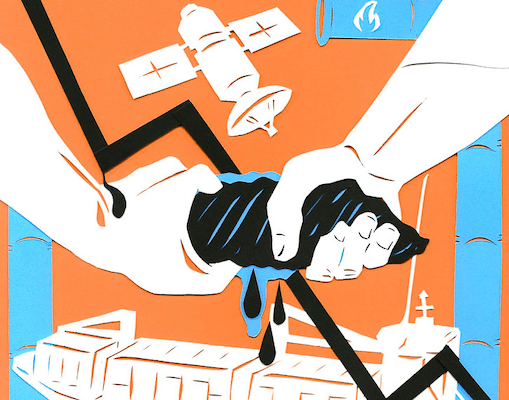 When the fourth National Assembly took its seat in Caracas, it was used by the United States government and a section of the Venezuelan right wing in their attempt to overthrow the government of Maduro and the Bolivarian Revolution. From within the National Assembly, the U.S. government and the most extreme elements of the Venezuelan opposition plucked out an obscure politician, Juan Guaidó, and selected him as their instrument to delegitimise the politics of Venezuela. The U.S. State Department bizarrely appointed Guaidó as the president of Venezuela, his authority almost entirely derived from the pronouncements of U.S. Secretary of State Mike Pompeo. All attempts to overthrow the government of President Maduro failed, although the U.S. escalation of sanctions and the forced seizure of more Venezuelan assets outside the country have taken a severe toll on the people of Venezuela and on the country’s ability to fully exercise its sovereignty. 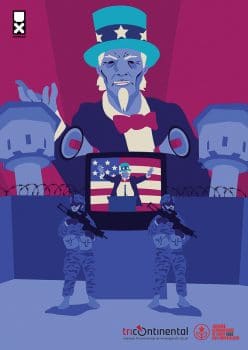 According to the Venezuelan Constitution, the fourth National Assembly’s term lapsed in December 2020, which means an election had to be held to seat the fifth National Assembly. This election was held on 6 December. Shortly before the election, I met with a series of political leaders in Caracas who oppose the government of President Maduro and contested the National Assembly election against the PSUV candidates. ‘We are the invisible opposition’, said Pedro José Rojas, a leader of Acción Democrática (AD), which, alongside the Comité de Organización Política Electoral Independiente (COPEI), form the partidocracia or the old political establishment. These parties are against the government, but not against the political system and are not in favour of the extreme opposition of Guaidó or the U.S. attempt at regime change.

The U.S. unilateral sanctions, Rojas said, ‘have had a devastating impact for the Venezuelan people. They have not fulfilled what they are supposed to do’; namely to conduct regime change by the range of hybrid war techniques employed by the U.S. government against Venezuela since the election of Hugo Chávez in 1998. Juan Carlos Alvarado, a leader of COPEI, said that ‘the blockade has had a terrible impact on the country’. In fact, the entirety of the opposition that is participating in the elections and that believes that the democratic way is the only way forward say that in 2021 they would like to work with the President to set up a commission to investigate the harsh impact of these U.S. sanctions on all Venezuelan people. 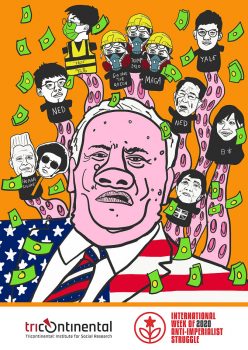 Guaidó and the extreme, undemocratic opposition–alongside the U.S. government and the European Union–had argued long before the election that the 6 December election was fraudulent; after the election, both the US and the European Union offered stale statements of condemnation. The U.S. State Department has on several occasions interfered in the election by sanctioning the officials in the National Electoral Council (CNE), including its president, by sanctioning opposition candidates, and by shaping a storyline that focused on unproven allegations of fraud. Opposition politicians such as Bruno Gallo (Avanzada Progresista) and Timoteo Zambrano (Cambiemos) told me that there is no fraud in this election, but only the normal irregularities (such as, they said, that the state media favours the incumbent; although private media favours the opposition). Gallo told me that he had spent ten years looking closely at the CNE for fraud, with the intent to undermine it, but could not find any evidence of sustained fraud. This is a fair election, they said, as far as elections go.

The result came in by nightfall: the PSUV won a majority of the seats, although both the right-wing and left-wing opposition earned a third of the votes. On a lovely December day in Caracas, more than five million people came to polling centres across the country to cast their ballots. The turnout–near 32%–is about average for a non-presidential election, particularly due to the pandemic, the shortages of fuel (which hamper transportation), and the atmosphere of fear created by the extreme right-wing calls for boycotts. In comparison, an election in Romania on the same day saw a turnout of 30% and the municipal election in Costa Rica in February this year saw 34% of the electorate come to vote. There was no violence in the country, nor were there any serious complaints of fraud to the CNE. The morning after the election, Venezuela’s foreign minister Jorge Arreaza said of the election campaign and voting that Venezuela has completed a ‘peaceful journey where democracy triumphed and where the Venezuelan people triumphed’. 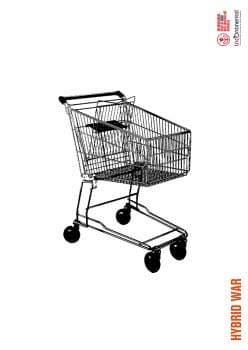 Since the election campaign run by a popular movement led by Hugo Chávez in 1998, the United States and its allies have waged a hybrid war against the possibility of a different future for Venezuela and for Latin America. The term ‘hybrid war’ is a key concept of our work at Tricontinental: Institute for Social Research, since it has helped focus our attention on the many new forms of warfare used by the United States and its allies against anyone who challenges U.S. authority. Our Tricontinental: Institute for Social Research dossier for January 2021 will provide a conjunctural analysis of the world situation and properly develop the concept of hybrid war.

Rather than conduct a frontal military attack against its adversaries, the U.S. has gone to war along axes such as diplomacy, communications, trade, and commerce. For instance, the control of U.S. media organisations to shape the narrative of world affairs has been used as a weapon against U.S. adversaries such as Venezuela, whose government is described by this media as a ‘regime’ and not a ‘government’, and whose struggles in a complex world are blamed entirely on government policy or ‘corruption’ rather than on the impact of colonialism, the intensification of inequalities by the capitalist world system, and the harsh attack by the imperialist powers–including the sanctions regime.

As part of this information war, a front of the hybrid war, it is important for the U.S. and the European Union to delegitimise Venezuela’s political culture and to therefore reject this election; the statements released by the European Union and the U.S. were probably written days before the actual election, because they do not reflect at all the events that took place on 6 December. The European Union did not send observers to Venezuela, and therefore based their own statement on their prejudices rather than on credible reports from the ground. I was an electoral observer for the CNE and would like to say–in my personal and professional opinion–that I saw no evidence of fraud in the election; this was also the view of the opposition leaders who told me categorically that they did not believe that there was any fraud in the election. 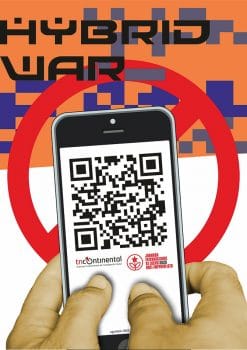 Hybrid war takes on many forms, and none of them are easy to visualise. In this fourth and final Anti-Imperialist Poster Exhibition: Hybrid War, 39 artists from 18 countries contributed posters that help give visual expression to this defining concept of our times. This exhibition was launched on 3 December in solidarity with the people of Venezuela in the lead up to the National Assembly election. It looks at how the U.S.-led hybrid war manifests itself from Venezuela to India, from Cuba to China to Brazil and beyond. These posters are a living testimony to people’s struggles against imperialism.

The new National Assembly will take its seat on 5 January, fifteen days before the transfer of power in the United States (where Trump also alleged fraud). The US, Maduro said, ‘does not decide what we do in Venezuela’. This is true politically, but because of the U.S. control over information and economic activity through control over parts of the financial system and through payment reconciliation systems, the U.S. does constrain the possibility of Venezuela to act on behalf of its people. Hugo Chávez used to say ‘viviremos y venceremos’–we will live, and we will overcome. That is the sentiment inside Venezuela across the various political lines; it is what gives hope to people.