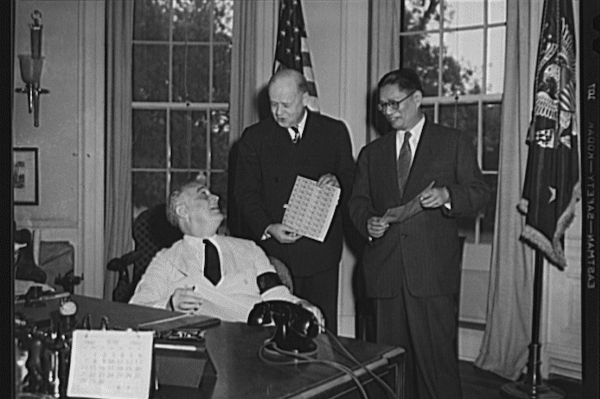 On December 6, 2020, Qiao Collective member Charles Xu spoke on a panel hosted by Codepink and The People’s Forum on how to challenge the U.S.-led hybrid war on China and the role of those in the imperial core. Below is the written text of the talk given by Qiao Collective on the panel. It touches on a wide array of topics including: the role of Westerners when it comes to China, China’s push towards socialism, and combating propaganda narratives on China.

Event description: “In the face of growing, bipartisan U.S. aggression on China, misinformation, racist narratives, and warmongering make it difficult to understand the situation clearly. It is the responsibility of all people who hope for a world without war, discrimination, and marginalization to understand the situation and do what we can to make a change. Join us for the second in a two-part teach in to hear from diverse voices from different sectors of society as we consider what actions we can take: What can we as organizers, activists, students, workers, do to push for deescalation and an end to this U.S.-imposed new cold war?”Event link: https://peoplesforum.org/event/teach-in-us-aggression-on-china-what-can-we-do/

I’d like to start by thanking the People’s Forum for organizing this event, and by positioning ourselves as Qiao Collective. Our website describes us as “a diaspora Chinese media collective challenging U.S. aggression on China.”

In doing so we must remember that the People’s Republic of China once was, within living memory, a north star for much of the Western left. Since then, the two have largely lost contact and gone their separate ways. We need to examine the reasons why and heal this rift, especially with a new Cold War on China approaching at terrifying speed. After all, the U.S. left played the decisive role in the domestic movement to end the Vietnam War, largely because its most radical elements identified so fully with the official enemy.

Diaspora Chinese: we in Qiao Collective belong to the Western left by virtue of our geography, our acculturation, and our involvement in local struggles ranging from tenant organizing to police abolition. But we, or at least our families, hail from across mainland China, Taiwan, Hong Kong, and southeast Asia. As such we have a foot in both worlds and are in a unique position to bridge that divide.

Media collective: Hopefully all of us agree that the relationship between the Chinese left and the Western left would be enriched by having all voices represented–especially those that usually get filtered out before reaching the other “side.”

In the West, we rarely hear from those on the Chinese left who broadly support their government, who don’t openly advocate for Western-style capitalist democracy, who aren’t some flavor of “dissident,” usually elevated by Western media. And we virtually never hear what original insights they may have about American politics. This kind of intellectual gatekeeping is hugely counterproductive. With our translations of writings by Tù Zhǔxí (Chairman Rabbit) on U.S. electoral politics, by Jīliú on the George Floyd uprising, and by Zǐ Qiú on the U.S. pandemic response, we aim to start filling that gap.

Conversely, the Chinese left isn’t much in dialogue with the U.S. revolutionary left. But many of us in Qiao have thrown ourselves into the George Floyd uprising and into the ongoing movements for Black liberation, for police and prison abolition, for Indigenous sovereignty and decolonization. We have the immense honor of working alongside groups like Black Alliance for Peace, Red Nation, and Anticonquista in a common front against U.S. colonialism and white supremacy. We’re especially indebted to our comrades at Red Nation for pointing out that the U.S. military encirclement of China intensifies the colonial oppression of Hawai’i, Guam, Okinawa, and many other Pacific Islander peoples. And much of our Chinese-language social media presence is dedicated to bringing awareness of these shared struggles to a Chinese left audience.

We’ve been pleased to see these analyses picked up as talking points by high-level officials as well! For example Huà Chūnyíng, spokeswoman for the Chinese Foreign Ministry, now routinely drops zingers into her press conferences about police lynchings or the genocide of Indigenous people in the United States. Let’s not be so quick to dismiss that as “whataboutism.” After all, that term originated during the Cold War to deflect criticism of the horrors of Jim Crow apartheid. So-called “whataboutism” from the Soviet Union, China, and other socialist states placed tremendous worldwide pressure on the U.S. government to give into many (though of course not all) of the demands of the civil rights movement.

So in those remarks we hear echoes of China’s bold proletarian internationalism during the Mao era, which bound it so tightly with the most revolutionary elements of the Western left. We want to encourage a return to such internationalism–among our Chinese comrades, yes, but even more importantly among our Western comrades. We believe the Chinese left should once again see itself as part of a common struggle by the nations and peoples of the Global South, the “darker nations” as Vijay Prashad puts it, to free themselves from the shackles of neocolonialism. And we want as much of the Western left as possible to come over to that side of the struggle. Which is why we’re proud to work in close collaboration with the Tricontinental Institute and of course the People’s Forum and Codepink.

But bridging the divide between China and the U.S. left (and the broader antiwar movement) remains very much an uphill battle. As materialists, we must examine the real historical forces that led to this ideological parting of ways.

So let’s start with the basics: the mid-to-late 70s saw the end of the Cultural Revolution, the cementing of the Sino-Soviet split, and a growing diplomatic rapprochement between China and the US. All of this led the United States to pursue a strategy of so-called “engagement,” which in reality meant:

That was the plan. China, on the other hand, entered this relationship with the intention of retaining full political sovereignty and strategically using Western investment to develop its own productive base. It may have started as the “world’s factory” but it’s not content to remain there. Instead it’s moving rapidly up the value chain, eating into Western companies’ share of the profits from Chinese labor, and challenging the U.S. high-tech monopoly.

China can thereby push for a truly multipolar world order from a position of security and strength. It lends immense material and diplomatic support to countries in the Global South that are facing U.S. economic strangulation and regime change: among them Iran, Cuba, Venezuela, Bolivia, and the DPRK. Much like the Soviet Union once did, but arguably with even greater resources at its disposal.

And of course, just as it did with the Soviet Union, the U.S. tries to spin these displays of South-South solidarity as a sinister plan for world domination. In this way it seeks to project (or rather displace) its own crimes and social ills onto China: as a hyper-capitalist, imperialist power founded on racism and settler colonialism. Of course the government is only doing this so nakedly now because the strategy of engagement manifestly failed from its perspective. But perversely, the fact that it so long appeared to succeed is what alienated the Western left from China, and conditioned it to see in China a reflection of America’s own monstrous image.

On the domestic front, the U.S. propaganda machine mostly works instead to position China as this great, menacing oriental Other. We’ve seen this during the COVID-19 pandemic in Trump’s rhetoric about the “China virus” and in Biden’s attempts at one-upmanship. In a spasm of overt and often violent anti-Asian racism on the streets. And at the state level, in the racial profiling and persecution of Chinese academics and researchers.

In this atmosphere the specter of McCarthyism looms large. I worry we’ll soon see a return to loyalty oaths, to professional blacklists, to the most rigorous thought policing to ensure that no one of Chinese descent can contradict the favored narratives of the State Department and remain in public life. And it’s extremely concerning to us that many on the Western left seem intent on applying the same litmus test in our own circles.

As anti-imperialists living in the imperial core, we in Qiao insist that our primary responsibility is to disrupt the U.S. war machine, not to debate the social or economic character of countries that are in its crosshairs. But within left spaces, we do also insist on the socialist direction of China’s developmental path. A path beset by many reversals and compromises–but in a deeply inhospitable world order, starting from a position of feudal poverty, semi-colonial subjugation, foreign invasion, and civil war.

As Marxists we insist on treating “socialism with Chinese characteristics” as a process. A dialectical process rife with contradictions but also replete with possibilities. Not a static condition, much less one that China could somehow attain a mere four decades in.

As Jodie mentioned, China just achieved a milestone in that process: the complete elimination of absolute poverty. A monumental achievement. 850 million people freed from abject want in just 40 years, and it went almost completely unheralded in the Western press. Absolute crickets, and that includes most so-called “left” outlets.

China’s response to COVID-19, now the envy of the West, also showed the world the true face of a society founded on solidarity, on putting people over profit. Western journalists focused almost exclusively on its top-down, “draconian” nature, on initial hesitations and missteps which were blown grotesquely out of proportion. They didn’t report on the titanic grassroots mutual aid efforts organized by local Communist Party cells. The contrast with the United States could hardly be more stark. Here we’re seeing daily case counts in excess of 200,000, nearly three times China’s total over the course of the entire pandemic. We’re seeing a wave of mass evictions that has already claimed an estimated 10,000 lives and is set to intensify dramatically.

A media landscape that buries or ignores such stories–that limits itself exclusively to the discursive terrain set by our enemies–is an impoverished one. It’s one on which the left and the anti-war movement will lose every time, to a much more sophisticated and powerful propaganda apparatus. And it’s one that has already cost countless lives: not just abroad, by manufacturing consent for genocidal sanctions and regime change wars, but also here at home. The blood of covid-19’s many U.S. victims is at least partly on the hands of media outlets which, in their orientalist arrogance, uniformly denigrated China’s response and foreclosed the possibility of learning positive lessons from it.

To sum up—in spite of the pandemic, in spite of the trade war, in spite of nonstop U.S. aggression, China has met its 2020 deadline for ending extreme poverty. The next self-imposed deadline is 2049, the centenary of the Chinese Revolution, for becoming a “modern socialist country.” Sure, that’s a vaguely worded goal. But who among us does not want China to meet it in some way, shape, or form? Who among us with any human decency would greet the prospect with anything but excitement?