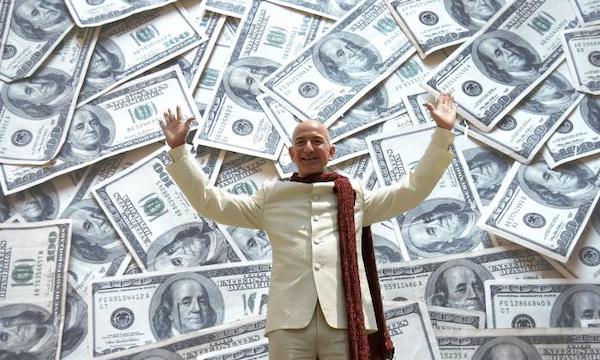 Millions of day labourers in India lost their jobs overnight earlier this year when Narendra Modi’s central government hastily announced a national lockdown. There were few welfare payments to fall back on. Many were forced to join large crowds walking hundreds of kilometres from the cities to their home villages, without any means to protect themselves from the danger of COVID-19 infection. In the following weeks and months, infections surged, and tens of thousands of India’s poorest people died.

In New York last month, public school teachers returned to classrooms after the summer break and the school closures that came with the first round of lockdowns in the northern spring. They hoped for, and were promised, safe working conditions. Instead they were provided a single bottle of hand sanitiser or mask per class, and in many schools they also had to contend with the consequences of extended school closures in a system starved of basic resources—such as ceilings collapsed from water damage, and rat faeces on the floors and in the desks.

In Singapore in April, a wave of COVID-19 spread through the tightly packed dormitories of hyper-exploited migrant workers. The dream city of neoliberalism quickly became a nightmare for these workers, who slave away to build the city’s shimmering skyline of giant, futuristic skyscrapers for shockingly low wages, when the dormitories were locked down to prevent the spread of the virus to the rest of the city. The healthy were forced to share the crowded spaces with the sick, and the virus spread like wildfire, reaching 1,000 cases a day.

These are just some of the examples of the pain, uncertainty and disruption that the pandemic has brought to billions of poor and working-class people around the world.

A Washington Post analysis of the economic impacts of the crisis in the US, published in September, argued that the COVID-19 recession is “the most unequal in modern U.S. history”. “Recessions often hit poorer households harder”, the authors wrote, “but this one is doing so at a scale that is the worst in generations”. Globally, more than 400 million people lost their jobs this year, and research by the United Nations University indicates that more than half a billion people are at risk of falling into poverty.

On the other side of the class divide, however, billionaires, particularly in the technology, pharmaceutical and retail sectors, have experienced a wealth windfall since the crisis began.

An Oxfam report from September, titled Power, Profits and the Pandemic, estimated that the fortunes of the world’s wealthiest 25 billionaires soared by US$255 billion between mid-March and late May alone, while the collective wealth of the estimated 650 or so billionaires in the U.S. increased by US$792 billion between March and August.

While workers have often been left to fend for themselves, or been thrown temporary scraps of welfare, major corporations have benefited from trillions of dollars of government bailout money. In one of many examples, German chemical giant BASF, which operates a number of plants in the UK, was handed a £1 billion emergency loan by the British government despite having already approved a plan, which was subsequently carried out, to distribute £2.75 billion in dividend payments to shareholders.

Many other companies have used the pandemic as cover for mass sackings, wage cuts and so on, while ensuring that profits and shareholder dividends continue for those at the top. One example mentioned in the report is that of U.S. clothing retailer Kohl’s. The company paid US$105 million in dividends to shareholders while refusing to pay for US$150 million worth of orders the company had placed with manufacturers in Bangladesh and South Korea, despite much of the work already being completed.

The company’s decision left thousands of already desperately poor garment workers with unpaid wages. One Bangladeshi worker, a young, pregnant woman who lost her job at a factory supplying Kohl’s in April, told the Guardian:

They did not pay us our wages, compensation or benefit, which I was owed after six years working there. The factory told us brands have cancelled or suspended goods that were ready to deliver. I have given all my energy making clothes for very low wages. Manufacturers and fashion brands can profit off the clothes, but nobody cares for us when we are suffering.

The Oxfam report is damning in its assessment of how the unequal impacts of the COVID-19 crisis reflect the systemic inequality of global capitalism. “The discrepancy in the economic impacts of COVID-19 is no accident”, it argues.

It is the result of an economic model that delivers profits for the wealthy, while extracting value from the many. The pandemic did not create economic, racial, and gender injustices; it has exposed and amplified them.

The report showcases everything socialists know is wrong with capitalism. It’s a brutal class-divided system ruled by individuals who grab as much profit as they can in the shortest possible time. The capitalist ruling class use their economic power and position in society to ensure favourable treatment from the state—hence the trillions in corporate bailout funds—and to ensure workers and the poor bear the brunt of the economic and health impacts of the crisis.

The grotesque inequalities we see around us today—the obscene, unimaginable sums flowing to the already super-rich, and the suffering and death afflicting those on the other side of the class divide—will continue so long as we remain living in a system that values profits above human lives.