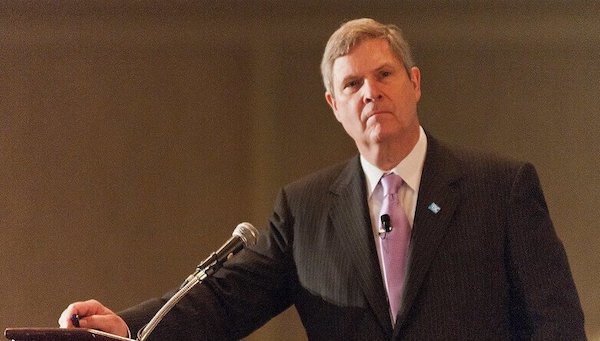 President-elect Joe Biden’s recent nomination of Tom Vilsack to serve as the next Secretary of the U.S. Department of Agriculture (USDA) is causing widespread outrage among food justice activists and Black farmers. They cite his controversial tenure as USDA chief during the Obama administration and subsequent activities as clearly disqualifying him for this cabinet position.

As USDA head under Obama, Vilsack claimed to improve USDA’s history of neglect and racist treatment of Black farmers. He claimed to secure settlement funds for Pigford, a 1999 class action lawsuit filed by Black farmers against the USDA for discrimination. To back up this claim, Vilsack cited the 2012 Census of Agriculture showing an increase in the number of Black farmers.

But the data from this report was later found to be either misleading or false. In reality, the National Black Farmers Association found that discriminatory practices persisted during Vilsack’s tenure as Agriculture Secretary. Black farmers continued to experience great difficulty receiving loans, and the share of money loaned to non-white farmers as a percentage of the total declined.

In 2010, Vilsack fired Shirley Sherrod, a long-time Black civil rights activist, from her then position as the Georgia State Director for Rural Development for USDA. This firing was in response to a virulent and racist attack from Andrew Breitbart, founder of the notorious far-right Breitbart News, who edited then published portions of Sherrod’s speech at an NAACP event.

Subsequent release of Sherrod’s full speech showed the extent to which Sherrod’s words were manipulated by Breitbart, which prompted apologies from White House officials. Vilsack is rightfully still the subject of widespread contempt among Black farmers for his role in this incident.

After his Obama administration appointment, Vilsack landed a job leading the U.S. Dairy Export Council, a lobbying group representing corporations in the dairy industry. This was no surprise as Vilsack maintained close ties with agribusiness as USDA chief where he frequently implemented pro-corporate policies which deregulated poultry factories, accelerated the approval process for genetically-modified food, and discarded proposed regulations at the direct request of the industry.

His nomination points towards further deregulation of the agriculture industry during Biden’s presidency. Environmental activists have also raised concerns about the potential impact of such policies on the worsening climate crisis since industrial agriculture methods are a significant contributor to greenhouse gas emissions, and soil and water depletion.

The greed of big agribusiness leads to poor nutrition and growing hunger among the working class. Even in the middle of a global pandemic, agriculture corporations exploit workers from the poorest communities in extremely dangerous conditions, making the industry the epicenter of infectious spread in certain states. Vilsack’s nomination indicates that the Biden administration intends to defend corporate interests even at the expense of people’s lives and the planet.