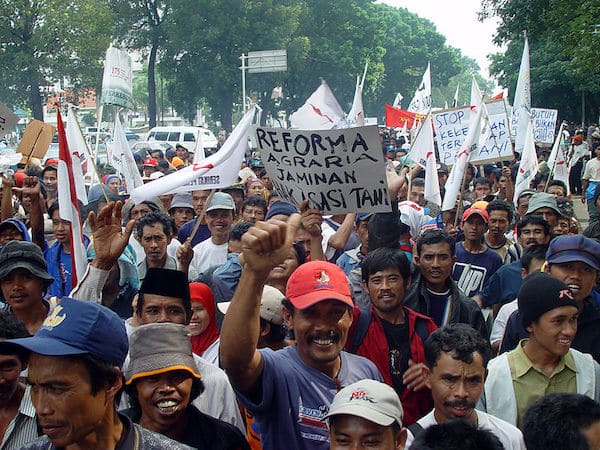 The farmers’ movement for the repeal of the three farm laws which affect them closely but have been rammed through without consulting them, has now entered its second month. It is of historic significance. It is not just about minimum support prices but also about the survival of the entire system of public procurement and distribution of foodgrains. Without ensuring the economic viability of foodgrains production in North India–the grain basket of the country–no continuity can be ensured for the public procurement and distribution system, which, despite its drawbacks, continues to provide a modicum of food security to vast numbers of our population.

Northern industrial countries, namely the United States, Canada and the European Union (EU), cannot produce the tropical and sub-tropical crops in high demand by their own consumers while they have mountains of surplus grain and dairy products, the only goods their single-crop lands are capable of producing for climatic reasons. They must find export markets for these. For over two decades, they have put relentless pressure on developing countries to give up their own public procurement systems, insisting that they should buy their food grains from advanced countries, while diverting their food-crop-producing land to contract farming of export crops that these industrial countries want but cannot themselves produce. In short, they want a re-creation of the economic scenario of the colonial period.

Dozens of developing countries, ranging from the Philippines in the mid-1990s to Botswana (Africa) a decade later, succumbed to this pressure. They paid the price when with rapid diversion of grain to ethanol production in the U.S. and the EU, world grain prices trebled in a matter of months from end-2007. Thirty-seven newly import-dependent countries saw food riots, with urban populations being pushed into greater poverty.

Food security for the developing world is far too important a matter to be left to the global market, but the relentless attack on their public stocking of grain for ensuring food security continues. India had barely managed to pull back from the brink a decade ago: procurement prices were raised substantially after virtually stagnating during the six years preceding the 2008 price-spike, and grain output in Punjab grew again from near-stagnant levels as economic viability improved. But absorption of foodgrains did not improve as much owing to continued exclusion of many of the actually poor from ‘Below Poverty Line’ ration cards, while unemployment caused by the 2016 demonetisation followed by the 2020 pandemic has reduced aggregate demand by now to a historic low.

A case of unfair trade

Our farmers have been exposed for no rhyme or reason to unfair trade, and to the volatility of global prices that has plunged them into unrepayable debt and distress–in one village in Punjab, there were as many as 59 widows of farmers forced into suicide. Trade with the North is unfair, because the advanced countries in the mid-1990s, converted their own price support measures to massive subsidies given as direct cash transfers to their own farmers, transfers that in a blatantly self-serving manner they wrote into the Agreement on Agriculture as ‘not subject to reduction commitments’. India along with other developing countries signed the Agreement with very little idea of the implications of the small print. For the U.S., the direct cash transfers it gives to its 2.02 million farmers, amounting to a huge half or more of its annual farm output value, uses up only 1% of its budget. For India, over 50% of the entire central government annual Budget would be required to give even a quarter of annual farm output value to our 120 million farmers, which is an economic impossibility and an administrative nightmare.

It’s about a reasonable price

The farmers have made it amply clear that they do not want petty cash handouts; all they want is a reasonable price for the vital crops they produce for the nation, so that they can cover costs and live at a modest standard. In Indian circumstances, the price support system is in fact the only feasible one. While depletion of groundwater in Punjab is a real problem, the solution lies in introducing improved agronomic practices such as the System of Rice Intensification which economises water, not in reducing rice production. One does not cut off one’s head because of a headache.

It is precisely the support prices for crops that had been deliberately put by advanced countries under completely arbitrary and absurd computation rules in the Agreement on Agriculture. The U.S. complained against India to the World Trade Organization in May 2018 that since the ‘reference price’ for calculating support was the 1986-88 average world price of a crop which they converted to rupees at the then prevailing ₹12.5 per dollar exchange rate, India’s support price per quintal for rice and wheat in 2013-14 should have been at the most ₹235 and ₹354, respectively! The actual support prices were ₹1,348 and ₹1,386, and the difference, over ₹1,000 per quintal, was then multiplied by the entire 2013-14 output of rice and wheat, and came to 77% and 67% of their output values (https://bit.ly/3mROANe). This, the U.S. claimed, was support provided in gross violation of the permitted 10%!

Two months ago the U.S. sent fresh questions to India. Every kind of dishonest and absurd rule had been put into the Agreement on Agriculture to short-change gullible developing countries. Our farmers are among the lowest cost producers in the world, and the support prices in 2013-14 at the prevailing exchange rate of ₹60.5 per dollar were well below global prices, which means that actual support was negative.

Current compression of global demand means that wheat and rice prices are at historic lows, advanced country farm subsidies are at historic highs and their desperation to dump their grain on our markets has intensified. While our protesting farmers have correctly identified domestic firms as potential beneficiaries of the new marketing laws that they oppose, foreign agribusiness corporations are as great a danger.

Farmers have already experienced contract farming with foreign agribusinesses in Punjab and Haryana. They say clearly that they do not wish to deal with powerful, faceless private corporations that renege on price and quantity contracts when it suits them. Despite all its inefficiency and payment delays, they prefer to sell to government agents at the stipulated minimum support prices. They are absolutely correct in thinking that deregulation of markets as mandated by the new laws, and the entry of business firms, which will be not only Indian but also foreign, mean a severe undermining of the entire system of public procurement and minimum support prices.

There are many Indian intellectuals who argue that importing subsidised grain from the North will benefit poor consumers here. They forget that there is an increasingly powerful opinion advocating ‘green energy’ in advanced countries, pushing for even greater conversion of grain to ethanol; hence initial low-priced grain imports, if permitted today, will not only destroy our farmers but will soon give way to a scenario of price spikes and to urban distress as experienced earlier by developing countries forced into import dependence. Anyone with a concern for our own hard- working farmers and poverty-stricken consumers, must support the farmers’ demands against the machinations of both local and global business elites.

(This article was originally published in The Hindu on December 30, 2020.)