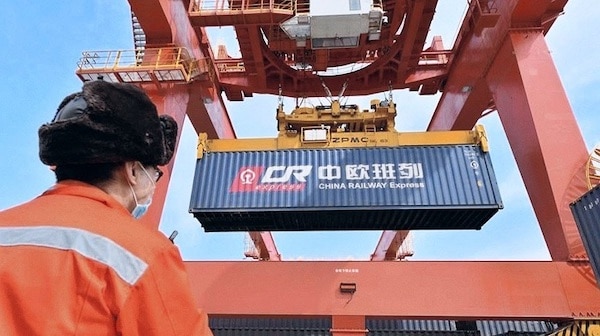 The recently announced EU-China principally agreed investment deal is a watershed moment, marking a first EU-China investment deal of its kind that would open the doors for the EU to make direct investment in China. China will also have opportunities to expand its reach in the European market. While the deal would yield numerous benefits to the parties involved, it also has very visible geo-political strings attached to it, which involve not only the EU and China, but the U.S. as well. The EU-China deal is being seen in the U.S. both by the Trump administration (which is already in a state of ‘trade war’ with China) and the Biden administration as a set-back to their stated policy of following a ‘tough’ approach to China. China’s expansion in the EU will allow the former to largely escape the impact of the on-going ‘trade war’ and give its economy a major leeway. For the U.S., therefore, this deal needs to be reviewed in light of its own policy of calculated confrontation with China. The U.S. aims to exert its influence to make the EU fall in line with the U.S. policy.

Jake Sullivan, President-elect Joe Biden’s choice for national security adviser, urged “early consultations with our European partners on our common concerns about China’s economic practices.” The tweet reflects a growing concern among the Biden administration’s officials that formalization of the EU-China CAI without the U.S. could seriously jeopardize the latter’s ability to not only shape the broader dynamics of EU-China bi-lateral ties, but also dent its ability to enlist EU support to form a common front against China. The Biden administration is, therefore, looking to maintain a similar policy stance vis-à-vis China that the Trump administration has largely followed over the last four years. U.S.-China relations under the Biden administration are, therefore, unlikely to return to normal. They are, as it stands, expected to exacerbate due to the increasing military competition.

For the U.S., the primary concern is not the deal in itself; it is the way this deal would make the EU an independent actor in its dealings with China. After the deal, the EU will be able to shape and determine its policies vis-à-vis China as an equal and an independent player, giving the European bloc the political clout it has been trying to establish to balance its relations with the U.S. There are tensions in the NATO, and the U.S., under the Trump administration, has unleashed forces that have pushed the EU increasingly towards an independent foreign policy, and even contemplate an internal European security system, independent on NATO.

The fact that China has recently offered massive concessions to the EU also indicates how China is trying to fully capitalize on the existing U.S.-EU rifts, giving the later incentives that it may find too attractive to reject. Chinese concessions have already yielded the agreement in principal, compelling both France and Germany to imperceptibly shift from their so-called “Indo-Pacific” policy of “managing” the rise of China to co-existing with the latter in a way that would give the EU a much sought-after access to the Chinese market.

With China easing access to its manufacturing industry, it has addressed one of EU’s key concerns. While almost all EU countries have their bi-lateral agreements, the CAI is the first “stand-alone investment agreement covering both market access and investment protection. The CAI would replace the existing 25 BITs with a uniform legal framework with modern protection standards and dispute settlement arrangements.”

Accordingly, while the EU and China are increasingly bridging their mutual differences [the EU changing its security postures and the Chinese relaxing their rules], the EU-U.S. divide is increasing.

European laws will have an adverse impact on the U.S. In 2019, the United States exported 196 billion dollars in information and communications technology (ICT) services, and potentially ICT-enabled services, to the EU. Google has already said that this set of legislation is aimed at shackling U.S. companies. The U.S. Chamber of Commerce said that,

Europe is intent on punishing successful companies that have made deep investments in Europe’s economic growth and recovery.

The EU-China investment deal is, therefore, as much rooted in China’s own urge to expand as in the EU’s own growing search for its own place, independent of the U.S., in the world that is becoming increasingly multipolar.

The EU is responding to the way the U.S. moved to economic nationalism under the Trump administration. While Joe Biden has termed Trump’s “America First” a bad policy, the fact that this policy remained in place for 4 years means that it was able to inflict substantial changes to the way the transatlantic alliance would otherwise engage and come together face common foes. The EU, as it stands, is not simply coming together with the U.S. to “manage” China; instead it has chartered a course of action that suits its interests and needs. As EU diplomats have said, if the EU companies are able to get a much better access to China and find a reasonably ‘level playing field’ there, there is no reason why they should not engage with China.