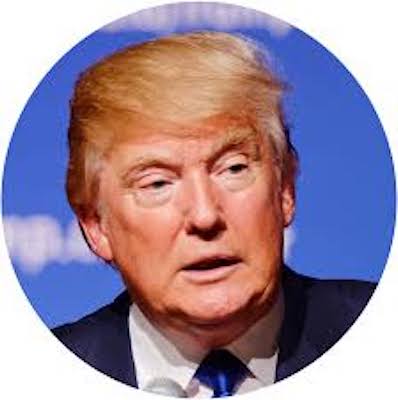 Anyone who believes locking President Donald Trump out of his social media accounts will serve as the first step on the path to healing the political divide in the United States is likely to be in for a bitter disappointment.

The flaws in this reasoning need to be peeled away, like the layers of an onion.

Twitter’s decision to permanently ban Trump for, among other things, “incitement of violence” effectively cuts him off from 88 million followers. Facebook has said it will deny Trump access to his account till at least the end of his presidential term.

The act of barring an elected president, even an outgoing one, from the digital equivalent of the public square is bound to be every bit as polarising as allowing him to continue tweeting.

These moves threaten to widen the tribal divide between the Democratic and Republican parties into a chasm, and open up a damaging rift among liberals and the left on the limits of political speech.

The proximate cause of Facebook and Twitter’s decision is his encouragement of a protest march on Washington DC last week by his supporters that rapidly turned violent as several thousand stormed the Capitol building, the seat of the U.S. government.

Five people are reported to have died, including a police officer struck on the head with a fire extinguisher and a woman who was shot dead inside the building, apparently by a security guard.

The protesters–and much of the Republican party–believe that Trump’s Democratic opponent, Joe Biden, “stole” November’s presidential election. The storming of the Capitol occurred on the day electoral college votes were being counted, marking the moment when Biden’s win became irreversible.

Since the November election, Trump has cultivated his supporters’ political grievances by implying in regular tweets that the election was “rigged”, that he supposedly won by a “landslide”, and that Biden is an illegitimate president.

The social networks’ immediate fear appears to be that, should he be allowed to continue, there could be a repetition of the turmoil at the Capitol when the inauguration–the formal transfer of power from Trump to Biden–takes place next week.

Whatever we–or the tech giants who now dominate our lives–might hope, there are no simple solutions to the problems caused by extreme political speech.

To many, banning Trump from Twitter–his main megaphone–sounds like a proportionate response to his incitement and his narcissistic behaviour. It appears to accord with a much-cited restriction on free speech: no one should be allowed to shout “Fire!” in a crowded theatre.

But that comparison serves only to blur important distinctions between ordinary speech and political speech.

The prohibition on shouting “Fire!” reflects a broad social consensus that giving voice to a falsehood of this kind–a lie that can be easily verified as such and one that has indisputably harmful outcomes–is a bad thing.

There is a clear way to calculate the benefits and losses of allowing this type of speech. It is certain to cause a stampede that risks injury and death–and at no gain, apart from possibly to the instigator’s ego.

It is also easy to determine how we should respond to someone who shouts “Fire!” in a crowded theatre. They should be prosecuted according to the law.

Who gets to decide

Banning political speech, by contrast, is a more complicated affair because there is rarely consensus on the legitimacy of such censorship, and–as we shall see–any gains are likely to be outweighed by the losses.

Trump’s ban is just the latest instance in a growing wave of exclusions by Twitter and Facebook of users who espouse political views outside the mainstream, whether on the right or the left. In addition, the tech giants have been tinkering with their algorithms to make it harder to find such content–in what amounts to a kind of pre-censorship.

But the critical issue in a democracy is: who gets to decide if political speech is unreasonable when it falls short of breaching hate and incitement laws?

Few of us want state institutions–the permanent bureaucracy, or the intelligence and security services–wielding that kind of power over our ability to comment and converse. These institutions, which lie at the heart of government and need to be scrutinised as fully as possible, have a vested interest in silencing critics.

There are equally good grounds to object to giving ruling parties the power to censor, precisely because government officials from one side of the political aisle have a strong incentive to gag their opponents. Incitement and protection of public order are perfect pretexts for authoritarianism.

And leaving the democratic majority with the power to arbitrate over political speech has major drawbacks too. In a liberal democracy, the right to criticise the majority and their representatives is an essential freedom, one designed to curb the majority’s tyranical impulses and ensure minorities are protected.

In this case, however, the ones deciding which users get to speak and which are banned are the globe-spanning tech corporations, the wealthiest companies in human history.

But barring users from the chief means of communication in a modern, digitised world cannot be defended simply on commercial or business grounds, especially when those firms have been allowed to develop their respective monopolies by our governments.

Social media is now at the heart of many people’s political lives. It is how we share and clarify political views, organise political actions, and more generally shape the information universe.

The fact that western societies have agreed to let private hands control what should be essential public utilities–turning them into vastly profitable industries–is a political decision in itself.

Unlike governments, which have to submit to intermittent elections, tech giants are accountable chiefly to their billionaire owners and shareholders–a tiny wealth elite whose interests are tied to greater wealth accumulation, not the public good.

But in addition to these economic imperatives, the tech companies are also increasingly subjected to direct and indirect political pressures.

Sometimes that occurs out in the open, when Facebook executives get hauled before congressional committees to explain their actions. And doubtless pressure is being exerted too out of sight, behind closed doors.

Facebook, Twitter, Google and Apple all want their respective, highly profitable tech monopolies to continue, and currying favour with the party in power–or the one coming into power–is the best strategy for avoiding greater regulation.

Either way, it means that, in their role as gatekeepers to the global, digital public square, the tech giants exercise overtly political powers. They regulate an outsourced public utility, but are not subject to normal democratic oversight or accountability because their relationship with the state is veiled.

Banning Trump from social media, whatever the intention, will inevitably look like an act of political suppression to his supporters, to potential supporters and even to some critics who worry about the precedent being set.

In fact, to many it will smack of vengeful retaliation by the “elites”.

Consider these two issues. They may not seem relevant to some opponents but we can be sure they will fuel his supporters’ mounting sense of righteous indignation and grievance.

First, both the department of justice and the federal trade commission under Trump have opened anti-trust investigations of the major tech corporations to break up their monopolies. Last month the Trump administration initiated two anti-trust lawsuits–the first of their kind–specifically against Facebook.

Second, these tech giants have chosen to act against Trump now, just as Biden prepares to replace him in the White House. Silicon Valley was a generous funder of Biden’s election campaign and quickly won for itself positions in the incoming administration. The new president will decide whether to continue the anti-trust actions or drop them.

Whether these matters are connected or not, whether they are “fake news” or not, is beside the point. The decision by Facebook and Twitter to bar Trump from its platforms can easily be spun in his supporters’ minds as an opportunistic reprisal against Trump for his efforts to limit the excesses of these overweening tech empires.

This is a perfect illustration of why curbs on political speech–even of the most irresponsible kind–invariably backfire. Censorship of major politicians will always be contested and are likely to generate opposition and stoke resentment.

Banning Trump won’t end conspiracy theories on the American right. It will intensify them, reinforce them, embolden them.

The solution is not to crack down on political speech, even extreme and irresponsible speech, if it does not break the law. Trump is not the cause of U.S. political woes, he is one obnoxious symptom.

The solution is to address the real causes, and tackle the only too justified resentments that fuelled Trump’s rise and will sustain him and the U.S. right in defeat. Banning Trump–just like labelling his supporters “a basket of deplorables”–will prove entirely counter-productive.

Meaningful reform will be no simple task. The U.S. political system looks fundamentally broken–and has been for a long time.

It will require a much more transparent electoral system. Big donor money will have to be removed from Congressional and presidential races. Powerful lobbies will need to be ousted from Washington, where they now act as the primary authors of Congressional legislation promoting their own narrow interests.

The old and new media monopolies–the latter our new public square–will have to be broken up. New, publicly funded and publicly accountable media models must be developed that reflect a greater pluralism of views.

In these ways, the public can be encouraged to become more democratically engaged, active participants in their national and local politics rather than alienated onlookers or simple-minded cheerleaders. Politicians can be held truly accountable for their decisions, with an expectation that they serve the public interest, not the interests of the most powerful corporations.

The outcome of such reforms, as surveys of the American public’s preferences regularly show, would be much greater social and economic equality. Joblessness, home evictions and loss of medical cover would not stalk so many millions of Americans as they do now, during a pandemic. In this environment, the wider appeal of a demagogue like Trump would evaporate.

If this all sounds like pie-in-the-sky idealism, that in itself should serve as a wake-up call, highlighting just how far the U.S. political system is from the liberal democracy it claims to be.