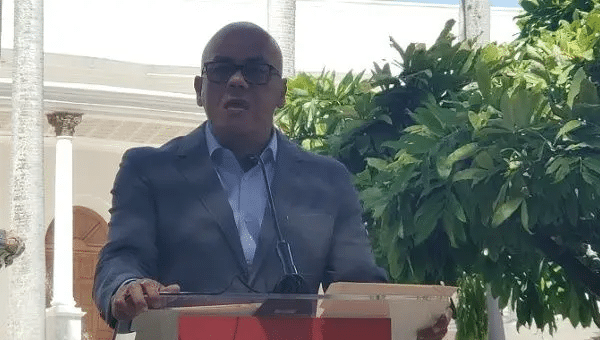 “The Government of Paraguay owes $360,000,000 to the Bolivarian Republic of Venezuela. The commission that was to be shared between Guaidó and the Paraguayans was $26,000,000 do you know how many vaccines could be bought with that?”, Rodríguez denounced.

Jorge Rodriguez pointed out the impact of Guaidos’s corruption upon the Venezuela economy, as the recent appropriation of PDVSA’s U.S. subsidiary, CITGO “is costing the nation more than $14 billion.”

The official accused  Jorge Rodríguez, accused Juan Guaidó, Julio Borges, Carlos Vecchio, Leopoldo López, and Miguel Pizarro of appropriating the resources of the Venezuelan State and including them in their wealth.

Meanwhile, Guaidó insists on hindering the Venezuelan government from accessing its funds abroad to tackle the COVID-19 pandemic. The president of Venezuela’s National Assembly explained that the Government requested that the State funds, kept in the Bank of England, be used for the purchase of doses against the COVID-19 pandemic. Nonetheless, Guaido through a recognized law firm prevented this action.

“With Venezuela’s gold deposited in Great Britain, 100% of the vaccines required by the country could be purchased,” Rodriguez said.