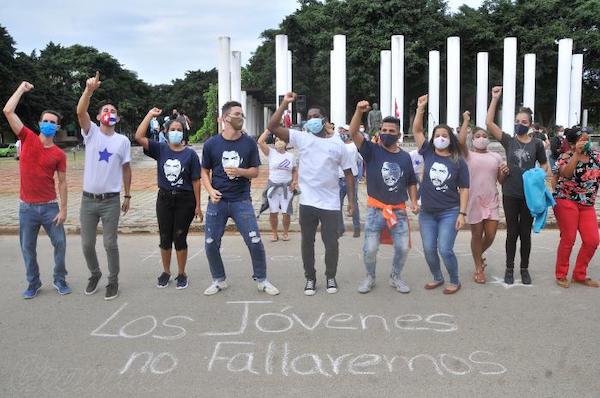 The hostile foreign policies of outgoing U.S. President Donald Trump (2017-2021) included an unprecedented number of measures and actions against Cuba. All spheres of our society and the daily lives of citizens suffered the impact of this aggression, further aggravated by the pandemic.

During his four years in office, more than 240 measures were adopted, with special emphasis on creating obstacles to sources of hard currency income and disrupting our trade relations.

State Department reports on Human Rights, Religious Freedom, Human Trafficking and Terrorism reinforced the rhetoric against Cuba and the attempt to discredit our country in these arenas. Cuba’s inclusion on arbitrary and unilateral lists served the same purpose, seeking to demonize our government and satisfy the demands of anti-Cuban sectors in the U.S.

As Cuba’s President expressed on December 17, 2020, during the closing of Sixth Ordinary Period of Sessions of the National Assembly of People’s Power 9th Legislature,

They insisted on killing us; but we insisted on living and winning. Cuba Viva rose above our own possibilities.

TIMELINE OF TRUMP ADMINISTRATION SANCTIONS ON THE CUBAN PEOPLE

– June 8, Treasury Department’s Office of Foreign Assets Control (OFAC) levies a fine of $87,255 on the U.S. based Honda Finance Corporation for approving 13 car lease agreements between the Cuban embassy in Canada and a Honda dealership in Ottawa.

– June 26, OFAC fines the U.S. company American International Group $148,698 for providing insurance coverage for several shipments of goods to and from Cuba.

– October 3, 15 officials from the Cuban Embassy in Washington expelled.

– September 8, Donald Trump signs a memorandum extending for one year the application of economic sanctions based on the legal framework established in the Trading with the Enemy Act.

– Septembe26, OFAC prevents a donation to an NGO in Cuba, threatening the U.S. company Norwegian Cruise Line Holdings which owned the ship scheduled to make the delivery.

– September 29, visa issuance at the U.S. consulate in Havana suspended.

– The Bureau of Industry and Security (BIS) establishes a general policy of denying license applications for export items that may be used by entities and their affiliates on the Cuban Restricted Entity List.

– February 22, Donald Trump issues a Presidential Proclamation extending the National Emergency through 2019, allowing the government to regulate the movement and anchoring of vessels within its territorial waters that will or are likely to travel to Cuba.

– September 10, Trump signs a memorandum extending for one year the application of economic sanctions on Cuba under the legal framework established in the Trading with the Enemy Act.

– October 5, OFAC fines the j.p. Morgan Chase bank $5,263,171 for conducting unauthorized transactions and providing unauthorized services to clients included in the Specially Designated and Blocked Persons List between 2008 and 2012.

– November 15, The State Department updates the List of Restricted Cuban Entities, with the incorporation of 27 new companies, for a total of 206.

– January 16, State Department announces its decision to suspend for 45 days the application of Title III of the Helms-Burton Act, beginning February 1, in order to, during that period, study in detail whether or not to implement Chapter III going forward.

– April 8, Trump administration vacated the agreement signed in January between Major League Baseball (MLB) and the Cuban Baseball Federation, which would have allowed Cuban baseball players to play at that level.

– April 9, OFAC imposes a sanction on Standard Chartered Bank, a banking-financial entity based in England, due to violations of the Cuban Assets Control Regulations.

– April 17, Secretary of State Mike Pompeo offers statements to the press announcing the full activation of Title III of the Helms-Burton Act, effective May 2, 2019.

– OFAC rules that U.S. travelers arriving in Cuba in any of the 12 accepted categories may not engage in direct financial transactions with companies on the Cuban Restricted Entity List.

– June 20, State Department includes Cuba in the worst category (level three) in a report on Trafficking in Persons.

– September 6, OFAC updates Cuban Assets Control Regulations imposing a limit of $1,000 per quarter on family remittances and suspending gift (non-family) remittances, as well as Cuba-related transfers to and from outside the U.S. (U-turns).

– September 13, Donald Trump extends for another year the Trading with the Enemy Act, used to back anti-Cuba sanctions.

– September 17, OFAC places three individuals (two Colombians and one Italian) and 17 companies (12 based in Colombia, four in Panama and one in Italy) on the Specially Designated Nationals (SDN) List, alleging they were involved in transporting oil to Cuba.

– September 19, two officials at the Cuban mission to the UN in New York expelled.

– BIS announces the revision of the “Support for the Cuban People” travel license, ruling out certain donations to the government and Communist Party of Cuba.

– BIS limits the export of goods intended to improve telecommunications infrastructure to those that facilitate the “free flow of information” among the Cuban people.

– October 25, Transportation Department announces the suspension of U.S. airline flights to and from Cuba, with the exception of those to and from Havana’s José Martí International Airport.

– November 26, OFAC announces the inclusion of the company Corporación Panamericana s.a. on the List of Specially Designated Nationals.

– December 3, OFAC announces the inclusion of six vessels (one Panamanian and the rest Venezuelan) on the SDN for transporting crude oil to Cuba.

– December 9, OFAC announces a settlement, to avoid a civil lawsuit, with Chicago-based Allianz Global Risks Insurance Company in the amount of $170,535.

– OFAC announces the settlement of a civil lawsuit with the Swiss company Chubb Limited in the amount of $66,212 for conducting transactions and other operations related to travel insurance to Cuba.

– December 20, Cuba is placed on a Special Watch List under the International Religious Freedom Act of 1998.

– December 31, yielding to U.S. pressure, the Caribbean Confederation of Professional Baseball (CBPC) informs the Cuban Baseball Federation that it will not be able to guarantee Cuba’s presence at the Caribbean Series.

– January 10, Department of Transportation suspends charter flights between the U.S. and Cuba, excepting those to Havana’s José Martí International Airport.

– May 6, OFAC announces a settlement with Biomin America of $257,862, to avoid civil litigation, due to apparent violations of Cuban Assets Control Regulations.

– May 13, State Department notifies U.S. Congress of Cuba’s designation as a country that “does not fully cooperate” with U.S. anti-terrorism efforts, under Section 40A of the Arms Export Control Act.

– June 3, State Department announces the addition of seven more entities on the Cuban Restricted Entity List, including the company Fincimex.

– June 5, Treasury Department denies Marriott International the renewal of its license to operate a hotel in Cuba, while prohibiting the company from developing future businesses in the country.

– July 8, OFAC announces that, to avoid a civil lawsuit, a settlement of $134,523 had been reached with the U.S. company Amazon, sanctioned for accepting and processing orders on its websites from persons located in or employed by foreign missions of Cuba.

– Inclusion of Cuba on the list of “foreign adversaries” allegedly engaged in conduct that undermines U.S. national security.

– August 13, Department of Transportation announces the suspension of private charter flights between that country and Cuba, except those to Havana, those authorized for medical emergencies or search and rescue, and those deemed to be in the interest of the U.S.

– September 9, Donald Trump extends for one year blockade restrictions imposed on Cuba under the Trading with the Enemy Act.

– September 24, The List of Prohibited Accommodations in Cuba is announced, including entities under the ownership or control of the government, a government official, a member of the Communist Party, or their close relatives.

– The importing of alcohol and tobacco products of Cuban origin to the U.S. is restricted.

– The authorization of persons subject to U.S. jurisdiction to attend or organize professional meetings or conferences in Cuba is eliminated.

– General license authorization is eliminated for transactions related to public performances, clinics, workshops, sporting and other competitions and exhibitions.

– September 28, a new update of the State Department’s Cuban Restricted Entity List is announced with the addition of American International Services (AIS), bringing the total to 230 entities.

– September 30, OFAC includes Luis Alberto Rodríguez López-Calleja on the List of Specially Designated Nationals. With this inclusion, there are now 112 entries and individuals related to Cuba on the list.

– October 1, OFAC announces an agreement to avoid a civil lawsuit with the travel services company registered in New York, Generali Global Assistance, Inc (GGA), for the amount of $5,864,860 to be paid by GGA

– Presidential directive issued to extend for one year restrictions on the granting of federal funds for cultural and educational exchanges with Cuba.

– October 23, OFAC prevents persons subject to U.S. jurisdiction from sending remittances to Cuba via companies included in the State Department’s Restricted Cuban Entities List. As a result of these changes, remittances processed by Fincimex and AIS were ended.

– December 7, Cuba’s placement on the Special Watch List under the International Religious Freedom Act is renewed, a designation that allows the Secretary of State to annually designate governments that have “engaged in or tolerated systematic, ongoing, and egregious violations of religious freedom.”

– During 2019 and 2020 Cuba suffered the greatest impact ever from the blockade, with losses estimated at more than 5 billion dollars. The Trump administration also allocated more than $50 million to finance subversion in Cuba, and created an Internet Task Force for this same purpose.

– January 11, Cuba is added to the List of State Sponsors of Terrorism.

– January 14, Cuba is included on the Department of Commerce’s Foreign Adversaries List, pursuant to an executive order signed by Trump.

– The U.S. Department of Commerce announces new export regulations related to specific technologies and activities that could serve military intelligence in China, Cuba, Russia, Venezuela and other countries that allegedly support terrorism and are subject to U.S. unilateral measures.

– Export Control Regulations are amended to prohibit certain transactions that pose an undue or unacceptable risk to U.S. national security in information and communications technology.