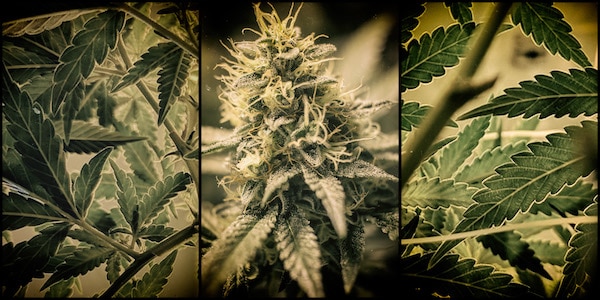 In October last year police raided premises at a business park in the Cape Town suburb of Ottery.

The premises were used by The Haze Club (THC), known as a cannabis grow club—a business that leases to clients what it deems to be private space, in an appropriate facility, where it cultivates clients’ cannabis on their behalf.

THC effectively ceased operating as a result of the police clampdown and has now approached the Western Cape high court to try and have the business model it’s based on deemed lawful.

On Tuesday, the same day it filed a notice of motion in this matter, another cannabis clampdown was carried out in the Cape Town southern suburb of Noordhoek.

A police statement said Hawks and Crime Intelligence officers “reacted on information and uncovered yet another fully functional hydroponic dagga laboratory worth an estimated R250,000 in Cape Town.”

Several cannabis plants, as well as processing equipment, were seized and a man, 43, arrested.

While further details about this case were not elaborated on, cannabis and equipment had also been seized from THC during the raid on its business in October.

THC had operated because its business model had seemed compatible with a landmark case that culminated in September 2018 with the Constitutional Court effectively ruling it was not illegal for adults to use and cultivate cannabis in private spaces.

Court papers in this matter had stated: “An example of cultivation of cannabis in a private place is the garden of one’s residence,” a section of those court papers read.

It may or may not be that it can also be grown inside an enclosure or a room under certain circumstances. It may also be that one may cultivate it in a place other than in one’s garden if that place can be said to be a private place.

But the police raid on THC suggested that, despite the interpretation of the Constitutional Court ruling, the grow club model was not legal.

On Tuesday THC filed a notice in the Western Cape high court saying that it planned to apply for its business model to be declared “lawful and consistent with the 2018 judgment.”

If this was dismissed, it wanted parts of the Drugs and Drug Trafficking Act—relating to adults’ use of cannabis via the grow club model—declared constitutionally invalid.

Respondents in this matter including the police, justice and trade and industry ministers, as well as the National Director of Public Prosecutions.

A founding affidavit by applicant Neil Liddell, THC’s sole director, said that he, and an associate, had been arrested when the business was raided in October last year. They were charged in connection with drug dealing.

“[Police] confiscated and destroyed all of the members’ plants and cannabis (in various forms depending on the respective state of any member’s plant’s growth cycle) present in the premises,” Liddell said.

Furthermore, during the arrest, I witnessed the confiscation of all THC’s equipment which included lighting, irrigation, climate control, C02 tanks (not belonging to THC), ventilation, nutrients and cleaning chemicals… Almost nothing was left behind at the premises.

Liddell and his associate subsequently appeared in the Wynberg Magistrate’s Court and were expected back there in April.

Part of the application to the Western Cape high court is to seek a stay of the pending magistrate’s court matter due to the high court proceedings which could affect it.

Liddell, in his founding affidavit, contended that in arresting and charging people like himself and his associate,

the State is causing more harm to society than it is preventing, as we were fulfilling the vital role of ensuring that quality cannabis was ending up in the hands of those who made the permissible adult decision to consume it.

The grow club model thus allows those members of society who are particularly vulnerable to the adverse effects of poor quality and/or contaminated cannabis, to obtain their private cannabis in a manner befitting the safety standards required for consumption… This reduces the harms of cannabis consumption and instead, aligns with government policy.

Liddell further argued that allowing the grow club model could bridge the gap between those with high and low income, which in turn, he said, linked to race.

“The disparity that is created between the 2018 judgment (and the beneficiaries of it), on the one hand, and the members of a grow club model on the other hand is one that also results in indirect unfair discrimination on the ground of race,” he said.

This is so because, I respectfully submit, given the history of apartheid, poverty and access to resources are disproportionately skewed along the lines of race. The effect of this is that black persons and persons of colour who are disproportionately persons in lower income brackets and therefore often relegated to informal settlements or apartments (where they are not able to grow cannabis in their private spaces) are denied the benefit of the 2018 judgment.

He said he had been advised this amounted to indirect unfair discrimination.

Liddell further said that outlawing the grow model further infringed on other rights.

Cannabis is often used as a relaxant, bringing emotional and mental pleasure to the users of it. To that end, I am advised that the effect of the prohibition of grow club models is to infringe the rights of the members to their rights to bodily and psychological integrity, which includes the right to security in and control over their body…

Persons who have the benefit of being able to cultivate cannabis in their private spaces at home face no such restrictions in respect of the use of such cannabis. Yet, members of the grow club model are deprived of the opportunity to make such choices.

Liddell said he had further been advised that this equated to an infringement of a section of the Constitution.

He was of the view that there were several benefits to the grow club model, including job creation.

[It] presents… the opportunity for small to medium scale enterprise, to participate meaningfully in the cannabis value chain, creating a large source of both employment opportunities and taxable income…

By allowing a legitimate format of commercial cannabis growing, many existing growers who have been meeting the local demand, albeit illicitly, now have the opportunity to supply consumers through legitimate, taxable channels.

It was also put forward that the grow club model offered an alternative to illicit cannabis sources.

Liddell explained how THC had come about and was intended to operate lawfully.

He stated that after the 2018 Constitutional Court judgment

I realized that the ‘grow club model’, which has been successfully implemented all across the globe, could constitute a legitimate business opportunity and also play a role in assisting all South Africans to be able to reap the benefits of the 2018 judgment.

The grow club model was founded on the idea that many people lived communally or in small houses, flats, and in informal structures.

“These living conditions mean that certain categories of persons are unable to enjoy being able to cultivate cannabis for personal consumption as they are now so entitled to do,” Liddell said.

In addition to this, there are other members of society who are disabled in one way or another, who do not have the know-how or the tools and/or do not even have the time, to learn how to grow cannabis and take the plant from seed to harvest.

Liddell felt, on this basis, there was a market for grow clubs in South Africa.

“Ultimately, I was advised that the model and the implementation thereof, does not violate any statute if done correctly,” he said.

This, in and of itself, is demonstrative that I lacked animus to break the law. My attorneys and I then spent much time considering and dissecting the model to ensure that in every respect, the business would operate legally.

THC was set up and Liddell initially kept track of initial members, their seeds and plants via an Excel spreadsheet. As more members signed up for the service the business offered, he consulted a software engineer who created a new “tracking and tracing app”.

“While there are no regulations or guidelines as to how to operate a grow club, it is THC’s view that grow clubs should be subjected to audits in terms of which the club must be able to demonstrate the ownership and history of every seed and plant,” Liddell said.

Track and trace systems, such as that designed and built by THC, should be mandatory for any grow club. The THC System, therefore, tracks the history of each plant in order to show every action that has occurred throughout the lifecycle of the plant.

He said THC was aimed at operating within legal parameters.

However, in South Africa at present, there are no laws governing the operation of grow clubs. There are also no laws preventing its operation.

In December Daily Maverick reported that another grow club, the Cape Cannabis Club, had ceased operating following the raid on THC and two arrests there.

On Wednesday a notice on its website showed that its operations were still “temporarily suspended”.