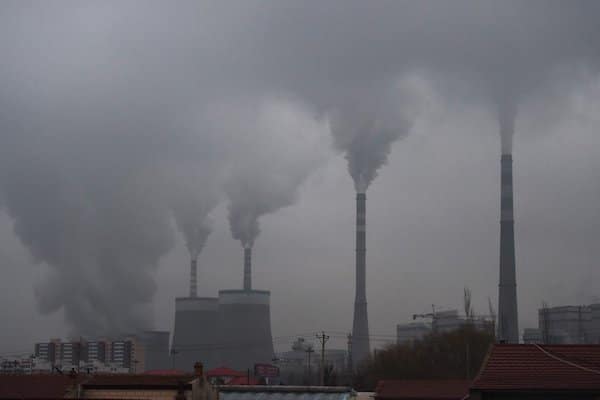 China’s energy regulator has come under rare fire from a team of central government inspectors over the agency’s lax enforcement of environmental standards.

The NEA had also failed to rein in coal-fired power capacity in key areas where it was supposed to be strictly controlled under air pollution policies, the inspectors said in a statement on Friday.

The failures are surprising given that President XI Jinping has repeatedly stressed that clean energy is one of the country’s modernisation goals in the coming decades.

The inspectors said coal power capacity was expanding in 12 key provinces and cities that were battlegrounds in the war against air pollution.

The NEA also allowed some eastern provinces to expand coal power capacity well beyond their local plans from 2017 to 2020, it added.

In addition, the administration lowered the environmental bar in regulations, changing a “ban” on imports to on low-quality coal to “limits”.

The ministry said it conducted random inspections in three provinces and found that 121 coal mines were producing 30 per cent more of the fuel than they had approvals for.

The ministry started sending out inspection teams at the end of 2015 to check on enforcement of environmental policies and to ensure that Beijing’s environmental agenda was implemented on the ground.

The one-month inspection of the NEA began from late August last year.The NEA was given 30 working days to report its plans to rectify the situation to the Communist Party’s Central Committee and the State Council. It must also disclose the plans to the public.

Despite overcapacity, plans for coal power steadily expanded in China last year after the NEA relaxed restrictions on new coal power plants in 2019.

In all, power companies submitted plans for 40.8 gigawatts of new coal plants in the first half of 2020, of which 17GW has already been approved for construction, according to a report in June by two independent research institutions, Global Energy Monitor and the Centre for Research on Energy and Clean Air.

Industry observers said the ministry’s criticism would have a big impact on coal development in China.

Li Shuo, senior climate and energy campaigner for Greenpeace East Asia, said the latest inspection would at least reshape the institutional culture of the NEA and align it with the latest vision on carbon neutrality.

“The statement … will have an impact on the five-year plan for the energy industry coming out later this year,” Li said

The environment finally has a higher priority.

Yang Fuqiang, a senior adviser on climate change and energy at the Natural Resources Defence Council’s office in Beijing, agreed, saying provinces should be really cautious about approving coal-fired power plants as part of their plans for the next five years.

“Some of the plants–which are in polluted areas that are not short of electricity–should not be built even though they have been approved,” he said.

Yang said the NEA might also undergo some structural changes.

“It might set up some new departments in the future, focusing on the environment, climate change and energy conservation,” he said.

The foreign roots of Haiti’s “Constitutional crisis”
Head of Strategic Command: U.S. must prepare for “very real possibility” of nuclear war with China