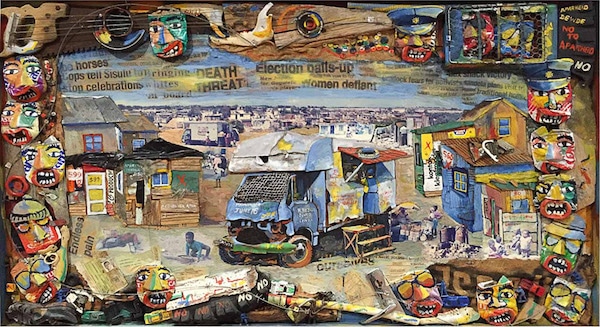 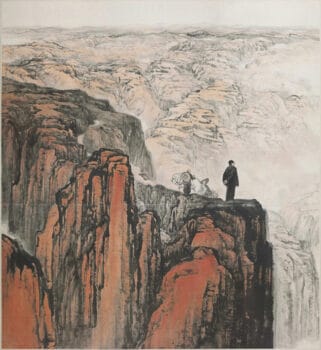 In the early months after the World Health Organisation announced the coronavirus pandemic, the Indian novelist Arundhati Roy wrote of her hope that the pandemic would be a ‘portal, a gateway between one world and the next’. She hoped, in other words, that the world would recognise its grave problems, exacerbated by the pandemic, and that there would be an opening towards a reorganisation of the social structures. Nothing like that is possible unless the class character of the states in the majority of the world is transformed.

Mere recognition of the problem will not result in any epiphany in places such as the United States, Europe, and the larger states of the developing world such as Brazil and India. In fact, the evidence over the course of this past year has been the reverse: the dominant classes in these countries choose to use public money to bail out the crisis-ridden and anti-people capitalist system, rather than to transform the system to put the interests of the majority of the people before the profits of the minority.

A recent report from Oxfam shows us that the ‘world’s ten richest men have seen their combined wealth increase by half a trillion dollars since the pandemic began–more than enough to pay for a COVID-19 vaccine for everyone and to ensure no one is pushed into poverty by the pandemic’. Rather than use that money for the vaccine and for poverty eradication, the money goes into illicit tax havens and inflated bank accounts. Vaccine nationalism and increased starvation define capitalist society.

Meanwhile, in China, the socialist project has abolished absolute poverty during the pandemic. In November 2020, the authorities in Guizhou Province in southwest China announced that the last nine impoverished counties were removed from the poverty list, which means that all 832 poor counties in the country have now been lifted out of poverty. In seven years, the policies in China allowed 80 million people (roughly the entire population of Germany) to depart from poverty; in total, around 850 million Chinese people have lifted themselves out of poverty in the decades since the 1949 Revolution. There have been three metrics for this transformation: first, that every Chinese family would no longer be below the rural poverty line; second, that the communist project would end the ‘two worries’ of hunger and clothing; third, that the Chinese state would ensure the ‘three guarantees’ of education, health care, and housing. All of this occurred during the pandemic. 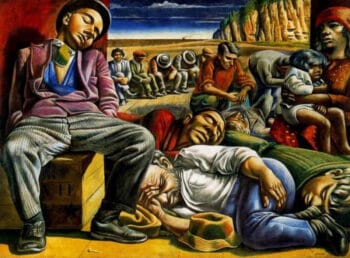 No question that the socialist project, developed largely in poor countries, is far superior to the capitalist project, which has remained crisis-ridden despite the wealth of their countries. To provide only one figure to illustrate the disastrous nature of this system, the International Labour Organisation (ILO) calculates that the total labour income lost averaged 10.7% during the first three quarters of 2020, which represents $3.5 trillion in lost labour income (about 5.5% of global output in 2019). What this means is that the working class in the capitalist states has lost its ability to pay to take care of the two worries (hunger and clothing) and the three guarantees (education, healthcare, and housing), all of which are typically privatised.

Due to the weakness of the socialist states and the global socialist movement, the advantages of that project are denigrated in an intensified information war and its logic of putting people before profit has not been able to drive a global policy orientation. Instead, the present moment is defined by three apartheids. 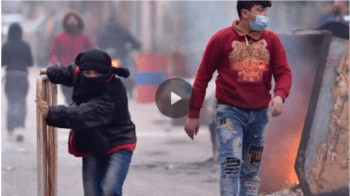 As this hunger pandemic escalates, logic suggests that policies would bend to assist farmers and agricultural workers so that they can produce the kind of good quality food needed in the time of the pandemic. Subsidy regimes should have been strengthened to enable food to be affordable. The IMF and the other multilateral agencies, however, have shown no signs of giving latitude to the developing countries to subsidise public food distribution systems. In India, the government of the extreme right had longed to break down the subsidy-price support system, which it did, provoking a long-running farmer’s revolt; the outcome of the revolt threatens to produce a new political reality in India. Behind the harsh policy to cut subsidies in places like India lies a great hypocrisy, the essence of food apartheid: the United States has spent $1.7 trillion over the past twenty years to subsidise its farmers, mostly corporate firms, while the European Union spends $65 billion per year to subsidise its farmers. What is good for the North Atlantic goose is not good for the Global South gander.

These are the three apartheids that structure the world system outside of the countries that are committed to a socialist project, who meanwhile face threats of military assault and ongoing hybrid war technologies (such as information war, economic war, and diplomatic war). The countries of the North Atlantic pursue a policy of confrontation rather than cooperation, driving a view of the world crafted around stigma rather than solidarity.

The pandemic could be a portal, but not because its outcome will automatically open the eyes of the elites. They are funnelling money towards shoring up banks and making sure demand does not flatten. That is their motivation. They are not going to cancel debt, produce a people’s vaccine, or ensure that food systems are robust with farmers and agricultural workers in charge; they are not going to undo the apartheid structures by themselves.

The negative impact of the pandemic on workers and peasants in the Global South, in particular, has a tendency to deepen wage deflation that strengthens the bargaining power of the multinational corporations; as incomes and wages deflate, and as social wages lessen, firms are able to command lower wages from the workers. But this deterioration of living conditions that goes beyond the limits of endurance is met with ferocious resistance. 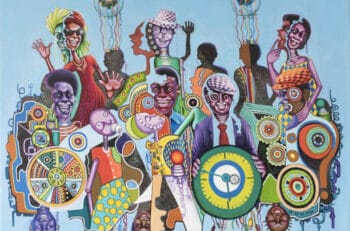 The Indian agricultural workers’ and farmers’ revolt, the Kenyan and Peruvian health workers’ strike, the general protests of the people in Haiti and Tunisia, the struggles against the utter failure of the government to tackle the pandemic in Brazil, the mass demonstrations for the legalisation of abortion in Argentina: these are the contours of the uprisings of the people, what G.W.F Hegel called ‘the seriousness, the suffering, the patience, and the labour of the negative’ in Phenomenology of Spirit (1807). It is this ‘labour of the negative’, these struggles that are held up by organisations, these movements that are building the confidence and power of the working class and peasantry, that would be able to drive an agenda forward. They build the road by walking.

The elite is not capable of solving the ordinary problems created by the normal crisis of capitalism; they are certainly not capable of solving the extraordinary problems posed by the pandemic. That’s where movements come in. They move an agenda forward to create the portal out of this pandemic, certainly, but–beyond that–out of the wretchedness of capitalism.