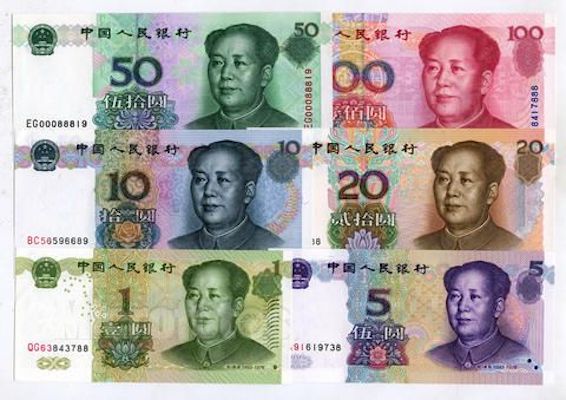 As China is poised to become the world’s largest creditor, concerns about debt sustainability have grown. Yet considerable confusion exists over what is likely to happen when a government runs into trouble repaying its Chinese loans. In this working paper, we draw on data from the China Africa Research Initiative (CARI) to review evidence on China’s debt cancellation and restructuring in Africa, in comparative and historical perspective. Cases from Sri Lanka, Iraq, Zimbabwe, Ethiopia, Angola, and the Republic of Congo, among others, point to debt relief patterns with distinctly Chinese characteristics. In nearly all cases, China has only offered debt write-offs for zero-interest loans. Our study found that between 2000 and 2019, China has cancelled at least US$ 3.4 billion of debt in Africa. There is no “China, Inc.”: for interest-bearing loans, treatment for inter-governmental debt and Chinese company loans are negotiated separately, and often loan-by-loan rather than for the entire portfolio. While rescheduling by increasing the repayment period is common, changes in interest rates, reductions in principal (“haircuts”), or refinancing are not. We found that China has restructured or refinanced approximately US$ 15 billion of debt in Africa between 2000 and 2019. We found no “asset seizures” and despite contract clauses requiring arbitration, no evidence of the use of courts to enforce payments, or application of penalty interest rates. Although Chinese lenders have applied Paris Club terms to some rescheduling, on the borrower’s request, Chinese lenders prefer to address restructuring quietly, on a bilateral basis, tailoring programs to each situation. Yet the lack of transparency fuels suspicion about Chinese intentions. These patterns are likely to play out as Chinese lenders and African borrowers grapple with the impact of COVID-19.

In December 2019, a Zambian economist commented: “Chinese debt can easily be renegotiated, restructured, or refinanced.”1 Is this true? As China becomes one of the world’s largest creditors, concerns about debt sustainability have grown. In 2020, a freefall in commodity prices and the economic fallout from the COVID-19 crisis heightened the salience of these issues. Yet considerable confusion exists over when, how, and why the Chinese government cancels or reschedules debt, how much debt has been cancelled or rescheduled, and what is likely to happen when a government runs into trouble repaying its Chinese loans.

Debt relief can take a number of forms. Debt cancellation is when part or all of a debt is written off. Debt restructuring (including “rescheduling”) is when the terms (e.g. interest rate, grace period, maturity, or various fees) related to a disbursed, or partially disbursed, loan are renegotiated. Reductions in the face-value of the principal (also known as “haircuts”) can be contrasted with debt reprofiling, a relatively recent term used to describe a restructuring that extends the maturity of a debt for several years without reducing the principal and often without much, if any, interest rate reduction. Refinancing can also offer debt relief: a new loan is issued to pay off an old loan, extending the amount of time a borrower has to pay the debt, possibly with a lower interest rate.

In this paper, we draw on data from the China Africa Research Initiative (CARI) and our research on Chinese lending to review the evidence on China’s debt cancellation and restructuring. Between 2000 and 2018, we estimate that Chinese lenders signed US$ 148 billion in loan commitments to African sovereign borrowers and their state-owned enterprises.2 Our cases come primarily from Africa, but we situate them in comparative and historical perspective.

The paper has three goals. First, by collecting and analyzing data and case studies on Chinese treatment of sovereign borrowers, we aim to provide a base of factual evidence that can enhance public understanding of China as a global lender. Second, by documenting cases where Chinese lenders provided debt relief, we hope to uncover patterns that can help us predict what Beijing might do in the COVID-19 crisis. Finally, by reviewing the evolution of China’s treatment of borrowers over time, we contribute to the question of how China’s rise is affecting, and being affected by, existing norms and rules, particularly as practiced in multilateral institutions such as the Paris Club.

Our findings suggest that as an official creditor, China is roughly following the path laid out earlier by the Paris Club. Between the 1970s and 2000, when Chinese lending was mostly limited to interest-free foreign aid loans, Beijing’s first response to debt distress was to lengthen the repayment period, without a face-value reduction in the principal. In 2000, the Chinese government began offering write-offs of interest-free loans that had gone into default in the debt crisis of the 1980s and 1990s. This program parallels the World Bank and IMF Highly Indebted Poor Countries (HIPC) Initiative. More than US$ 4 billion has been written off globally, involving more than 376 individual projects. Our study found that between 2000 and 2019, China has cancelled at least US$ 3.4 billion of debt in Africa. In almost all of the countries where Chinese debt was cancelled (aside from high profile cases in Iraq and Cuba), the cancelled debt was limited to mature, interest-free foreign aid loans that had gone into default. The vast majority of China’s recent lending in Africa – concessional loans, preferential buyer’s credits, and commercial loans– has never been considered for cancellation.3

Our data records more than 1,000 Chinese loan commitments in 49 African countries since 2000. Between 2000 and 2019, Chinese lenders restructured or refinanced at least 26 individual African loans. We found that China has restructured or refinanced approximately US$ 15 billion of debt in Africa between 2000 and 2019. Refinancing is rare, limited to one transaction in Angola by China Development Bank. Unlike the Paris Club, Chinese lenders have tended to treat restructuring or cancellation loan-by-loan, not on the basis of the entire debt portfolio in that country. This parallels an earlier emphasis on “development sustainability” (looking at the future contribution of the project) rather than “debt sustainability” (looking at the current state of the economy) as the basis of project lending decisions.

While China Eximbank is the lender in most cases of restructuring, there is no “China Inc.” when it comes to debt relief. More than 30 Chinese banks and companies have provided credit to African governments. Debt relief for different creditors needs to be negotiated separately with the companies and banks involved. While cases differ in the treatment of the debt, we note a trend toward real net present value (NPV) reductions, mainly through lower interest rates, longer grace periods, and substantially longer repayment periods.

Moreover, despite critics’ worries that China could seize its borrower’s assets, we do not see China attempting to take advantage of countries in debt distress. There were no “asset seizures” in the 16 restructuring cases that we found. We have not yet seen cases in Africa where Chinese banks or companies have sued sovereign governments or exercised the option for international arbitration standard in Chinese loan contracts. Restructuring a loan is only one of a menu of options for an underperforming project. Other options might include public-private partnerships (PPPs) involving equity injections from Chinese companies. Yet, although Chinese firms participated in some African debt-equity swaps in the 1990s, we have not yet seen this happening in the new millennium.

China’s participation in the G-20 agreement on a debt moratorium marks the first time China has joined in a multilateral commitment to provide debt relief on government-to-government lending.4

We expect China to honor this commitment for countries that request a moratorium, although we also expect this process to lack transparency, except as announced by the borrower.

In the next section we explore the issue of sovereign debt relief, looking closely at media and academic debates on how Chinese practices fit into evolving official creditor norms. Section 3 draws on cases in Indonesia, Iraq, Cuba, and Sri Lanka, establishing a comparative context for our extensive Africa data and case studies. Section 4 analyzes debt restructuring in China-Africa loans, and Section 5 addresses debt cancellation. Section 6 concludes.