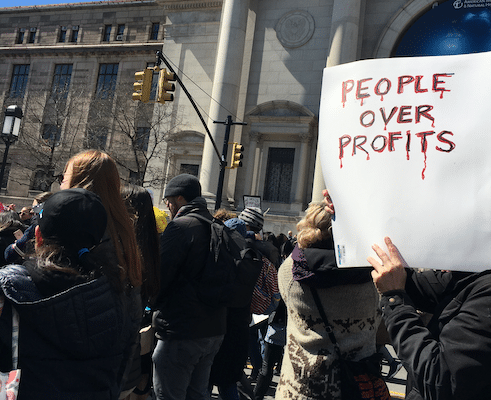 This text is the preface to a new Italian edition of The Communist Postscript (2010) by Boris Groys, forthcoming from Meltemi Editore, Milan.

In my postscript to historical communism,(1) I concentrated on the role of language in socialist society and how it differs from the role of language in capitalist society. Under the conditions of capitalism, discursive practice carries the goal of producing trust—trust in commercial products, political parties and institutions, the judicial system, and so on. If we trust these discourses, we say that they are true, that they correspond to reality. If not, we say that they are false. But how to differentiate between true and false discourses? After all, as mortal individuals, we are not always able to get direct access to the reality to which such discourses supposedly refer. And even if we get this access, the suspicion remains that we only have a “subjective impression” of it, which cannot serve as a criterion of truth. In the end we can only make a purely personal decision to commit ourselves to a certain discourse, ideology, political attitude, or worldview. As they say, “we can buy it”—the same as we buy any other product. And this operation of buying a certain ideology is a silent operation. It cannot be verbalized any further.

The discourse of Marxism, on the contrary, produces not trust but distrust. Marxism is basically a critique of ideology. Marxism looks not for a “reality” to which a particular discourse allegedly refers but to the interests of the speakers who produce this discourse—primarily class interests. Here the main question is not what is said but why it is said. And this question of why is not related to the personal situation, interests, or discursive strategies of the speakers. Men cannot know what is good for them; they very often profess ideologies that are directly detrimental to their interests. Thus, individual discourses are investigated by the critique of ideology according to their objective role in the class struggle.

This critical investigation allows those who listen to and read these discourses to make a rational decision as to whether to join them. We know which class we belong to and, thus, using the critique of ideology, we can chose a discourse that is favorable to our class interests. For example, if we belong to the dominating class, we can chose a discourse that has the greatest reactionary potential and can be best used to withstand the movement of working-class liberation. But this and similar choices are, of course, always disputable: the positions of different social classes are changing all the time, and the relationships among social forces are also changing. So, the accompanying discourses must be constantly modified and often even exchanged: a discourse that was reactionary yesterday can become progressive today, and vice versa. The discourse of the critique of ideology is a meta-discourse and it cannot be stopped. Indeed, only the discourse of distrust always goes further and never becomes silent, whereas the moment of trust is always a moment of silence.

However, as we well know, the critique of ideology was almost completely removed from the public sphere by postcommunist censorship. One prefers not to speak about class, one appeals to the alleged “common interests” of the rich and poor, one will “unite and not divide,” one will save our common planet. One will be positive. One will trust the power of a united mankind. Distrust, though, can never be fully suppressed. The meta-discursive space cannot remain forever empty. So now it has been filled by conspiracy theories that substitute for the critique of ideology. Instead of analyzing the class interests behind the dominant corporate discourses, one assumes, for example, that these discourses serve a sect of pedophiles that uses children’s blood as raw material for producing drugs. One asks: What to do with these wild conspiracy theories? How to win back the trust of the people? One can only propose a rational, enlightened way for this distrust to manifest itself.

This is especially true in our internet age. In many ways the World Wide Web was an attempt to build a space for virtual communism after the decline of communism in the off-line world. It is relatively free to provide and access content, so everybody can participate. Thus, the internet promised to break with selectivity and, therefore, with unequal access to public space. Indeed, selectivity was the main problem of traditional media. Newspapers and publishing houses, museum curators and theater directors made selections and redactions of texts, images, and events according to their ideological predispositions. This selection was motivated by two factors: interest in the commercial success of a publication or event, and the desire for this publication or event to avoid great political controversy. As a result, mainstream public speech reflected the attitudes of the most privileged social groups. By contrast, in the virtual space beyond national borders every voice could theoretically be published and heard. The internet seemed to offer space in which public speech could become free at last.

There is another aspect of the internet that is reminiscent of the communist past. The communist movement changed the position of listeners and readers. They ceased to be passive consumers of public discourse and became followers on the road towards the communist future. Language no longer functioned as a description of an existing reality but, rather, as an appeal to create a new reality. In this sense, public discourses were neither true nor false but rather inspiring or disappointing. However, the various communist parties, organizations, groups, and leaders proposed somewhat different descriptions of the future and instructions for how to achieve it. The language of appeals, orders, and commands inevitably produces contradictions, ruptures, and conflicts that can become violent. And it is never clear how far these contradictions and conflicts may lead. This uncertainty is, of course, frightening and produces the desire to pacify public speech. At its beginning, the internet looked like an ideal instrument of such pacification.

Indeed, the internet user is not a consumer but a follower. But these contemporary followers do not follow in the traditional sense of the word. The traditional follower was part of a religious, ideological, or political movement. Followership implied discipline and readiness to sacrifice. It was often exemplified by the figure of the samurai who was supposed to commit suicide when followership became impossible due to the death of a leader or a loss of purpose. Obviously, the contemporary internet follower does not have a similar sense of purpose and dedication. These followers follow public figures—their public actions but also their private affairs. And without moving away from their computer, a follower can follow very different figures, be they politicians, religious leaders, football players, artists, or princes from the English royal house. In the “real world,” the followership of such different public figures would lead to contradictions and conflicts. But on the internet all these figures are territorialized by their accounts on different forms of social media. These accounts can be visited by followers, but leaders cannot impose their presence on followers sheerly by their own will. The internet activates followers but deactivates leaders. The follower visits a public figure just to see what happens to them, what condition they are in at any given moment—like a doctor visits a patient to see how he or she feels.

However, this idyll is not perfect. Each internet user is not only a follower but is also followed. And here the promise of equality becomes broken. Indeed, different users have different numbers of followers. This number serves as symbolic capital—and can be easily turned into real capital. So the question arises: Why does that other person’s account have so many followers—and not mine? Under the conditions of the internet this question is even more difficult to answer than in a traditional culture that was explicitly selective and elitist. In this traditional culture, the mechanism of selection could be described and criticized. But the internet is allegedly regulated by algorithms—and they are inscrutable and uncriticizable for ordinary users. This means that the space behind the surface of the internet is necessarily imagined as a dark space. This space provokes competition among conspiracy theories to fill it—and the winner is, of course, the darkestest one. Followership turns into a hunt and the followers become the hunters. The hunt follows the digital trail that the targeted game leaves behind. But on the internet the follower is a hunter who can never reach the object of the hunt because this object remains off-line. This fact only make the hate grow.

Contemporary authorities react with censorship—in the hope of stopping the spread of conspiracy theories and hate speech. Today the same people who not so long ago praised the unrestricted freedom of speech and the so-called “hive mind” are the most radical proponents of the return of censorship. But the way to withstand the conspiracy theories is not to return to censorship but to return to the Marxist critique of ideology. It is applicable to the ideologies spread on the internet no less that it was applicable to the ideologies of earlier ages. After all, the hidden selectivity behind the surface of the internet reflects corporate and state interests to the same degree as the open selectivity of traditional media and institutions.

Boris Groys is a philosopher, essayist, art critic, media theorist, and an internationally renowned expert on Soviet-era art and literature, especially the Russian avant-garde. He is a Global Distinguished Professor of Russian and Slavic Studies at New York University, a Senior Research Fellow at the Staatliche Hochschule für Gestaltung Karlsruhe, and a professor of philosophy at the European Graduate School (EGS). His work engages radically different traditions, from French post-structuralism to modern Russian philosophy, yet is firmly situated at the juncture of aesthetics and politics. Theoretically, Groys’s work is influenced by a number of modern and postmodern philosophers and theoreticians, including Jacques Derrida, Jean Baudrillard, Gilles Deleuze, and Walter Benjamin.