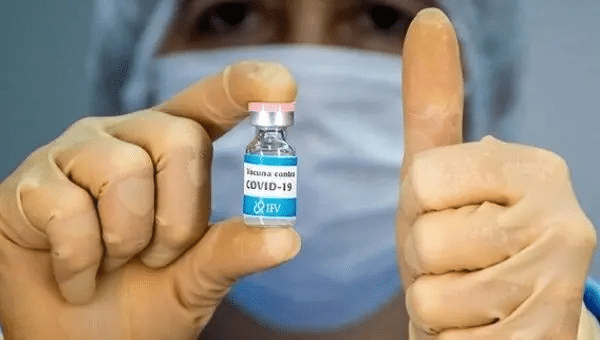 The COVID-19 pandemic has revealed the failure of most Western capitalist countries in their public health policies. Decades of neoliberal austerity, of cuts in health and education programs induced by restructuring programs by the IMF and the World Bank, are now showing their results in alarming numbers of contagion and deaths spreading throughout Latin America, Europe and the USA.

In the West, Cuba has set an example of efficiency and shown that another way is possible in the fight against the pandemic. The numbers speak for themselves; we only need to compare Cuba with other countries or even big cities with similar populations to get a very clear picture of the difference in results. With a population of about 11,350,000, Cuba has had–as of February 21–45,361 cumulative cases of COVID-19 with 300 deaths. The Greater New York City area, with a population of about 18,800,00, has a cumulative total of 700,815 cases with 28,888 deaths. Switzerland, with a smaller population than Cuba, about 8,600,000 people, has 550,224 cumulative cases of COVID-19 with 9,226 deaths. How to explain that a country that has far fewer resources than a city like New York or a country like Switzerland can be so much more efficient in its fight against the pandemic?

The answer is simple: the Cuban Revolution of 1959 focused the few resources available in the country on building a healthcare system that would serve the needs of the people first, and not the interests of the various sectors of privatized medicine, such as medical insurance plans, big pharmaceutical companies and the expensive ‘high-tech’ medicine of which the developed countries are so proud. After the Revolution, almost half of the Cuban doctors left the country, greatly limiting the new government’s ability to meet the health needs of its population. The revolutionary government decision was to invest in the training of new health professionals–in people–and to expand access to medical care to the rural population and especially to black Cubans, who had hitherto been left out. In this way, Cuba was able to increase the number of nurses from 2,500 in 1958 to 4,300 a decade later. 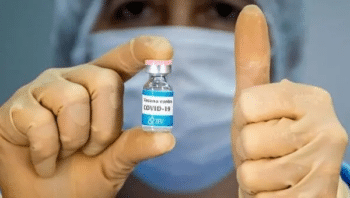 Through its massive vaccination campaigns, Cuba eliminated polio in 1962, malaria in 1967, neonatal tetanus in 1972, diphtheria in 1979, congenital rubella syndrome in 1989, post-cause meningitis in 1993, rubella in 1995, and tuberculous meningitis in 1997. Today, Cuba’s infant mortality rate is lower than that of the United States and less than half that of the black population in the United States. By 1983, just over two decades after the Revolution, life expectancy in Cuba had increased to 73.8 years, when in the previous period it had been only 58.8 years.

While many public health experts often attribute the chronic shortage of healthcare in Latin America to lack of resources, the Cuban Revolution has shown that when limited resources are distributed equitably and with an emphasis on people and prevention, public health outcomes previously unimaginable can be achieved. Neoliberalism, imposed by force in many Southern countries, and chosen by northern economic elites as the preferred policy in their own countries, led to a path opposite to the Cuban one. And the COVID-19 pandemic is showing very clearly which path was the right one.

In the rich countries of the north, neoliberal austerity has for decades caused successive reductions in health budgets, with cuts especially in the number of qualified personnel available. Cuba, by contrast, has invested in the training of an ever-increasing number of health professionals. When the pandemic arrived, it was clear that Cuba already had the necessary personnel and resource allocation capacity to face such a situation. In the wealthy countries of the north, by contrast, the lack of personnel and public infrastructure was compounded by an inability to take the right measures when these conflicted with established private interests. Consequently, for the first time, Cuba was asked to bring its aid to some rich and developed Northern countries, such as Italy. Cuban doctors and other health professionals also took their aid to Andorra and to France’s ultra-marine Caribbean departments of Martinique and Guadeloupe. One cannot imagine a greater demonstration of the bankruptcy of the neoliberal model.

The Cuban Revolution, from its very beginning and despite all the material difficulties faced by the new government, did everything possible to help other countries. In 1963, only four years after the Revolution, still struggling with enormous internal problems, Cuba sent its first medical aid mission to Algeria, a nation devastated after decades of a bloody war of independence against France. In 1966, with the help of 200,000 doses of polio vaccine donated by the Soviet Union, Cuba and its medical personnel, in collaboration with the government of Congo, coordinated the vaccination of more than 61,000 children in what was the first mass vaccination campaign in Africa. To date, Cuba has sent some 124,000 health professionals to provide medical care in more than 154 countries.

Besides this impressive aid brought by its own medical personnel to various parts of the world, another important contribution of Cuba is the training of health professionals, mainly from poor countries, at its Escuela Latino Americana de Medicina (ELAM–Latin American School of Medicine). Founded in 1999, ELAM trains students according to the Cuban model of Medicina General Integral (MGI), focusing mainly on public health and primary care, with a holistic approach to understanding health, including disciplines such as biology, sociology, and politics. ELAM’s foreign students have all expenses paid by the Cuban state, except for airfare. By 2020, ELAM had graduated 30,000 new doctors from over 100 countries, mainly from Africa but including from the poorest areas of the United States. Many of these students would have no chance of studying medicine in their home countries, and upon their return provide an invaluable and sometimes previously unavailable service to their fellow citizens, including, now, care related to the pandemic. According to ELAM, there are about 52,000 health professionals from Cuba working in 92 countries, which means that Cuba has more doctors working abroad than all the health professional contributions of the G-8 countries combined.

Owing to their commitment to the health of people, especially the poorest and most disadvantaged, and not to a privatized health system in which profit determines where and how to allocate resources, Cuban doctors are frequent targets of attacks from the far right in the countries where they work. In Brazil, following the coup d’état against elected president Dilma Rousseff and the illegal ascension to power of Jair Bolsonaro, Cuban doctors had to leave the country. The same occurred in Bolivia after the coup against President Evo Morales and in Honduras after the coup against President Zelaya. In all these cases, it was the poor who suffered the most, for Cuban medical professionals were the only ones providing care previously unavailable to them. In 1979 Cuba sent a medical mission to Grenada, and by 1982 this country saw a 25% reduction in its infant mortality rate, thanks mainly to the work done by Cuban professionals. But the United States invaded Grenada in 1983, and the Cuban health workers were expelled.

Regarding the pandemic of COVID-19, however, the example that perhaps best reveals the disastrous consequences that the combined effect of sending away the Cuban doctors and imposed structural readjustments can cause in a country is the case of Ecuador. Following the election of President Lenin Moreno in 2017, the Cuban health professionals working in this country with the support of the previous President Rafael Correa had to leave, and the International Monetary Fund recommended a 36% cut in the health budget, a measure adopted by President Moreno. These two actions left the country with virtually no healthcare system, hence no defense in the face of the COVID-19 pandemic. As a result, the city of Guayaquil alone, Ecuador’s largest, with about 2,700 million inhabitants, had an estimated 7,600 deaths due to the pandemic, a number more than 25 times higher than that of all of Cuba.

The medical brigades and ELAM have so far been Cuba’s two greatest contributions in the fight against the COVID-19 pandemic. But another extremely important one is on the way: the Sovereign II vaccine, produced by the Finlay Vaccine Institute in Havana. Cuba hopes to immunize its entire population with its own vaccine later this year. Once again, Cuba’s socialist approach to vaccine production differs radically from that adopted by the world’s capitalist nations. The result of Cuba’s international experience, accumulated through its many missions conducted in various parts of the world, the Cuban vaccine is a hope for the poor nations since, again, Cuba’s international solidarity can be counted on. According to an article by W. T. Whitney, Jr:

100 million doses of Sovereign II are being prepared, enough to immunize all 11 million Cubans, beginning in March or April. The 70 million remaining doses will go to Vietnam, Iran, Pakistan, India, Venezuela, Bolivia, and Nicaragua. Sovereign II ‘will be the vaccine of ALBA’ explained Venezuelan Vice President Delcy Rodríguez, referring to the solidarity alliance established in 2004 by Venezuelan President Hugo Chavez and Cuba’s Fidel Castro.

Cuba’s strategy in commercializing the vaccine represents a combination of what’s good for humankind and the impact on world health. We are not a multinational where a financial objective comes first,’ says Vicente Vérez Bencomo, director of Cuba’s Finlay Vaccine Institute. Income generated by vaccine sales abroad will pay for healthcare, education, and pensions in Cuba, just as is the case with exports of medical services and medicines.

In contrast to the Cuban approach, the author further wrote:

According to forbes.com in November 2020, ‘If Moderna’s [vaccine] can get FDA approval and can make enough doses, its top line could be nearly $35-billion higher … than … in the last 12 months.’ Another report suggests that, ‘The companies (Pfizer and Moderna) stand to earn billions of dollars in profits from their COVID vaccines this year [and] there will be more profits in later years.’ The companies ‘claim the rights to vast amounts of intellectual property’.

With corporations in charge, distribution of COVID-19 vaccines is skewed. As of January 27, ‘some 66.83 million doses have been sent out, of which 93 percent were supplied to only 15 countries.’ In Latin America, only Brazil, Argentina, Mexico, and Chile have secured purchase contracts adequate for immunizing entire populations. The companies’ contracts with African nations allow for immunization of only 30 percent of Africans in 2021. Meaningful immunization has yet to begin there.

The wealth divide determines distribution. Epidemiologists at Duke University report that, ‘While high-income countries represent only 16% of the world’s population, they currently hold 60% of the vaccines for COVID-19 that have been purchased so far.’ Cuban journalist Randy Alonso reports that only ‘27 percent of the total population of low and middle-income countries can be vaccinated this year’.

Since its revolution, Cuba has been under uninterrupted attack by the Empire and its accomplices. Economic sanctions and blockades make its population suffer and harm considerably Cuba’s capacity to keep doing the international work. Even so, this small nation, always so stubborn and generous continues to be a source of hope for the world. Above all, Cuba points the way forward, with great firmness, detachment, courage, and an inexhaustible joy.

Franklin Frederick is a Brazilian writer and political activist living in Bern, Switzerland.