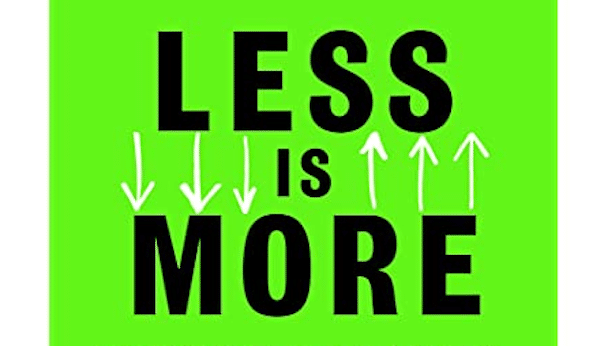 Degrowth has arrived. It makes appearances in mainstream newspapers, radio discussions and even the blog pieces of mainstream economists. In the last year several books have appeared, one of them published in the UK, by Penguin no less. This is from the LSE-based economic anthropologist, Jason Hickel, formerly known most for his work on global inequalities. 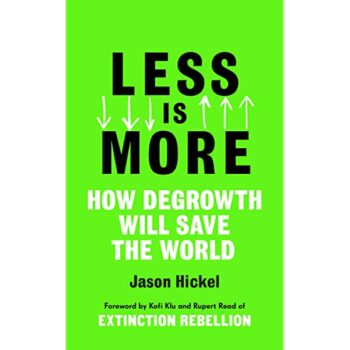 Hickel’s book is accessible and engagingly well written, with a good mix of anecdote, facts and argument. The key issues are identified: ecological overshoot leading to crises in the climate system, biodiversity loss and the overstepping of planetary boundaries, taking humanity into the dangerous territory of potential collapse of the systems that we rely upon to sustain life. Hickel is very clear that the overshoot is the result of the capitalist mode of production, itself drawing on the history of colonisation, of nature, peoples and lands. He identifies the contradiction between use and exchange value and the connection between relentless capital accumulation as an end and the growth problem. He notes that this endless expansion of capital is the distinctive characteristic of capitalism. Perhaps surprisingly, he does not identify its motor, the expropriation of surplus value from the labour power of workers.

The book has excellent sections explaining why economic growth cannot, other than temporarily, be decoupled from the growth in material and energy flows. Economic growth is the monetised realisation of capital’s expansion and the the expansion of material flows is what is causing the devastation of ecosystems, both through ever expanding extraction and as a result of the polluting products of industrial production. As Jason Hickel makes clear, switching to renewable energy requires capping, and probably reducing, the scale of energy use, while the re-circulation of materials within the economy only make sense in the context of a provisioning system founded on the principle of sufficiency.

Hickel makes it clear that never-ending economic growth is not a path to prosperity and well-being for all, rehearsing the evidence from comparative and longitudinal studies that have interrogated the association between the scale of the economy and various measures of health, prosperity and well-being. Students of capitalism as a malign system, where impoverishment is the partner of enrichment, will hardly be surprised.

He similarly rules out the technological fix, showing how improved or new technology will not reverse the growth of the overshoot since it doesn’t reverse the accumulation machine. Work has been done on alternative economic indicators and Hickel salutes this work with the caution that although they give us more appropriate measurement of how an economy is doing in relation to planetary and human welfare, they do not, of themselves change the underlying process of expansion.

The book presents an alternative shopping list of policy interventions. I found myself wondering if these really added up to the kind of radical programme that’s needed, although there is nothing wrong with them in themselves. They are listed as, 1) an end to planned product obsolescence, 2) cutting advertising, 3) a shift from ownership to usership (sharing equipment and resources and shifting from individual solutions like cars to collective ones like cycle lanes and buses), 4) ending food waste and 5) scaling down ecologically destructive industries. Elsewhere he adds ideas such as a caps on energy and material use (a proposal that ‘green growthers’ have never responded to), a job guarantee (State as employer of last resort), reduced working hours, debt jubilee (cancellation) internationally and at the individual as well as household level, and monetary reform, of which more later.

This list could be compared with that in the well researched tome by Steffen Lange, who brought together proposals based on an interrogation of the three major macroeconomic theoretical approaches, and with the list that we have suggested, building on work by Giorgos Kallis and colleagues. There are significant overlaps but also additional areas that do not feature in Hickel’s list such as tax reform, changes to the ways buildings are owned and used, a shift to collective ownership or enterprises or a more comprehensive curb on the whole sales and marketing function. In all cases, it should be noted, and in Hickel’s case this is despite a testimonial foreword from two prominent Extinction Rebellion members, they do not amount to a degrowth programme for emissions reduction. That is work that is still to be done, although there are studies to support it such as the work of the MEDEAS group.

Inevitably, I had some dissatisfactions, and in the spirit of comradely criticism, I’ll outline them.

One omission is a thorough consideration of “the agency problem” Like many of us who promote alternative approaches to economy and society, Hickel is good at identifying the problem and contributes helpful ideas on policy. But how is the change to happen? What, in effect is the political economy, and the politics, of a turn to degrowth? Apart from the vindication of a deepened democracy, which should not be controversial, the book is silent on this, with the author, reasonably enough, pointing out that he is not a political strategist. Yet some idea of the political and social movement priorities, together with the system’s leverage points, is very much needed if we are to go beyond making a contrast between the bad and the good. Are we doomed to recapitulate the history of the socialist movement where for decades utopian ideas were proposed with little articulation of how they might come about? That was something explored with precision by Engels in “Socialism, Utopian and Scientific”, an analysis that is relevant to the degrowth and sustainability conundrum of today.

By making a strong link between the incessant expansion of material and energy flows and the systemic need for increments in accumulation, Hickel points the finger clearly at capitalism. In identifying capitalism as not merely the free market and private enterprise, but that self-expanding system where exchange value rather than use value is prioritised, his formulation is much more adequate than much of the discussion. However, as I have already noted, he omits the ‘law of value’, surplus labour as the source of value under capitalism. Perhaps this is why, in my view, Hickel presents a rather simplistic analysis of the role of money in creating growth imperatives. If we understand the distinctions between value and money on the one hand, and between exchange value and use value, on the other, then it is clear that the creation of money by banks is not the fundamental issue in the expansion of the material basis of the economy. But the book uncritically repeats the proposals of abolishing compound interest and “debt-based currency”. These ideas are the subject of debate within the ecological economics research community and it is by no means clear that they have much relevance to escaping the growth treadmill, although other reforms, such as nationalising the big banks and making the control of credit and interest follow ecological priorities, could be helpful.

In a final section of the book, Hickel reflects on what living ecologically means. He draws upon alternative world views from traditional and indigenous peoples. As he acknowledges, some of the more animist thinking might seem very strange but he argues that it articulates an understanding of the intimate connection between humans and the rest of the living world. He argues that the break in the dominant Western world view came with Descartes and his dualistic philosophy, which as the liberation philosopher Enrique Dussel argues, was intimately linked with the imperialistic expansion of Western Europe and its eclipse of “the other”. Just as native populations (and often women) were defined as less than fully human, so the privileged humans were put on a pedestal, above and separate from nature, characterised by the autonomous mind, separate from the physical body. To me, though, while we should acknowledge the huge resource of indigenous knowledge of ecosystems and how to live with them, some of the passages about traditional spiritual beliefs come over as somewhat credulous. What is needed is an approach that transcends both Western modernism and traditional world views, by adopting a deep ecological understanding of interdependency and the ethical responsibility of humans as ecosystem stewards, using scientific knowledge and dialectical understanding in that work, while also drawing on the insights of the traditional stewards of the land, especially traditional peoples. That perspective, which Dussel terms “transmodern” is essentially the perspective of a subterranean current in socialist thought, from Winstanley via Engels (whose thinking prefigured systems ecology) and Morris, to recent thinkers such as Rachel Carson and Raymond WIlliams, as explored in John Bellamy Foster’s major work, “The Return of Nature”. I think that is probably the perspective that Jason Hickel also takes, but from the book, it is not very clear.

I strongly recommend More is Less as a thought provoking introduction to degrowth thinking. Its main points are consistent with our Viable Economy and Society framework. It would be too much to expect that it were a finished statement of a philosophy and movement that is still evolving, but it certainly makes a strong contribution to it.