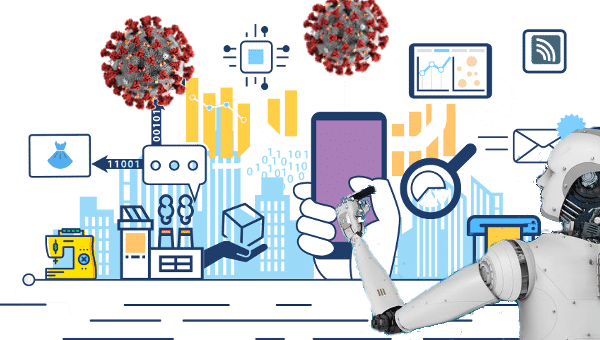 In The Shock Doctrine, Naomi Klein demonstrated how neoliberalism was not always advanced in society through democracy, but was instead pushed on society by powerful elites behind the public’s back in times of crisis. As Milton Friedman put it,

Only a crisis–actual or perceived–produces real change. When that crisis occurs, the actions that are taken depend on the ideas that are lying around.

Recently, Klein coined the term “disaster capitalism” to describe how corporations profit from crises with help from the right-wing governments that pick up and implement the ideas that serve them. Often, governments will wait for a crisis, declare that the crisis necessitates extraordinary politics, suspend normal democratic processes, and then ram through a “corporate wish list” as quickly as possible.

From defunding social services to selling off of public green spaces, the Doug Ford Government has picked up and implemented many discredited neoliberal ideas that have been “lying around” Ontario for decades. And in the context of the Covid crisis, the Ford Government’s pro-business advisors and MPs have followed disaster capitalism’s four-step playbook to a tee when trying to privatize public education and erode the collective power of the province’s four main teachers’ unions. 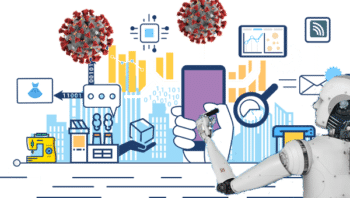 The Ford Government’s first step in the playbook is fairly obvious. The pandemic is a crisis of gigantic proportions, but instead of trying to mitigate the impact of this crisis on public education, the government has exacerbated the crisis with extraordinary politics. For example, instead of consulting with teachers and teachers’ unions as stakeholders in education, the government ignored them and even voted against their proposal for smaller classroom sizes.

Also, the government moved the March Break to mid-April, again without consulting teachers and disregarding experts such as the Ontario Principals’ Association, the ADFO (Association des directions et directions adjointes des école franco-ontariennes), the CPCO (Catholic Principals’ Council) and the four main teacher unions (ETFO, OSSTF, OECTA and AEFO), have all publicly stated this was a bad idea. Furthermore, according to a recent memo sent to school boards, the Ford government plans to cut $1.6-billion from the public education budget for the 2021-22 school year, an austerity measure that will likely lead to the layoff of thousands of education workers.

The Ford government’s next step in disaster capitalism’s playbook was to circumvent democratic processes. It has pushed through gigantic omnibus bills that on the surface appear to be pieces of legislation that help the province recover from the pandemic but actually hide the neoliberal ideas that are “lying around.” For example, Bill 213, deceivingly titled “Better for People, Smarter Business Act,” included a clause to give noted racist and homophobe Charles McVety’s private bible college the status of a university, thereby bypassing all regular channels of vetting. Another trick is to circumvent the norms of transparency in democratic decision making. The Ford government regularly states that it has consulted medical experts but fails to reveal who is at that table, a situation the auditor general Bonnie Lysk called out in November 2020. They also willfully ignore multiple notices of Freedom of Information (FOI) requests, refuse to make ministry mandate letters public, and scrub social media of criticism.

The Ford Government’s first three steps set the stage for the dismantling of public education or at least, the opening of it up for new lucrative privatization possibilities for EdTech corporations looking to profit. Prior to the pandemic, Doug Ford “launched a surprise attack on public education” by increasing class sizes and forcing high school students to take four e-learning courses, which threatened thousands of teaching jobs. The wholesale shift to online learning with the pandemic has cleared the ground for big educational technology (EdTech) companies such as Google Classroom, Knowledgehook, and Brightspace to swoop in with platforms, apps, and content to support student learning at home, and profit-maximize along the way.

While the EdTech industry had a foothold in public education in Ontario before the pandemic, the shock of it enabled the government to push a rapid shift to integrate EdTech into the core of education with little questioning of the way that EdTech companies are gleaning unprecedented access to school curriculum, student data, and future markets.

Ford’s surprise attack on public education that was vehemently critiqued only one year ago has opened the public education system in Ontario to EdTech capitalism. Globally, EdTech has moved from an enclosed section of the technology sector, to a “full-blown global industry with transnational powers to influence teaching, learning and schooling.”

The social crisis instigated by the pandemic was seized upon by the Ford Government to shock public education with privatization initiatives that have divested public money from public institutions and shifted it into corporate hands, while simultaneously weakening the collective powers of the teachers’ unions. But all is not lost. As Klein reminds us, there are always alternative ideas “lying around.” We need to turn to the ideas of those who have long defended public education against privatization. The teachers’ unions have lots of good ideas lying around on how to improve public education for all, not just the powerful elites.

No matter what, the pandemic created an opportunity for right-wing governments and EdTech corporations to push for a change that serves their ideology and their bottom line. Yet, there are also possibilities in this moment for teachers’ unions, students, and the communities that support them to strengthen public education. That would be a real change.

Natalie Coulter is an Associate Professor in Communication Studies at York University, and is the Director of the Institute for Digital Literacies (IRDL). She is co-editor of Youth Mediations and Affective Relations(Palgrave Macmillan, 2019) and author of Tweening the Girl (Peter Lang, 2014). She is a founding member of the Association for Research on the Cultures of Young People (ARCYP).