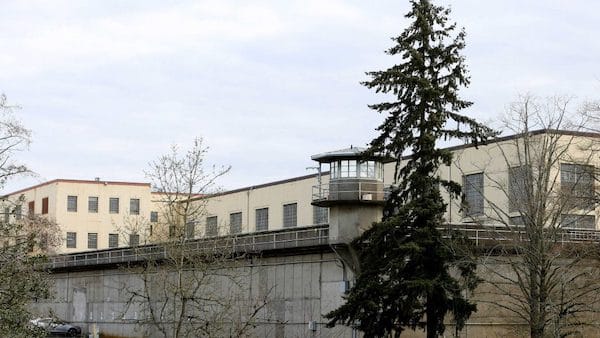 One of Oregon’s largest prisons, already hard hit by COVID-19 cases, had been grappling with a major power outage for the last week.

A few months back I was part of a cluster of six people called to the prison infirmary to be offered the seasonal flu shot; four of the other five men refused it. Today, as I listen to the loud conversations “on the gate” (people talking back and forth while locked in their cells), I hear considerable sentiment against taking the COVID-19 vaccine when it is offered. (As a result of a court order, it will now be available for New York State prisoners.)

People in more comfortable sectors of society may not understand why such distrust of the medical authorities is so widespread in here, but it’s reality-based. The infamous Tuskegee syphilis study on Black men is but the best known of the plethora of medical experiments on Black and Brown people in and out of prisons, and other vulnerable populations. On top of that, in here we all know some grim examples of the problems with prison medical care.

COVID-19 is the second pandemic that has swept through our prisons since I was incarcerated in 1981. AIDS, starting in the 1980s, was a grim reaper which in 1995 alone took 258 lives of mainly young New York State prisoners. The two diseases are very different in terms of means of transmission and of the ways they attack the human body. At the same time, some of the lessons we learned fighting the last pandemic are useful today.

The coronavirus is airborne, which makes our crowded prisons and jails, often with poor ventilation and limited access to hygiene supplies, torrid hot zones. There have been COVID-19 outbreaks at 850 jails and prisons across the U.S.; the infection rate is three times higher in the prison population than the outside population, and the mortality rate is twice as high.

The threat is not just to prisoners’ lives. Because staff are coming in and out every day, they can bring infections in and also take them out to their communities. Even if adequate immunity is eventually achieved, COVID-19 will not be the last contagious disease that can fester in prison. Public health is yet another powerful reason to reverse mass incarceration.

When AIDS hit us, the anxiety among prisoners was palpable, the misinformation was rife, the distrust of CDC guidelines was high. I was co-founder of the first comprehensive peer education project on AIDS in a prison, which helped spark a proliferation of such programs throughout New York State and nationwide. We bridged the trust and information chasm with extensive peer education–well-respected and thoroughly trained prisoners counseling our fellow prisoners. We were able to make a big difference in acceptance and support for people living with AIDS, with intensive one-on-one work around drug and sex practices, in offering accurate assessments of the effective medications that became available in 1996.

With COVID-19, the primary need is to dramatically reduce the prison population and to make the vaccines available to everyone in a congregate setting. But there is also a role for peer education. We need to counter the sense of futility about social distancing by explaining that, even though the standards we see on TV are impossible for us, whatever one can do in terms of masking and maintaining some distance can make a difference. We need respected peers well-versed in all aspects of the vaccine who can talk with fellow prisoners about the current levels of efficacy and safety.

The most effective public health results are achieved when the affected communities are educated and mobilized. Prisons are no exception.

Gilbert, 76, has been incarcerated in New York State prisons for almost 40 years. He was an early initiator of peer education programs on AIDS in prison.

David Gilbert is serving three consecutive terms of twenty-five years to life for his participation in a 1981 politically motivated offence. He will be eligible for parole in 2056, at the age of 112. He is the author of No Surrender: Writings from an Anti-Imperialist Political Prisoner(Abraham Guillen, 2004), and a memoir, Love and Struggle: My Life in SDS, the Weather Underground, and Beyond (PM, 2011). Gilbert has been a reader of Monthly Review for fifty years.