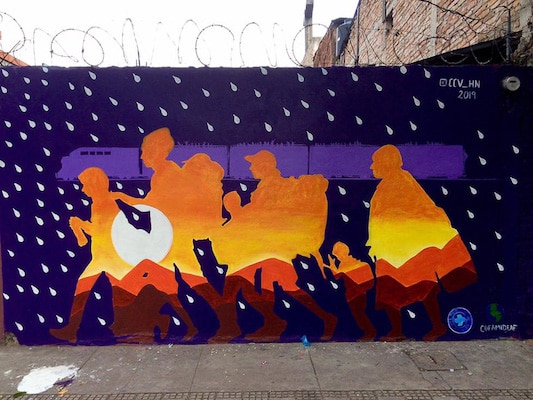 On Sunday night on 21 March 2021, a gunmen stopped Juan Carlos Cerros Escalante (age 41) as he walked from this mother’s home to his own in the village of Nueva Granada near San Antonio de Cortés (Honduras). The gunmen opened fire in front of a catholic church, killing this leader of United Communities in front of his children. Forty bullets were found at the scene.

Jorge Vásquez of the National Platform of Indigenous Peoples said that Juan Carlos Cerros had been threatened for his leadership of the Lenca peoples and their fight to protect their land. Carlos Cerros was killed, Vásquez said, ‘because of the work we do’. None of his killers have been arrested.

Two and a half weeks later, on 6 April, Roberto David Castillo Mejía entered the Supreme Court in Tegucigalpa, the capital of Honduras. Castillo, the former president of Desarrollos Energéticos Sociedad Anónima (DESA), the company behind the Agua Zarca dam project on the Gualcarque River, came to face charges that he was the mastermind in the 2016 assassination of Berta Cáceres, the leader of the Civic Council of Popular and Indigenous Organisation of Honduras (COPINH). The next day, on a plea from the defence, the Court agreed to suspend the trial for the fourth time.

Before the suspension, the legal team representing Berta and her family presented new evidence that established a wider conspiracy that involved the Atala Zablah family. The lawyers filed paperwork that showed confirmation of a payment of $1,254,000 from DESA to Potencia y Energia de Mesoamerica S.A. (PEMSA). This money went from DESA’s chief financial officer, Daniel Atala Midence, to David Castillo, who then funnelled it to the military officer Douglas Bustillo, who coordinated the assassination of Berta.

In 2013, DESA had initiated the construction of a hydroelectric dam without consulting the Lenca community, who consider the river to be a sacred and common resource. Berta Cáceres opposed the Agua Zarca dam and defended the land of the Lenca people. As Vásquez said of the murder of Carlos Cerros, Berta too was killed for the work she did. She was killed, her family says, by a conspiracy that involved the Atala Zablah family, the main financial backers of the dam project. The Atala Zablah family’s company, Inversiones Las Jacaranda, raised their money–despite pleas from Berta–from FMO (a Dutch development bank), FinnFund (a Finnish development investor), and the Central American Bank of Economic Integration (a multilateral development institution). 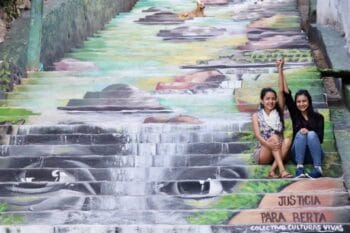 Bertha and Laura Zúniga Cáceres at a mural made by el Colectivo Culturas Vivas, Tegucigalpa, Honduras, 2021.

‘We are in a lot of uncertainty’, Bertha Zúniga Cáceres, the daughter of Berta Cáceres, told me; ‘the justice system in Honduras has never cared about this’. The ‘this’ in her statement relates to the role of DESA and its executives. The authorities have been shielding the Atala Zablah family and the ruling party, which had itself tried to collude in the cover-up.

In 2009, the U.S. government actively participated in and egged on the oligarchy to undertake a coup d’état against the left-leaning government of Manuel Zelaya. Since then, Honduras has been governed by the far-right National Party, whose current leader and Honduran president is Juan Orlando Hernández (JOH). After Berta Cáceres was assassinated, President Hernández’s minister of security Julián Pacheco Tinoco wrote to Pedro Atala Zablah, one of the leaders of the Atala Zablah family and a board member of DESA. He wanted to assure Atala Zablah and his family that the government would not pursue the case with any seriousness; the case, he said, would be seen as a ‘crime of passion’. Zúniga Cáceres tells me that ‘neither did the army act alone nor did the company act alone either’. There is, she says, ‘coordination between the economic and military power centres, which is the essence of the dictatorship under which we live in Honduras’.

This week, Tricontinental: Institute for Social Research published a dossier on the 2009 coup and on the regime of JOH. It looks at how these processes have created a climate of impunity for class violence by the elites–such as the Atala Zablahs–against leaders such as Berta Cáceres and Carlos Cerros, brave people who defend the dignity and land of all people in Honduras. We researched and wrote the dossier with COPINH and Peoples Dispatch (special thanks to Zoe Alexandra). The dossier, Pity the Nation: Honduras Is Being Eaten From within and without, comes in three parts:

The third section ends with a quote from Miriam Miranda, a leader of the Black Fraternal Organisation of Honduras (OFRANEH): ‘We are tired of the lies from the government of Honduras. [Government reports] have no substance. They don’t say anything. They make a joke of us, the Garifuna people. We do not want lies. We want the truth. We want life to be worth more in our country. We have to build new paths. We will continue fighting so that this becomes a reality’. 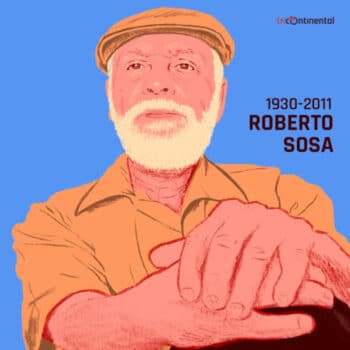 In Yoro, Honduras, the people speak of the lluvia de peces, or the rain of fish, which they commemorate with a festival during the rainy season. Miracles such as this, it is hoped, will rescue people from the tribulations of hunger. Roberto Sosa (1930-2011), one of the great poets of Honduras, was born in Yoro, but he moved away from the miraculous toward the politics of the people and the Left. In 1968, he published his finest collection of poems, Los pobres (The Poor), which won the Adonáis Prize. The headline for this newsletter comes from one of the poems from this collection, La Casa de la Justicia. Here’s an extract:

I entered
the House of Justice
of my country
and found it to be
a temple
of snake charmers.

Grim judges
speak of purity
with words
that have acquired
the brightness
of a knife. The victims–in constrained space –
measure terror in a single blow.

Roberto Sosa’s line, ‘I entered the House of Justice of my country and found it to be a temple of snake charmers’, has been quoted often in the immediate aftermath of the 2009 coup and in the years that have followed. After the coup, Sosa said that Honduras had been turned ‘into a jail country’ (en un país cárcel). ‘Today, the entire country is militarised’, Sosa said, but he took refuge in the ‘massive and organised resistance that has not stopped demonstrating against the coup government, a resistance that does not retreat’.

There is no retreat even today. None for the people of Honduras.