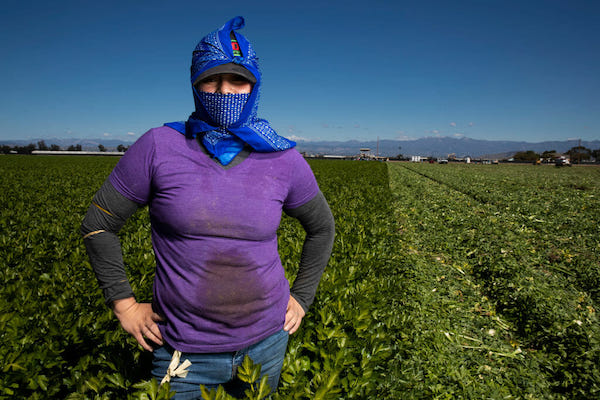 Throughout the Covid-19 pandemic, there has been an outpouring of public support for essential workers. But this national discourse has largely excluded migrant women farmworkers, despite their vital role in keeping food on American families’ tables.

Monica Ramirez, Executive Director of Justice for Migrant Women, is working to change that.

“I’m the first generation in my family that didn’t have to work in the fields to make a living,” Ramirez told Inequality.org.

So I was raised to be part of this movement and fight on behalf of my community.

She decided to focus her work specifically on women migrant farmworkers after witnessing firsthand the systemic inequalities within the agriculture industry that made migrant women farmworkers particularly vulnerable. 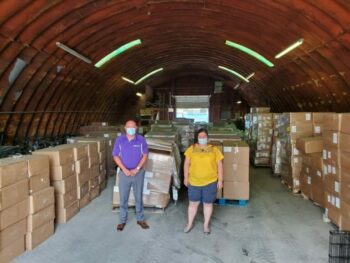 Despite the fact that one in four farmworkers are women, Ramirez said that studies on the health risks of pesticide exposure have typically focused on men. This means that on top of the risks pesticides pose to everyone, hundreds of thousands of women farmworkers face particular threats to their reproductive health and to their children. Pesticides have been linked to poor birth outcomes, congenital anomalies, developmental deficits, and childhood tumors.

Current federal safeguards to address these inequalities are inadequate, according to Ramirez and other farmworker advocates.

The National Agricultural Worker Survey (NAWS), conducted by the Department of Labor, collects demographic, employment, and health data in face-to-face interviews with farmworkers throughout the country. The survey provides valuable information to lawmakers that greatly influences policy making. But unlike other surveys conducted by the Department of Labor, the (NAWS) does not disaggregate its data by gender—depriving policymakers and advocates of the data needed to better remedy the concerns of women working in agriculture.

“The National Agricultural Worker Survey does collect data that they could disaggregate by gender, but they choose not to, and that’s really harmful for women workers,” said Ramirez.

When we don’t know the real experiences of women migrant farmworkers, because the data is not disaggregated in a way for us to understand the reality, then it makes it even more challenging for us to do the work to try and improve those conditions.

Another key survey, the Farm Labor Survey conducted by the U.S. Department of Agriculture, also fails to make gender-disaggregated data available to the public. The survey is used to produce the annual Farm Labor Report which, among other things, helps establish wages under the H2-A temporary agricultural worker program. Without gender-specific information, it is difficult to understand the full scope of the gender wage gap among migrant farmworkers, which in turn makes it difficult for organizers to mobilize around specific demands.

Employers of farmworkers often avoid taxes by hiring the man in a family and making his wife and children work off the books.

Ramirez managed to obtain the USDA’s raw survey data and disaggregated it herself, finding the wage gap between men and women farmworkers to be about $5,000 annually. But even this understates the disparities, since many women farmworkers do not even have access to their own income. Employers will often officially enroll the man in a family as an employee while the wife and children work off the books.

“This kind of practice is beneficial to the employer because they pay fewer taxes and benefits but for the women, it’s really terrible,” said Ramirez.

They of course should be entitled to their own wages, but also it amounts to a situation that makes it incredibly difficult for them to leave an abusive relationship or be able to prove to immigration authorities that they work.

Improving data collection on federal farmworker surveys is just one part of Justice for Migrant Women’s broader policy priorities for the Biden administration. Other priorities include reforming the immigration system, addressing violence against women, and instituting mandatory workplace health and safety guidance—a demand which became even more urgent as migrant farmworkers were left out of some federal Covid relief programs.

But most importantly, Ramirez believes transformative change will come when stories of inequality motivate others to fight for someone they do not know.

In order to change things for the most marginalized, everyday people who have never worked a day in the fields will need to link arms and call for change alongside migrant women. And that can’t happen if people don’t have a clear picture of these women’s reality.