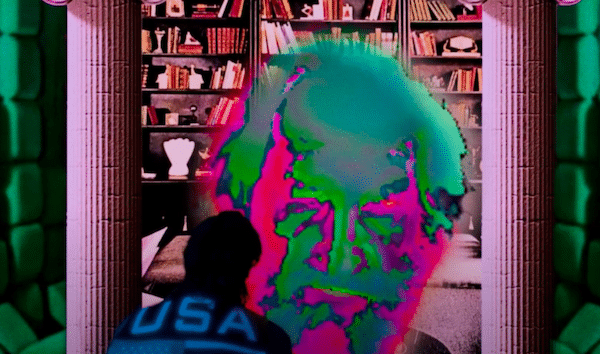 Julian Casablancas has released a new interview with famed philosopher, linguist and social critic Noam Chomsky on the latest episode of his Rolling Stone interview series, S.O.S. — Earth Is a Mess.

The interview finds the 92-year-old Chomsky chatting virtually with the Strokes and the Voidz frontman, appearing in the form of a giant Wizard of Oz-style hed to fit the show’s sci-fi aesthetic. The interview finds Chomsky specifically touching on the ways democracy has changed and been constrained in the United States over time, and how representative the U.S. government actually is of the people compared to corporate interests.