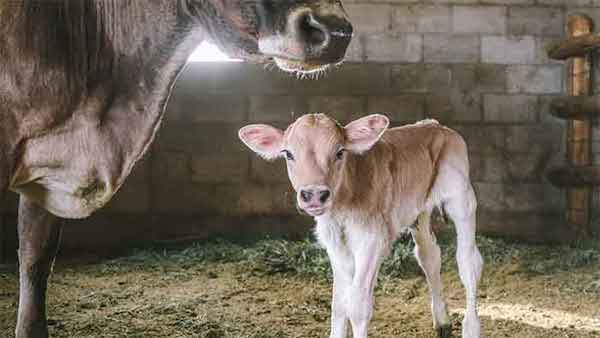 There is a fast increasing trend in cattle breeding towards sex semen technology which will result in birth of only female calves. 90 per cent success in ensuring success (in terms of having only female calves) is claimed by promoters of this technology.  Although the drift towards this shockingly reductionist technology was initially restricted in India to some extent by the high costs of the technology patents vesting with USA firms, there have been increasing efforts to develop Indian technology and there has been increasing emphasis by the union government during the last six years towards supporting it, with a minister claiming to set up ‘ cow factories’.

The Hindu Business Line reported on December 27 2019,—The country has found an innovative solution to control stray animal population. It is implementing the sex-sorting semen technology for artificial insemination, which will produce only female animals. This will reduce the number of male calves.

Tracing the advent of this technology in India earlier The Times of India had reported on November 26, 2014—For the first times in the country an artificial insemination centre has been set up by dairy giant Amul which plans to develop sexed semen technology and then impregnate into newly matured young cows. This will ensure that the cows inseminated with ‘sexed semen’ only give birth to young female calves… Amul officials claim that they have already partnered with some of the country’s premier institutes for developing this technology. In sexed semen, the fractions of the X-bearing (female) and Y-bearing (male) sperm are modified from the natural semen through sorting and selection.

More recently the Business Standard quoted a minister and BJP leader as stating that we will set up cow birth factories (ham gai paida karne ki factory laga denge). He said that 30 lakh doses of sex-sorted semen will be given in a year and by 2025 there will be 10 crore female cows. (September 2019)

Regarding the new technology being developed in India the Business Standard reported on June 20 2016—This sex semen technology involves clearing of all Y-chromosomes from a male sperm and then injecting into a female.

Further, on November 8 2020 the Business Line reported—India now has an indigenous technology for sex sorting bovine sperms which would ensure birth of only female calves.

It is clear that these developments which take forward the technology of sexed semen for producing only female calves has been generally welcomed by the media as well as by scientists and politicians placed in very important official positions. Nevertheless it is important to raise questions about this.

This is all the more important at this point of time when the world has been ravaged by a pandemic and several scientists and environmentalists now trace the linkages of several pandemics to disruptions in animal life and in animal-human inter-actions, as well as in the wider environmental changes which relate to this. The balance of nature, the balance of various species within it is very important and when this is disrupted many unintentional and unpredicted  disruptions in other areas including health can result which can be very harmful. This is all the more important in the case of a species like cow which is so close and integral to rural communities in India and several other countries.

What is the guarantee that human-animal inter-actions will be as harmless in the case of the cows produced with sexed semen technology as these have been with normal cows? What is the guarantee that the milk obtained from these cows will be as  nourishing and fit for human and particularly child use as has been the case with the milk from the normal cows? Surely all these questions should at least be asked and examined before we rush on the super highway towards very fast spread of highly dubious  technologies and realize mistakes when it is too late.

Another question is—once such short-vision technologies get established and accepted where will these stop. If these are used for eliminating bullocks today, won’t it be the turn of the male species of some other animals tomorrow. Eventually where will this stop and what will be the overall impact in totality on nature and on animal life and on human-animal inter-actions?

In the rush to push highly reductionist and short-vision technologies such as sexed semen, has anyone cared to consider all the potential hazards and  adverse impacts? Are the promoters willing to give a guarantee that no serious adverse impacts will emerge? Have they at least considered all the possible adverse impacts?

Bullocks have been such an integral part of rural community life in India as well as several other countries. Farmers have been taking great pride in the health of their bullocks. Bullocks have been celebrated in folklore which indicate the equal affection cows and bullocks received in farmer households with no gender discrimination. Prem Chand wrote a famous story (Do Bailon Ki Katha) which brings out this affection for bullocks vividly and a film with great music was made (Hira-Moti) based on this story.  True tractors have displaced them from ploughing in many villages, but they are still used for ploughing in many other villages. In addition they have been used for help in food processing and irrigation and for transport. Bullock carts have been the pride of several rural households and bullock cart races have been organized in many villages. In times of climate change with growing need to reduce fossil fuels the importance of bullocks increases further. Organic and natural farming is becoming more important in times of climate change and cows and bullocks are now so important also for their urine and dung. Methods exist in cattle sheds and go-shalas for obtaining these in clean  ways. So science should contribute to better protection for both cows and bullocks instead of upsetting the entire balance.

Questions need to be asked about so human-centric a view of world that a few powerful humans with a tunnel vision become the arbiters of which animal will survive and which will not. It is  nightmarish and dystopian to realize that a few reductionist and short-vision men have been given the power to almost eliminate a species—bullocks—which, apart from being a very noble animal in its own right and having every right to life, has  served humanity so well. It is  equally alarming to know that the union government and a political party which announce their commitment  to cow-protection from the housetop actually have such a narrow and distorted view of this issue that they vigorously promote a technology which seeks to almost eliminate the male species.

Surely the sexed semen technology should be opposed widely before it can cause further harm.

Bharat Dogra is a veteran journalist and author. He has received several prestigious journalism awards for his public interest writings. His recent books include Protecting Earth for Children, Planet in Peril and Man over Machine.