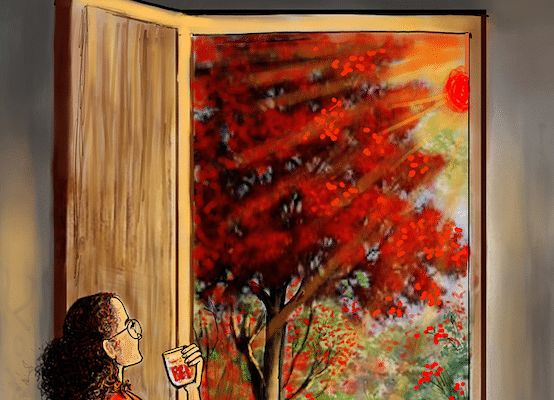 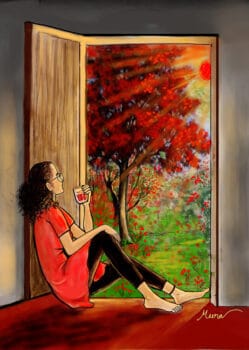 Kerala, a state in the Indian union with a population of 35 million, has re-elected the Left Democratic Front (LDF) to lead the government for another five years. Since 1980, the people of Kerala have voted out the incumbent, seeking to alternate between the Left and the Right. This year, the people decided to stay with the Left and give the Communist Party of India (Marxist) leader, Pinarayi Vijayan, a second term in office as the Chief Minister. Health Minister K. K. Shailaja, popularly known as Shailaja Teacher, won her re-election with a record-breaking tally of over 60,000 votes, far exceeding her closest contender.

It is clear that the people voted the Left government back in for three reasons: 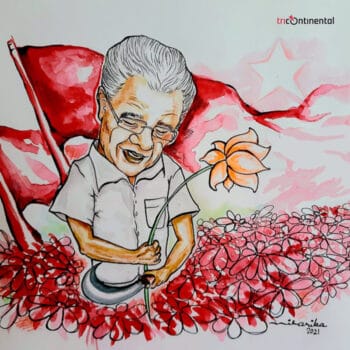 On Sunday, Chief Minister Vijayan opened his press conference not with the election results, but with a COVID-19 update. It is only after he told the people of Kerala about the current status of the pandemic in the state that he greeted the ‘people’s victory’. This victory, he said, ‘makes us humbler. It demands that we should be more committed’. From the cyclone of 2017 to the coronavirus pandemic, the Chief Minister met the public through calm and rational press conferences during each of the crises, offering science-based assessments of the problems and hope for people who felt despair at the circumstances imposed upon them.

Jeo Baby–the Malayalam film director who made the smash hit The Great Indian Kitchen (2021)–made a humorous and loving parody of the press conference; last year he overdubbed his voice in a Facebook video, telling his four-year-old-son to brush his teeth before he drinks his morning tea! The press conference on 2 May–after the election results emerged–continued that tradition of rational calm.

In comparison, the approach taken by India’s Prime Minister Narendra Modi has been stark, obvious to the population of Kerala. On 28 January, Modi addressed the World Economic Forum in Davos, Switzerland, where he announced that India had prevailed over COVID-19. Braggadocio was the mood. ‘It would not be advisable to judge India’s success with that of another country,’ Modi said. ‘In a country which is home to 18 percent of the world population, that country has saved humanity from a big disaster by containing corona effectively’. That same day, Modi’s Health Minister Dr Harsh Vardhan said, ‘India has flattened its COVID-19 graph’. Certainly, that day, the newly confirmed cases numbered 18,855. Careful observers warned that these numbers seemed deflated, and that the virus–as well as new variants of it–could very quickly reassert itself given the lack of precautions taken in society. 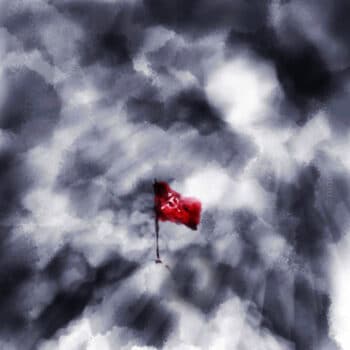 A few days before Modi and Vardhan made these comments, Modi’s party member and Chief Minister of Uttarakhand Trivendra Singh Rawat allowed 7 million people to conduct the Kumbh Mela in April. The Kumbh Mela is a gathering of pious people to celebrate the rotation of Jupitar (Brihaspati), which is supposed to take place every twelve years. In the midst of a pandemic, this year’s gatherings were allowed a year in advance. Government officials warned in early April that the Kumbh and other such gatherings could inflame the transmission of the virus. The Ministry of Health said this was ‘incorrect and fake’. The Mela proceeded and so did Modi’s mass campaign rallies for the Assembly elections.

Modi’s comment at the World Economic Forum was both callous and ridiculous. On the last day of April, over 400,000 daily cases of COVID-19 were confirmed in India. The entire health system has been overwhelmed. India’ governmental spending on health is extraordinarily low, about 1.3% of GDP in 2018. In late 2020, the Indian government admitted that it has 0.8 medical doctors for every 1,000 Indians, and it has 1.7 nurses for every 1,000 Indians. No country of India’s size and wealth has such a low medical staff. 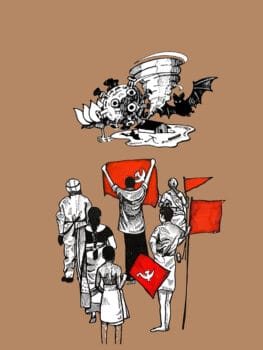 The weakness of medical infrastructure is wholly due to privatisation, where private sector hospitals run their system on the principle of maximum capacity and have no ability to handle peak loads. The theory of optimisation does not permit the system to tackle surges, since in normal times it would mean that the hospitals would have surplus capacity. No private sector is going to voluntarily develop any surplus beds or surplus ventilators. This is what inevitably causes the crisis in a pandemic. Low government spending on healthcare means low expenditure on medical infrastructure and low wages for medical workers. This is a poor way to run a modern society, both in ordinary times and in extraordinary times.

Modi’s party–the BJP–lost decisively in this Assembly election in Kerala (not winning a single seat), its alliance lost in Tamil Nadu (population 68 million), and it lost in West Bengal (population 91 million). The mandate in these states is one against the catastrophe created by market-driven medical systems and by a callous, incompetent government. It should be said, however, that these are not the core areas of Modi’s support base. Those are mainly in northern and eastern India and will not be tested in the polls for at least a year. However, the continuation of the farmers’ revolt, which began in November 2020, will likely shift the balance of forces in many of these northern and eastern Indian states, from Haryana to Gujarat.

Nothing better reflects the cruel incompetence of the government than the situation of the vaccines. India produces 60% of the world’s vaccines. Yet–as pointed out by Tejal Kanitkar, professor of the National Institute of Advanced Studies–at the current rate, India will not complete its vaccination drive before November 2022. This is a confounding situation. Kanitkar makes three policy suggestions that are sensible and should be endorsed immediately: 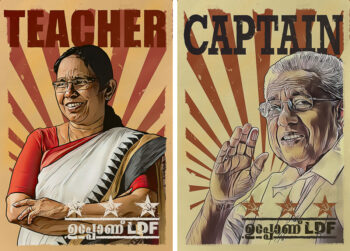 This is a programme that makes sense not only for India, but for most of the world.

The mood in Kerala is jubilant, with sensitive people across India looking towards the way the Left government is handling the pandemic and is advancing the agenda of the people. A young poet, Jeevesh M., captured the spirit of the victory:

Hey flower,
Why are you so red?

The roots have gone deep,
Touching the base.
That’s all.

A few days before the election, Kerala’s Health Minister K. K. Shailaja was asked about the state of the pandemic. Her words close out this newsletter:

I think there are two major lessons from this pandemic. One, that the country needs proper planning and decentralised implementation mechanisms to improve our health system. And two, there can be no delay in enhancing public investment in healthcare. We spend just one percent of our GDP on the health sector; it should be increased to at least ten per cent. Countries like Cuba invest much more in healthcare. Cuba’s family doctors system influenced me when we started the Family Health Centres here in Kerala. Healthcare should be universal, with some regulations at the tertiary health care facilities. There should be more investment in health at the primary, secondary, and tertiary levels. There should be decentralised planning with regulations. Cuba has achieved a lot because of their centralised planning and decentralised implementation. Their system of healthcare is people-centric and patient-centric. Their egalitarian concept and decentralisation can be emulated here.

I am a Leftist. I have no say over the health policy of this country at present. But had the Left been in power at the Centre now, we would have nationalised healthcare and education. The government should have control over healthcare so that everyone–poor or rich–gets equitable treatment.