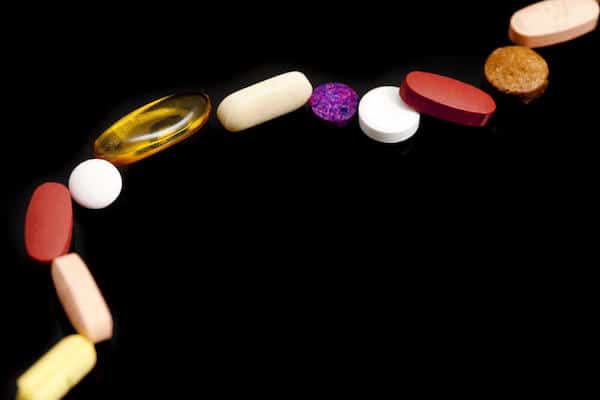 a black background with a trail of drugs (Photo by stockmedia.cc.)

It is well known that, during the 20th century, the pharmaceutical industry became extremely powerful at the international level, alongside financial, energy, technology, and manufacturing companies (Wells, 1984). The internationalization of the pharmaceutical industry only rose after the internationalization of patent protection in the Agreement on Trade Related Aspects of Intellectual Property Rights (TRIPs Agreement) (Haakonsson, 2009). This industry is highly concentrated around a small number of very large transnational groups (65% of global sales are made by the 20 largest players–the ‘big pharma’) that operate worldwide through subsidiaries in 150 countries, on average. Revenue in the worldwide pharmaceutical market increased at a considerable rate, even during the global slump of 2008, and was estimated at an astounding USD1.143 trillion in 2017 (Statista, 2019). Recently, we published an article on pharmaceutical value chains, which investigates how they are embedded in an international division of labor, from a new-structuralist theoretical perspective. We ask: how global are the pharmaceuticals value chains? Are there centers and peripheries in pharmaceuticals value chains, and if so, which countries are in each pole?

The international division of labor: a new structuralist account

Under the hypothesis that this sector is symbolic in terms of global and regional center-periphery international division of labor (IDL), we addressed the questions empirically by examining indicators like the pharmaceuticals world trade in gross terms, its production and employment structure, its trade in value-added, price per kilo of pharmaceuticals imported and exported, pharmaceutical industry wage shares, and intellectual property rights’ flows.

For the new structuralists, the dividing line between the center and the periphery is basically the ownership of technology and capital (protected by property rights) in the former, which leads to more sophisticated patterns of productive and trade specialization there and, consequently, to uneven income dynamics between the countries from center and periphery (ECLAC, 2015; Reis and Cardoso, 2021).

Arguably, transnational corporations (TNCs) have developed international value chains, led by financial decisions, with high-value activities (generally intangible and intensive in knowledge and technology, such as research and development (R&D)) located mainly in the countries from the center, while low value-added ones (related to tangible manufacturing and productive tasks, such as assembly) are performed in the Global South (Globerman, 2011; Reis and Cardoso, 2021).

The productive and trade relationship between the U.S. (center) and Mexico (periphery) serve as an illustration of this IDL. Thanks to U.S. TNC using Mexico to assemble export products, U.S. direct investments in Mexico created a manufacturing export sector set apart from the country’s other tradable and non-tradable sectors (maquiladora industry), generating poor dynamic effects in income and employment circuits of the Mexican economy (Gallagher and Zarsky, 2007; Bergin et al, 2008). In the empirical assessment, we attempted to show that the maquiladora phenomenon is not restricted to Mexico but happens to other peripheral countries in the world system, which are also regional peripheries (Castillo and Szirmai, 2015).

In the last decades, pharmaceutical GVCs were reorganized by massively outsourcing certain activities, by developing partnerships, and by favouring external growth and open innovation (Geymond, 2020). Pharmaceutical value chains’ governance is high, presenting global hubs and spokes, which are widely geographically disperse in regions (RVC-regional value chains). For branded products–which are still the main source of revenues (Guedes Pinto and Shadlen, 2018) -, top pharmaceutical TNCs are engaged in global and vertically-integrated producer-driven chains concentrated in their homelands; for quality generics, they are engaged in buyer-driven chains with increased outsourcing activities in countries such as India and China; for low-value generics the chains are market-driven, with increasing participation of developing countries (Haakonsson, 2009).

Our analysis shows that specializing in a high-technology sector does not necessarily mean upgrading to higher value-added products and activities in the chain. Data for value-added trade and for pharmaceuticals’ prices support this argument by showing that, although the entire sector is considered highly technology-intensive, some countries specialize in low-prices items or in low-value-added activities of the chain whose imported contents in their exports are high. Moreover, looking to wage levels, productivity, and wages as a share of value added provide evidence that, in the new IDL, some countries and income groups benefit more from value chains than the ones on the periphery, especially low-skilled workers.

Peripheral countries, even the ones located in developed and high-income geographical regions, are in general responsible for assembly and for other simple productive tasks, generating low-quality employment and investments, which are unable to trigger a virtuous dynamic of sustainable socio-economic development. Center countries are, in general, the hub of the most powerful TNCs (‘big pharma’), which invest heavily in R&D, performing most of the chains’ intangible high value-added activities. They invest in their periphery not only to succeed in domestic markets but also to extract trade gains from value chains.

The concentrated IDL in pharmaceuticals

The IDL in pharmaceuticals is even more concentrated than that in manufacturing chains on average: its center is composed basically of three countries: the U.S. in the regional North America factory, and Switzerland and Germany in the Europe factory. They are rich and powerful States that benefit from intellectual property rights surpluses, they have high prices per exported kg and pay high wages to employees, but their wages shares are lower than profit shares in value added.

Furthermore, on the one hand there are a couple of rich States that are also in the center of RVCs–such as Belgium, Denmark, France, Japan, Sweden, and the United Kingdom–which in general are major exporters and importers in terms of gross values and price/kg, have average levels of imported content in their value-added exports, are huge producers, pay high salaries, and present surpluses in intellectual property rights. On the other hand, there are mid-sized countries on the global/ regional periphery (and also small countries that were not included in our analysis) that are weakly integrated–such as Brazil, Russia, Saudi Arabia–or strongly (but problematically) integrated into value chains–such as Mexico, India, Hungary, and Poland. The latter group, though composed of large producers and exporters, receives a low price/kg for exports, pays low salaries, presents deficits in charges for the use of intellectual property rights, and has a high content of imported added value in their exports.

They are precisely the ones undergoing specialization on low value-added activities of the chains–becoming maquiladora firms in the IDL, due to the associated dependency prevailing in the periphery of the system. From the structuralist perspective, periphery countries could upgrade in value chains and reduce inequalities through structural and institutional changes, relying on the State to shape the productive structure and class relationships in the direction of more even wealth and power distribution. In this sense, even being among the world’s largest producers and exporters, China can still be considered a part of the periphery in terms of where they are in the pharmaceutical GVCs. But its position is rapidly changing, with the State’s power leveraging innovation in health value chains, for example, by developing vaccines and drugs to combat the COVID-19 pandemic before some pharmaceutical TNC.

The COVID-19 pandemic revealed the dramatic effects of the concentration of pharmaceutical value chains led by powerful TNCs. Disruptions in flows of goods and services from chains associated with prevention, containment, care, and treatment against the virus on a global scale have delayed the end of the suffering and deaths of millions of people, which could have been partially avoided if the power and wealth distribution were more equitable. Moreover, the pandemic revealed that the division of center and periphery posed by the technological and knowledge property rights are closely related not only to corporate governance decisions but heavily influenced by state policies.

Reis, C. F. B., and F. G. Cardoso. 2021. Center and Periphery in Global Value Chains: an Interpretation based on the Pioneers of Development. In Contemporary Issues in Heterodox Economics, edited by A. Hermann and S. Mouatt, 171-190. London: Routledge.