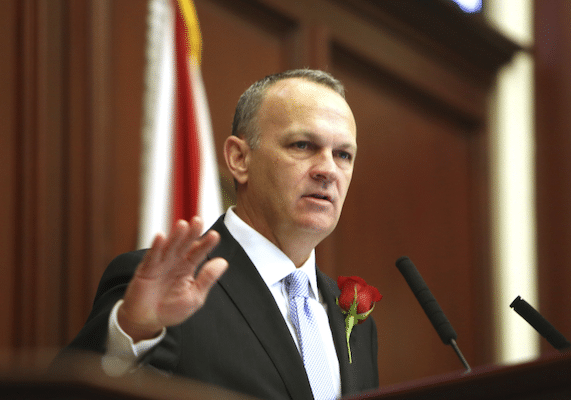 Richard Corcoran, state commissioner of education in Florida, announced that he fired Amy Donofrio, a teacher in Duval County, because she supported #BlackLivesMatter.

Corcoran made his decision known during a lecture at conservative Hillsdale College in Michigan. He was speaking about “critical race theory” and curriculum oversight and used her as an example of his cleansing of the ranks. Donofrio learned of her termination on a YouTube video. If you look at the photograph accompanying the story, you will see that she teaches at Robert E. Lee Hgh School. (Irony alert.)

Richard Corcoran is not an educator. He was the Speaker of Florida’s House when he was appointed to run the state system. His wife is or was a board member of a charter school associated with Hillsdale College. The Corcorans’ six children were home-schooled.

Corcoran has made clear his hostility to public schools and his desire to voucherize all the state’s schools. You may get the sense that he is totally unqualified to be state commissioner of education, and you would be right.