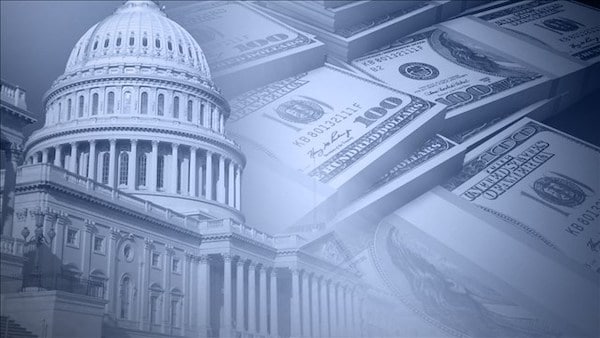 After over a year, “Poor countries are facing severe setbacks on their development paths, encumbered by ballooning debts, high risks of default and limited ability to inject desperately needed liquidity”, observed participants at a recent UN Forum.

Overall global projections obscure disparities among and within countries. With vaccine apartheid and developing countries’ constraints, uneven pandemic containment and recovery have been worsening prior inequalities, further setting back poor countries and people.

Thus, high-income countries (HICs) have borrowed and spent much more on relief and recovery. While rich countries have been able to borrow and spend massively, developing countries have very limited fiscal space due to diminished borrowing capacity.

Often with poorer credit histories and ratings, developing countries generally face much higher interest rates on foreign borrowing. Their foreign debt burdens as shares of national income were already relatively higher before the pandemic. All these have constrained them from adopting bolder expansionary efforts.

Total resource flows to developing countries have fallen as official development assistance (ODA) and foreign direct investment (FDI) have declined. FDI in developing economies fell by 12% in 2020: by 37% in Latin America and the Caribbean, 18% in Africa and 4% in Asia.

While donors cut bilateral aid commitments by 36% in 2020, net ODA from 13 OECD Development Assistance Committee (DAC) rich member countries declined by US$4.7bn–led by a 10% UK cut–as “DAC donors prioritized their national responses towards COVID at the expense of international aid”.

International support for developing countries at this time of great need has been woefully inadequate. Despite acknowledging that “Debt service suspension is a powerful, fast acting measure that can bring real benefits to people in poor countries”, the World Bank has refused debt service cancellations.

The Bank claims these would adversely impact its credit rating, reducing its ability to borrow at low preferential rates for lending to middle-income countries (MICs) and to LICs on concessional terms. Unsurprisingly, debt cancellation has not been envisaged by the Bank.

From April 2020, the IMF’s Catastrophe Containment and Relief Trust has provided debt service relief of about US$500m, or 0.2% of GDP for 28 highly indebted LICs, its poorest and most vulnerable members. This relief has been extended twice–for half a year each time–to cover all eligible debt service payments due to the Fund estimated at US$238 million in the latest round.

The G20’s Debt Service Suspension Initiative (DSSI) is even worse, merely delaying repayments. Interest continues to accumulate to be repaid later. Despite two extensions, borrowing countries’ lack of enthusiasm for DSSI is hardly surprising. As private creditors have not joined, DSSI only covered 2% of total debt service payments due in 2020.

With Biden administration support, US$650bn in new IMF special drawing rights (SDRs) should be approved by August. But this is barely half of the trillion in SDRs (worth US$1.37tn) that The Financial Times deemed necessary.

SDR allocations are proportionate to countries’ shareholdings and voting rights, mainly benefiting developed, especially European countries. Allocations for the Group of Seven (G7) largest developed economies amount to US$272bn, with Africa getting only US$33.6bn! Nonetheless, the new SDRs should provide some welcome relief for many countries.

Developed countries which do not need to use their new SDRs should transfer their new allocations to the 15 ‘eligible’ multilateral financial institutions, including the IMF, World Bank and regional development banks. These should be used to expand their lending to developing countries on preferential terms.

Calling for massive multilateral development bank recapitalization for a ten-fold increase in official funding for poor countries, Jeffrey Sachs has called for much more official financing, by ‘recycling’ at least US$100bn of HIC SDRs.

Most developing country governments were already heavily indebted to varying degrees before the pandemic. Much greater debt forbearance is urgently needed as well as longer-term development financing are also needed.

While MICs may have more borrowing options, enabling them to minimise the burden of past government debt, domestic or foreign, is urgent. Already, the financial community and media frequently warn that their credit ratings will be adversely affected if they borrow more.

World Bank chief economist Carmen Reinhart–once reputed for her aversion to high indebtedness–now urges countries to borrow to fight the economic impact of the pandemic. She has rightly opposed putting “resources into zombie loans”.

Increasing non-performing loans and financial fragility to enable unviable firms to survive would slow recovery efforts. Instead, Reinhart has stressed the need to “expediently restructure and write down bad debts”.

However, there is no ‘one size fits all’ approach to financing needed measures to contain the pandemic and for macroeconomic expansion. Meanwhile, poor countries’ financing conditions are worsening as the pandemic drags on much longer than expected.

Facing economic slowdown, most governments need to spend much more domestically to prevent temporary recessions becoming depressions. Developing countries should not incur foreign debt except on preferential terms as necessary to import essentials such as medicines and food.