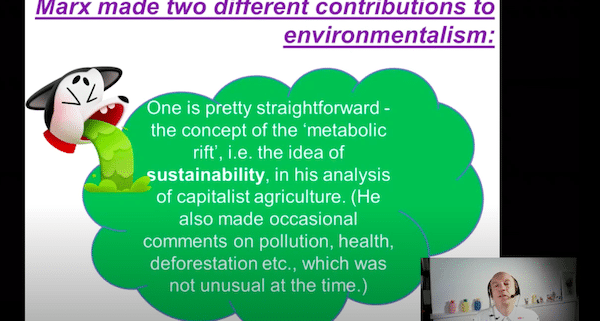 This is a talk given online at the ESRC Festival of Social Science on November 11, 2020: ‘Was Marx a climate warrior?’ for a panel organized by Bangor University. (It is in fact a pre-recorded version of the talk, while the actual talk on the day was given live but apparently not recorded. Same slides, slightly different improvised talk.) I try (in ridiculously compressed form) to explain Marx’s concept of the ‘metabolic rift’ as well as the general Marxian explanation of what makes capitalism so uniquely dynamic and ever expanding, which is what underlies the current climate/general environmental crisis (and of course implies also that capitalism can only ‘solve’ the climate issue by abolishing itself, or let’s say, by being abolished by its constituent subjects, ‘us’…).

‘Respect Money’: How a Chinese talent show put its fans up for sale
Destitution, hunger and the lockdown