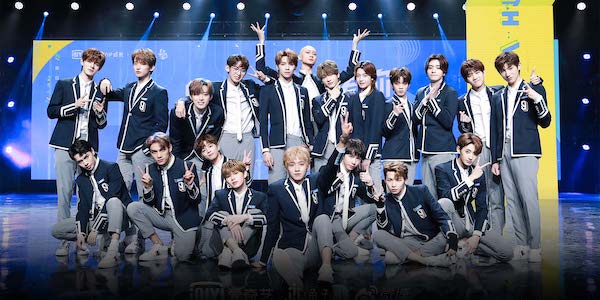 A group photo of “Youth With You 3” contestants, 2021. From @爱奇艺青春有你 on Weibo

At first glance, “Youth With You 3” didn’t seem that different from the reality shows I used to watch a decade ago. Sure, the cast of 119 was bigger than I was used to, but the rules were instantly familiar: Four musical mentors guide aspiring male idols through a series of challenges and performances; after each round, some are eliminated until there are just nine contestants left. The winners are then grouped into China’s newest boy band.

Only, what if the rules and games and mentors didn’t matter? “Youth with You 3” was the first talent show I had watched in eight years, and it was a shocking lesson in just how much China’s entertainment culture has changed in that time. When I complimented some of the performers in a chat group, saying they seemed like good bets to make the final roster, my friends were quick to disabuse me: The performances don’t matter, they informed me: only the fans do.

At first, I didn’t understand what they meant, but as the show progressed, I grew genuinely disturbed at what I was watching. “Youth With You 3” represents the cutting edge of China’s hyper-commercialized, hyper-populist fan culture, where corporations and brands exploit and manipulate viewers in the guise of empowering them. The more I saw, the more upset I became; then, in early May, it all came crashing down.

Since their emergence in the early 2000s, the most fascinating element of reality talent shows has always been the power they give fans to decide who wins and who loses. There are mentors and experts on screen, but the ordinary viewers voting at home choose their idols—and the ever-present potential for them to revolt against elite tastes or mainstream culture is part of what makes the format so exciting.

The first locally produced fan-centered talent show on the Chinese mainland was Hunan Satellite Television’s “Super Girl.” Premiering in 2004, it followed the “American Idol” model, allowing fans to pick their favorite contestant to become China’s next superstar songstress. In the 17 years since, Chinese scholars have hailed the format as an example of “democratic entertainment” and a means of encouraging “entertainment-based civic engagement.”

But if talent shows were once applauded for their supposedly liberating potential, they have since followed the global trend toward anti-elitism and gone full populist: The fans now wield absolute power over the contest’s outcome, and the coaches and experts on stage are mainly just for show.

That’s the core conceit of the “Youth With You” series, which explicitly refers to its audience as the show’s real “producers.” Audience votes seem to have little to do with contestants’ actual skill or talent. Some of the most evidently talented contestants are doomed by low vote totals, while others who can barely sing or dance breeze through round after round. The mentors, powerless to overrule the viewers’ whims, can only watch as some of their best team members are kicked off the show.

Audience votes seem to have little to do with contestants’ actual skill or talent.

This is markedly different from the “Super Girl” era, in which mentors and fans shared decision-making power. This ensured that the most talented contestants could be retained, regardless of the outcome of a given vote. In “Youth With You,” however, it doesn’t matter if the contestants are lazy or wholly lacking in skill; as long as the audience is willing to vote for them, they win. Arguably the most famous instance of this occurred on another idol show, “Produce Camp 2021,” in which an unwilling Russian contestant was voted all the way through to the final round despite his best attempts at self-sabotage.

Lest this be mistaken as a victory for democracy over out-of-touch elites, fan voices may be the deciding factor, but not all fans are created equal. Despite ostensibly empowering viewers to control the outcome of their shows, networks and streaming services are opening up new channels for monetizing fan culture and engagement. The result is less a contest between idol trainees and more a battle between deep-pocketed fan groups.

“Youth With You” offers two channels for voting. The first is mostly free: Viewers on iQiyi’s streaming platform each receive one vote a day. (The channel’s paying customers receive two votes per day.) The other way is to pay: Viewers who buy a dairy product from show sponsor Mengniu can scan the attached QR code to cast another vote for their preferred contestant, known among fans as a “milk ticket.”

Sponsorship deals are nothing new in the world of reality TV and talent shows. “Super Girl” was also sponsored by Mengniu, and to great effect: One study found that Mengniu’s 40 million yuan (roughly $4.9 million in 2004) sponsorship deal with the show resulted in a huge brand awareness and sales boost, with revenue for Mengniu’s yogurt drink climbing from 800 million yuan to 2.7 billion yuan in 2005.

Unlike when Mengniu had to be content with simply promoting their products 17 years ago, however, the company’s deal with “Youth With You 3” allows it to sell milk by selling votes.

This new paradigm lures fans into a kind of “self-exploitation”: In order to accumulate money and buy votes for their preferred idol, fan groups adopt all kinds of fundraising tactics. One popular method is the fan group “battle,” in which multiple fan groups compete to see which can raise the most money in a given time period. According to media reports, these battles can raise more than 1 million yuan in a single night. As of early May, the fan group of top-ranked “Youth With You 3” contestant Luo Yizhou had raised more than 18 million yuan to buy milk tickets for him. 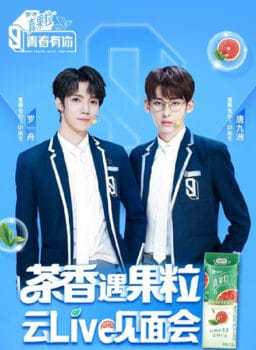 An ad for a livestream sponsored by Mengniu and featuring popular “Youth With You 3” contestants Luo Yizhou (left) and Tang Jiuzhou. From @爱奇艺青春有你 on Weibo

I’m not the first person to find fault with this model. Critics see it as unreasonable and possibly unfair to more qualified contestants, while the mountains of food waste produced when fans buy unwanted milk or yogurt simply for a QR code have aroused the ire of social media users and the government.

But fans themselves have largely internalized this money-first rule, and they’re more than willing to justify it when pressed. One of the most popular slogans associated with “Youth With You 3” was “Respect money,” meaning no matter how poor an idol’s performance was, as long as the money was there, he deserved to make the final group. Those with talent but no monetary support were dismissed as “unworthy.”

One of the most popular slogans associated with ‘Youth With You 3’ was ‘Respect money.’

Again, this isn’t technically new. In the “Super Girl” era, some fans bought multiple SIM cards or hired companies to vote for their idol. But at least back then, fans seemed aware that what they were doing was shady or against the rules. Now, everything is out in the open, and the idea of paying for votes is embraced. There are some who chafe at the exploitative voting models, calling themselves “youth victims” rather than the show’s preferred term of “youth producers,” but there’s little sign of a real backlash.

At least, not until earlier this month, when a video of people opening dairy bottles, scanning the QR code on the caps, and dumping their contents into a ditch went viral on social media. On May 4, just days before the series finale was set to premiere, Beijing’s radio and television bureau ordered iQiyi to suspend the broadcast.

I had mixed feelings about the whole affair. On the one hand, I felt a sense of relief that it was all over. Yet I couldn’t shake my disappointment that the fatal blow had been struck not by fed-up young fans, but social media users and regulators appalled at the waste of food. I don’t know what the fans made of all this, but until they stop buying what shows are selling, the money games aren’t likely to stop any time soon.