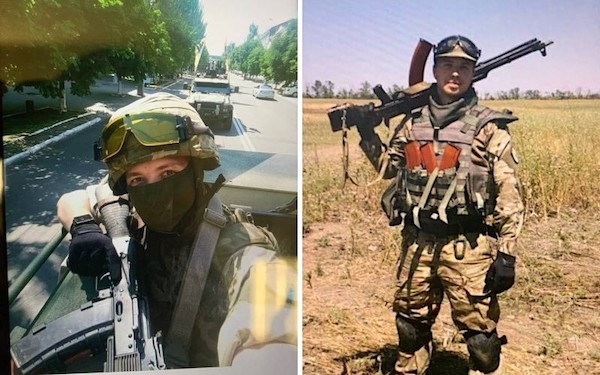 WESTERN MEDIA, EVEN BELLINGCAT, FAILED TO SAVE THE REPUTATION OF NEO-NAZI SOLDIER PROTASEVICH 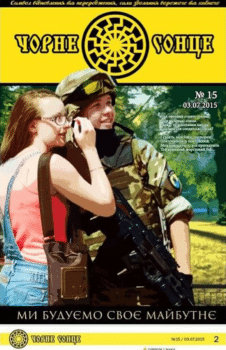 Since the arrest of Roman Protasevich in Minsk after the emergency landing of the Ryanair flight he was on, a real battle for his reputation has been launched between Belarus and the West, among other things to know whether or not he fought for the neo-Nazi battalion “Azov” in the Donbass.

On the Russian and Belarusian side, some people quickly pointed out that Roman Protasevich had fought in the neo-Nazi Azov battalion at the beginning of the conflict in Donbass. This was denied by the Western media and even by some Ukrainians, such as Andrey Biletsky, the former commander of the Azov battalion.

On his blog hosted on the Ukraïnskaya Pravda website, Biletsky explains that Protasevich was indeed with the Azov battalion in the Donbass, but allegedly as a “journalist”.

“I will immediately dot all the ‘i’s’. Yes, Roman really fought with Azov and other military units against the occupation of Ukraine. He was with us near Shirokino, where he was wounded. But his weapon as a journalist was not a machine gun, but words,” wrote Biletski. 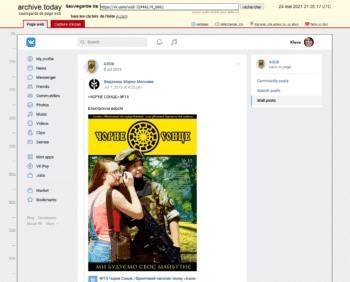 The problem is that no matter how hard you look on the Internet, you can’t find an article from him about the Donbass war. Rather strange.

Then the cover of the 15th issue of the magazine of the neo-Nazi battalion Azov appeared, on which Protasevich is clearly seen posing in uniform, weapon in hand!

There was general panic on the Western side, it was absolutely necessary to save the soldier Protasevich by proving that he was not a neo-Nazi mercenary, and to avoid him ending up like Navalny, whose extreme right-wing political positions had caused him to lose his status of political prisoner with Amnesty International (before regaining it after an appropriate change of direction), and his reputation.

For such a difficult assignment, it was Bellingcat and its affiliates such as The Insider (based in Russia) that were put on the case.

It was first Michael Colborne, a Bellingcat ‘journalist’, who launched the ‘save soldier Protasevich’ operation by trying to prove that if he was indeed a member of the neo-Nazi battalion “Azov”, he was only a journalist.

1/3 I wrote yesterday (or earlier today, for those in US/CA) that "there's no firm evidence [Roman] Protasevich had any Azov ties"

But thanks to @kooleksiy's sleuthing, some of that "firm evidence" I was seeking has arrived; he spent time with them as a journalist in 2014/15 https://t.co/4K6tPRr4nQ 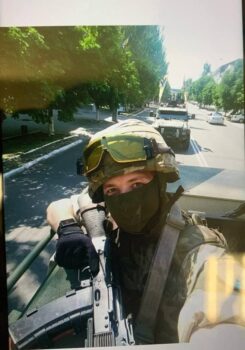 Some speculated that the cover photo was doctored to add Protasevich’s face. But very quickly someone found an archive of the PDF file published on 8 July 2015 on a page of Azov hosted on the social network VK! There is no doubt that the cover is genuine!

The next day, The Insider tried another approach and published an article claiming that the man in the cover photo was not Protasevich but another soldier, Andrey Snitko, who has since died.

But in the meantime a lot of other photos and videos have come out of the bag, including from Protasevich’s own phone, which prove undeniably that he fought in the neo-Nazi battalion “Azov”.

We see Protasevich in uniform with the battalion’s chevron, the weapon in his hand and a bunch of magazines for his machine gun in the bullet-proof vest! What a strange outfit for a “journalist”! He can also be seen in a video and photos taken during a parade of the Azov battalion in Mariupol! Since when do journalists march in a military parade ??? 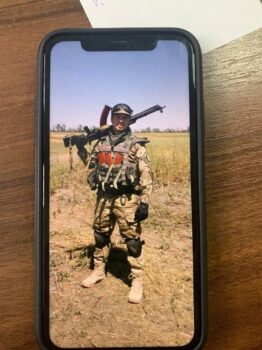 At a pro-Belarus event, Protasevich’s own father admitted that his son had fought in the Donbass.

“Cases were filed against my son as early as 2014, when he was on the Donbass territory, fighting alongside the Ukrainian army,” said his father at the time, who of course retracted his statement once his son was arrested in Minsk.

Faced with the rapidly accumulating evidence, The Insider simply deleted the article, but too late. An archive was kept, showing the efforts of this Bellingcat-affiliated ‘media’ to try to whitewash Protasevich.

The final blow came from Protasevich himself. Indeed, in September 2015, he had given an interview to the media outlet Nasha Niva. His head is hidden in the photo illustrating the article but it is not difficult to recognise the photo of Protasevich found in his phone!

In the interview, Protassevitch is referred to as ‘Kim’. He says that he was wounded near Shirokino, which is consistent with other elements of Protasevich’s biography. He also says that he fights in Ukraine because he has Ukrainian ancestors, that he hates communists and Russia as the successor of the USSR, and to “stop Putin’s Russian horde” before they attack Belarus. He even recounts his first fight and his first shot! What a strange journalist he is. 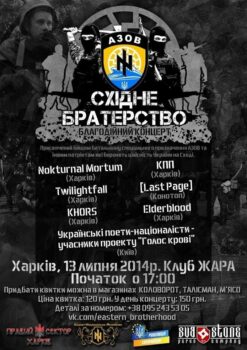 Then comes the classic argument “yes, but they are not all neo-Nazis at Azov”.

Problem: another photo of Protasevich proves that he is indeed a neo-Nazi. In this photo he is clearly seen (on the left) wearing a Sva Stone t-shirt with four swastikas!

This brand is an active supporter of the neo-Nazi battalions Azov and Right Sector, as can be seen in this poster.

The brand sells T-shirts with explicit names like “pure blood” or ” perun sekira” (the name of a neo-Nazi music group), as well as “blitzkrieg” waistcoats, or “Romper Stomper” (the name of a film about a neo-Nazi skinhead gang in Melbourne), etc.

Clearly, Roman Protasevich is neither a nice guy who came to bring democracy to Belarus, nor a journalist, but a former fighter of the neo-Nazi battalion ‘Azov”, who adheres to the ideology of this battalion, and wanted to organise a violent Maidan-style coup in his home country. It seems that the West can only recruit neo-Nazis and Islamist terrorists to lead its colour revolutions.