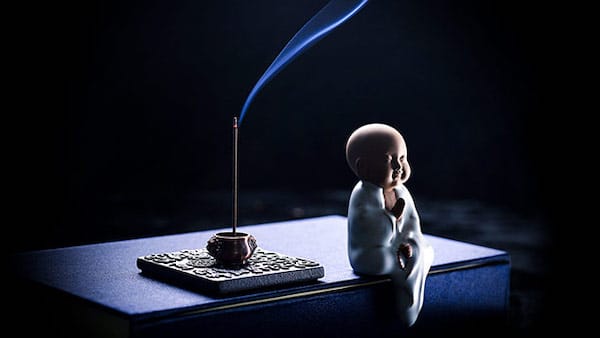 Near the end of May, a first-person essay about ditching the urban rat race and relocating to a mountain village went viral on the Chinese internet. Titled “Why I Chose to Live a Low-Desire Life in a Mountain Village: My Silent Struggle Against Modern Slavery,” the piece described the author’s experiences since relocating to a remote rural corner of the eastern Zhejiang province. Revolting against the norms of modern urban life, she disclaims all interest in buying a house, going out with friends, working overtime, eating junk food, or buying nice things.

She’s far from alone. China has been swept up in recent years by a longing for a low-desire life, as evidenced by popular buzzwords like the sang subculture of dejection, an embrace of giving up and “lying down,” and claims of being “spiritually Finnish.” Young Chinese see the country as undergoing a process of “involution,” in which ostensibly better material conditions and social mobility require evermore work to realize. Their sense of discontent is not the product of material impoverishment, but rather a lack of agency, the feeling that life has spiraled out of their control amid rising housing prices, rampant credentialism, and workplace exploitation–all of which they see being repeated in the next generation.

In the 1980s, anthropologist James Scott’s “Weapons of the Weak” described the tactics of everyday resistance deployed by exploited Malaysian farmers. Their discontent manifested not as revolution, but rather more banal acts such as slacking on the job, feigning confusion, and pretending to obey. Today, Asia’s young white-collar workers are adapting these tactics in their own lives. The choice to flee the city and return to the countryside–long a symbol of backwardness–is their way of coping with their broken dreams: Rather than taking part in this cruel game of involution, it’s better to drop out completely, or at least not become an obedient “screw” in the machine.

But can low-desire lifestyles founded on idealistic portrayals of the countryside really be called resistance? Or even low-desire?

Carefully curated pastoral fantasies have become a cottage industry of sorts in China over the past half-decade. Motivated by the idyllic rural landscapes shared by influencers like Li Ziqi and Tenzing Tsondu–known by his Mandarin name Ding Zhen–as well as government campaigns to “revitalize” the countryside, disillusioned urbanites have flocked to the semi-rural outskirts of major cities and even farther afield, to rapidly gentrifying tourist playgrounds like Dali and Lhasa–ironically sparking the exact sort of real estate boom they’re ostensibly fleeing.

That’s not to say some advocates of urban flight are not sincere in their motivations: There are indeed people who truly consider leaving the city a form of resistance against involution and the other ills of modern life. But there’s no denying their seemingly anti-capitalist fantasies have been successfully co-opted by capital, whether that of the big tech firms backing China’s biggest pastoral vloggers or the real estate developers driving up land prices in Dali.

If anything, pastoral fantasies betray a two-dimensional understanding of what urban life can be. In “The Right to the City,” French philosopher Henri Lefebvre emphasizes the importance of urban life, arguing that it demands more participation and fosters greater longing for democracy from residents, shaping their imaginations and spiritual pursuits. Although it’s true that China’s cities are increasingly homogenous collections of unaffordable skyrises built atop demolished urban villages, there are still spaces within them for change and resistance: mental health groups, art collectives, and more.

Urban-to-rural transplants tend to isolate themselves from these kinds of communities. Take “Why I Chose to Live a Low-Desire Life,” for example. While the author talks about moving to the countryside, she rarely makes any attempt to connect with her new neighbors: She doesn’t even seem to have any observations about their living conditions. Instead, she spends most if not all her time on the periphery of rural society.

Shortly after that article went viral, another piece–this one written about a rural woman’s struggle to find a place in the city–also sparked widespread discussion and debate. The woman’s story offered a very different perspective on life in the countryside, one defined by monotony and mediocrity. Yet, time and time again, she was forced to give up her urban dreams because of the cities’ lack of support and resources, as well as the burden of taking care of close relatives. Her inability to come to terms with rural life was ultimately viewed by others and herself as a kind of “sickness.” While the urban middle class was busy painting pictures of rural paradise and planning their “resistance” against the city, this rural woman longed to be in the very place they sought to escape.

Moving to the countryside is certainly an option, but we mustn’t be fooled by influencers into believing that it’s some otherworldly paradise, much less that bourgeois, touristy visions of rural life constitute true resistance to the indignities of modern life. The reason why the countryside seems quiet and peaceful is because the grievances and anger of villagers often fall on deaf ears. The myth of a beautiful and pure countryside is a commercial fabrication; elements that are deemed impure or simply unmarketable are disappeared in the campaign to transform rural areas into suitable places for urbanites to spend their time and money. What really matters isn’t a person’s location–rural or urban–but their willingness to confront and transform their ways of life and the ways of life of those around them.

Cai Zongcheng is a fiction writer and critic.