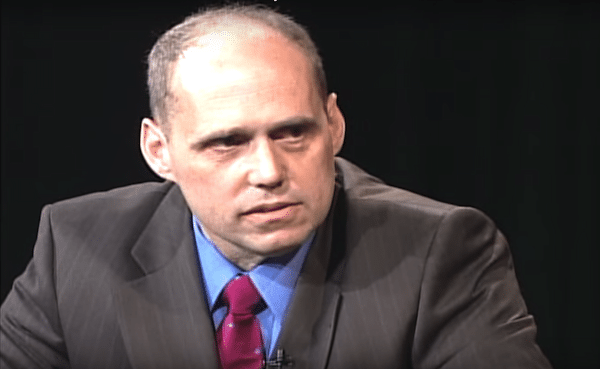 The following was published as part of The Dissenter Newsletter, which is a project of Shadowproof.

Pentagon whistleblower Franz Gayl has been part of the United States Marine Corps for over four decades. He spent the last months trying to warn U.S. government officials and the public of the threat of becoming entangled in a war with China over Taiwan.

Yet instead of seriously considering his perspective, Gayl faces a counterintelligence investigation into articles he wrote and early retirement.

He published an open letter to President Joe Biden on LinkedIn on June 22 in a last-ditch effort to reach the White House and communicate his concerns over the increased potential for an “ill-advised foreign war.”

Taiwan’s own watershed ‘Gulf of Tonkin’ event is only a matter of time, probably through an accident or miscalculation. Sensing the urgency, I submitted numerous op-eds to U.S. newspaper and electronic media outlets, but each was rejected.

As a last resort, I contacted the [People’s Republic of China’s] own Global Times, which published my op-eds in April and May.

The publications spurred an investigation by the Naval Criminal Investigative Service (NCIS). His security clearances were revoked on June 1, and the retaliation convinced Gayl to email the Global Times and inform the state-funded media outlet that he could no longer submit articles (though he might be able to contribute after his resignation or retirement).

Gayl described this response as “predictable” and noted it was “also no surprise that well-coordinated payrolled journalists and online commentators have suggested that I am a Beijing mouthpiece, a Communist, and a traitor.”

“Since 2005, I have researched, written, and on several occasions published [on] the dangers of America’s separate relationship with Taiwan,” Gayl continued.

As a Marine of over 40 years, I do not want to see fellow Marines and American patriots harmed for another cause that lacks both justification and a path to victory. I am also fulfilling a condition of my federal employment by reporting policy corruptions that threaten our nation with grievous harm.

‘U.S. Should Not Fall Into The Trap Of Paying For Their Hubris’

The two columns by Gayl were published under the headlines, “Why U.S. will lose a war with China over Taiwan island,” and “U.S. ‘othering’ of Chinese could be prelude to Taiwan conflict.”

One insisted the “prosperous Taiwan people will make every effort to wag the American dog. But Taiwan’s fate poses no existential threat to the U.S., and the U.S. should not fall into the trap of paying for their hubris with American blood.”

Gayl maintained that “an ill-advised foreign war” would “accelerate America’s decline.” He acknowledged the reality of the United States’ “smug sense of military invincibility.” Believing the country would not pay a price for “violating another nation’s sovereignty,” and with “Taiwan being a core Chinese priority,” it would be a “fatal miscalculation.”

The second article connected the present to U.S. history with Japan.

During WWII, U.S. othering of the Japanese involved weaponizing disinformation and propagating racist stereotypes. It was considered as effective at setting the necessary psychological conditions for the controversial internment of Japanese Americans, firebombing of Tokyo, and dropping of atomic bombs on Japanese cities merely to deter the Soviet Union.

“Conceivably, left unmodified, a soldier’s empathy for non-combatant human beings otherwise could have placed those ruthless American operations and their objectives at risk,” Gayl recognized.

Othering of the Chinese people is evident in recent U.S. news media in the form of a mix of unverified rumors, disinformation, and selective exclusion of contradictory facts. It has been reported that China-averse special interests have even paid U.S. journalists to publish stories biased against China’s policies, to include encouraging a U.S.-China confrontation.

Gayl boldly challenged the imperial ambitions of U.S. government officials, whether they are career bureaucrats or politically appointed.

The issue of the island province [of Taiwan] is not and never was about protecting its people. Instead, it is all about the U.S. striving to maintain its hegemonic reach during a period of decline in global influence.

In a war, the small island of Taiwan would erupt into a battleground with an intensity unknown since the world wars. All parties have known that the island’s citizenry would be devastated far beyond the value of attempting to secede from China. Since this is known by the U.S. Congress in advance, it illuminates the reality that the Chinese aboard the island of Taiwan are expendable.

The Kind Of Whistleblowing That Can Stop Wars

These are the type of warnings to be encouraged from government and military employees or contractors. Gayl’s alert is the kind of whistleblowing that has the potential to stop a war and save hundreds of thousands if not millions of lives.

Back in 2007, Gayl engaged in a similar act when he blew the whistle on the military industrial-complex and its delay of Mine-Resistant Ambush Protected (MRAP) vehicles that could protect soldiers deployed in Iraq from improvised explosive devices (IEDs).

Tom Mueller profiled Gayl for his book, Crisis of Conscience: Whistleblowing In An Age Of Fraud.

…Gayl discovered that in the spring of 2005, when top procurement officials from MCCDC [Marine Corps Combat Development Command] and other departments met to discuss the request [for MRAPs], their primary concern had not been how MRAPs would help frontline soldiers but how supplying large numbers of these expensive vehicles would divert funds from competing projects, including the up-armored Humvee, the Light Armored Vehicle, and the Expeditionary Fighting Vehicle (EFV), a costly prototype built by General Dynamics and championed by some top brass, including [Major General James] Mattis himself.

General James Conway, the commandant of the Marine Corps, told the Joint Chiefs of Staff field commanders that he had not asked for MRAPs until 2006, according to Mueller. This was a “serious lie” to Gayl, who was involved in lobbying for vehicles that could save soldiers’ lives, and he knew there was a request submitted in February 2005 when casualties from IEDs spiked.

Gayl disclosed a copy of the MRAP request to Wired.com’s Danger Room in 2007. His campaign garnered support from Senators Joe Biden and Kit Bond as they pressed for MRAPs to be sent to Iraq, and eventually Secretary of Defense Robert Gates prioritized the vehicles.

However, Gayl was retaliated against for speaking to the press and briefing members of Congress. His performance ratings suffered. He was reprimanded by superiors. He endured workplace harassment. The NCIS investigated him three times, including one time for “psychological instability.”

By October 2010, Gayl’s security clearances were suspended. He could no longer appropriately do his work for the Pentagon and was put on paid administrative leave.

The Government Accountability Project represented Gayl and fought to clear his name. It took “seven years in hell,” but in 2011, he got his security clearance back. In September 2014, the Marine Corps agreed to restore his job, pay him damages, and recognize his whistleblowing. They even tasked him with developing whistleblower guidelines for the Marines.

Gayl’s prior act of whistleblowing was an act that legislators like Biden could get behind. No lawmaker—unless they were paid by some rival military contractor that would not benefit—would object to U.S. soldiers receiving the best and most critical equipment in war zones.

On the other hand, to confront the imperial hubris among elites, who spend their days in the halls of power catering to the interests of foreign policy think tanks and the military industrial-complex, is unthinkable.

Doing so in a Chinese state-funded publication, even if it was an effective tactic to grab the attention of U.S. officials, must rise to the level of treason in the minds of bureaucrats beholden to the warfare state.

Finally, Gayl is not the only conscientious person sounding the alarm.

Pentagon Papers whistleblower Daniel Ellsberg leaked a 1966 study on U.S. military officials that pushed for a first-use nuclear strike on China over Taiwan, and in May, he convinced the New York Times to cover sections, which the government still refuses to declassify.

The pages that the government censored in the official release of the study describe the attitude of General Laurence S. Kuter, the top Air Force commander for the Pacific. He wanted authorization for a first-use nuclear attack on mainland China at the start of any armed conflict. To that end, he praised a plan that would start by dropping atomic bombs on Chinese airfields but not other targets, arguing that its relative restraint would make it harder for skeptics of nuclear warfare in the American government to block the plan.

“There would be merit in a proposal from the military to limit the war geographically” to the air bases, “if that proposal would forestall some misguided humanitarian’s intention to limit a war to obsolete iron bombs and hot lead,” General Kuter said at one meeting.

Gayl understands the threat of nuclear war as well. Fearful of lobbying in favor of extending the “U.S. nuclear umbrella” to protect Taiwan, he recalled,

In addition to the island of Taiwan, these included conflicts in and with Vietnam, Korea, and China. Similarly, the employment of firebombing and nuclear weapons against a densely populated Japan was rationalized without significant opposition.

History does not have to repeat another cycle of carnage and devastation, but it will if we ignore Gayl simply because we do not like the platform he used to spread his critical message.