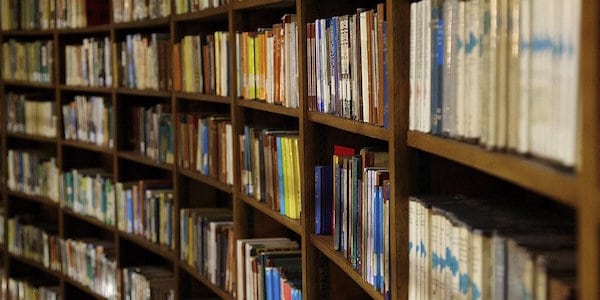 In her book Steal as Much as You Can (Repeater, 2019), Nathalie Olah observes the disparity between the reality of life for the majority in the UK and the perspectives that populate the presses of the mainstream publishing industry. To her, contemporary writers of literary fiction ‘have mired themselves in a degree of introspection and literary stylistics that alienates anybody outside of the mainstream literary fray’.

The cause of this move towards postmodern literature-as-tasteful-Instagram-aesthetic culture has its roots in publishing’s excommunication of disparate, controversial voices: the marginalised, the politically outspoken, the experimental. These voices are typically subaltern, and always working class. Publishing was never an egalitarian industry and it is clear that writers from working-class backgrounds still experience huge difficulty in getting their art into the mainstream.

It is this stark imbalance of class that publishing collectives such as the Class Work Project – with its journal Lumpen – are aiming to counteract. Formed by Hannah Pearce and D Hunter in 2019, the cooperative draws on D’s experience with running workshops around class and capital redistribution, and the impact of literature on his early life. According to Hannah, ‘He learned to read as a teenager whilst in prison. He also did a course with the Open University, and about halfway through he realised that he had a skill for writing, and that’s how he processed a lot of his trauma.’

‘He’s not someone who has a particular fondness for any kind of traditional writing style or grammar. These conservative or traditional styles of writing just weren’t his forte, he was writing this very radical content from an outsider perspective. This stuff isn’t really published under Penguin and the like.’

When ‘the working class’ is discussed in the context of the UK’s political discourse, there is a tendency to treat entire communities as homogenous simulacra. ‘When you do hear working-class voices, it’s often as a monolithic voice that represents a certain type of thing, a certain type of working classness. So, with Lumpen, the whole point was to build this broader scope of what working-class means.’

On occasion, this has meant venturing into territory that mainstream publishing considers verboten, at least when it’s coming from outside. Lumpen aims to have a dialogue with writers and readers about some of the challenging and controversial topics that literature broaches, such as racist and sexist language. ‘If we get texts submitted to Lumpen that are punching down e.g. featuring racism or sexism, we try to have a conversation with the author of that work. If we do want to publish it, we have that open dialogue.

‘The reason that we do that is because Lumpen is a movement-building strategy, it’s something bigger than itself, and part of that is that if we were solely rejecting work because it was racist or sexist, we wouldn’t be having a conversation about how we solve these issues.’

Pulling the means of production away from the ‘big four’ (Penguin Random House, Hachette, Pan Macmillan and Harper Collins) isn’t just a matter of questioning who gets to be published, but also decentralising publishing from its central London powerbase. To that end, a group of independent publishers in the north came together in 2016 to form the Northern Fiction Alliance (NFA).

The point of the NFA is not simply to platform writers outside London – how many marginalised creative voices might live in London’s low-income housing projects whose proximity to the big four has never benefited them? Rather, by making the tools of publishing available for collaboration among a group of publishers working in solidarity, the NFA challenges who gets to write, and who decides what is literary. It also works to dismantle the ‘monolithic’ working-class voice beloved of political think-tanks since the 1990s and return class to a position of vital influence on issues of race, gender and sexuality.

The thesis of Olah’s book – that the working class should build an independent literary and cultural world while stripping what they can from the institutions designed to keep them out of the arts – is practiced in the work of Lumpen’s writers, many of whom balance their writing against the demands of work, bills and debts. To Hannah, this is just a matter of taking back what was stolen.

‘What I would argue we mean by the middle class is just the treacherous aspect of the working class. They throw people under the bus to accrue wealth for themselves whilst looking up to the capital-earning class. A lot of the values of the “culture” of the middle class were originally working class; it’s been co-opted and privatised. It’s about collectivising what has been privatised.’

By returning the means of publishing to the commons, a step is made towards building a new literary culture that rejects the stagnation and disaffection of our present moment. It would be naïve to claim that art alone can overcome challenges and stigmas of identity, but Lumpen and other independents who push against the status quo show that radical change in the arts is always located at the grassroots.