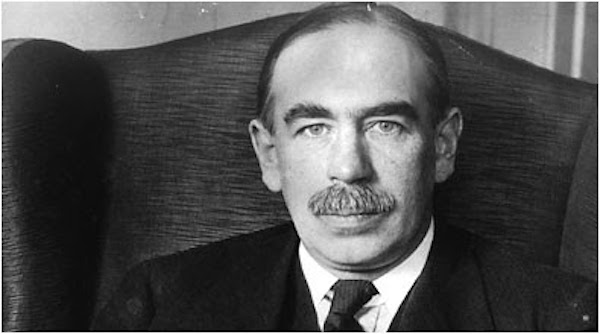 JOHN Maynard Keynes was by far the most insightful bourgeois economist of the twentieth century. He could not afford to be a mere apologist of the system, since he was writing in the midst of the Great Depression and in the wake of the Bolshevik Revolution. To pretend at such a time that everything was fine with the capitalist system would have been the biggest disservice he could have rendered to that system which he so dearly loved. So, the best hope for saving the system for him was to be honest about its flaws and to try and patch them up.

The chief flaw that he detected was that the system was almost invariably saddled with mass unemployment, which, he feared, would lead to its rejection and hence supersession. The reason for mass unemployment was that since investment decisions were privately and separately undertaken by a group of capitalists, total investment never could be large enough in the aggregate (except during some “brief periods of excitement”) to cover the difference between the output producible at full employment and the consumption that would occur if that output were actually produced. It is this which caused insufficient aggregate demand at full employment output and hence prevented full employment from being realised (since realised output in any isolated capitalist economy must equal consumption plus investment).

So, he suggested that if investment decisions could be socialised, that is if the State could ensure on behalf of “society”, through a combination of policies including monetary and fiscal policy, that, in the aggregate, investment decisions were always such that they covered the difference between full employment output and consumption out of this output, then the system could function adequately.

Socialisation of investment within the capitalist system itself therefore, he thought, was enough to overcome its flaws; socialisation of the ownership of the means of production, namely socialism, was unnecessary. In Keynes’ words: “It is not the ownership of the instruments of production which it is important for the State to assume. If the State is able to determine the aggregate amount of resources devoted to augmenting the instruments, and the basic rate of reward to those who own them, it will have accomplished all that is necessary.”

Even at the time when Keynes was writing, many authors belonging to the Marxist tradition had pointed out that his remedy was inadequate, that socialisation of investment within a capitalist system, even if such a socialisation of investment could be effected, was not enough to overcome mass unemployment. Since his time, we have had years of practical experience as well, which amply bears this out.

An important role of the reserve army of labour in a capitalist economy is to keep down the bargaining strength of the workers so that they do not demand higher wages. A reduction in mass unemployment below a certain level therefore prevents this role from being fulfilled. Workers’ bargaining strength improves and they demand higher money wages (higher than the rate of growth of labour productivity) in order to improve their share of output; but the capitalists, being unwilling to concede any increase in the workers’ share in output, mark up prices, so that there is no increase in wage-share. This gives rise to inflation, and if the workers persist in their effort, then inflation becomes continuous; and if workers anticipate inflation and hence incorporate it into their wage demands, then inflation accelerates over time. Mass unemployment therefore can never be eliminated under capitalism; it can never fall below a certain level without making the system dysfunctional through an acute inflationary crisis.

All this is not just idle theorising. It was precisely what brought the post-war boom to an end. In the post-war years, it may be recalled, policies advocated by Keynes had been followed in most capitalist countries which increased demand, brought down unemployment, and, because of the high level of demand, stimulated capitalists’ investment, giving rise to high levels of growth. This period has consequently been called the “Golden Age of capitalism”. But prolonged low levels of unemployment ultimately gave rise to an irreconcilable conflict over distribution between wage and profit shares, which manifested itself in the form of acute inflation. Because of this, capitalism went back to high levels of unemployment under Thatcher and Reagan.

But before the restoration of high unemployment, an effort was made to rescue the Keynesian vision by imposing a “prices and incomes policy”. The idea was to control inflation by having an agreement between workers and capitalists over their respective shares, so that money wage and price increases are kept in check. But a prices and incomes policy can never work in a capitalist economy. This is because even if the workers and capitalists reach agreement in every particular industry, since the rate of growth of labour productivity will differ across industries, the rate of growth of real wages that result from these agreements will also differ. Thus workers in industries where labour productivity is low or stagnant will suffer stagnant real wages for no fault of theirs (after all they do not decide on labour productivity growth); and a division will begin to occur among workers, with some seeing a rapid increase in real wages and others witnessing stagnant real wages. Hence such agreements will inevitably break down.

The alternative is to have a nation-wide agreement between the workers’ representatives and capitalists’ representatives about the wage share and to let real wages everywhere increase at the same rate as the average rate of growth of labour productivity. But in such a case the profit-share will be rising in some industries (where labour productivity growth is higher) and falling in others. This is why any such agreement too will inevitably break down, with capitalists in declining profit-share industries revolting against it. Thus a prices and incomes policy is impossible to achieve in capitalist economy.

Consider by contrast a socialist economy. As all industries are State-owned, the distribution of profits between industries ceases to matter, since all profits ultimately go to the State exchequer. Hence an agreement whereby all workers experience every year a rate of growth of real wages that equals the average rate of growth of labour productivity, will create no difficulties. (Of course the average wage growth may exceed average productivity growth if there is agreement on increasing wage-share, and may fall short if there is agreement on reducing the wage-share). A socialist economy in short can easily follow a prices and incomes policy, and maintain full employment, as indeed the existing socialist countries had done earlier.

Thus Keynes’ prescription of the 1930s can at best remove only one flaw in the working of a capitalist economy; but the modus operandi of the system itself is flawed, in the sense of being based on class antagonism. To believe that the system can be rescued from its flawed functioning therefore is a chimera.

Typically, however, when acute inflation occurs under capitalism, there is an effort to resolve it at the expense of the petty producer suppliers of raw material and wage goods  (primary commodities)  of the third world, who act generally as “price-takers” with little bargaining strength. They constitute one important group of input-suppliers for the capitalist metropolis who cannot even maintain their share in output, which is why an inflationary upsurge will eventually be settled at their expense. Indeed, an important role of imperialism is to ensure that they remain as “price-takers”. But given the history of the squeeze in their share that they have already endured, this share has by now dropped so low that controlling inflation in the metropolis by further squeezing it has by now become almost impossible. Besides, to believe that metropolitan capitalism can stabilise itself for ever at the expense of other nations, is both invidious and unrealistic.