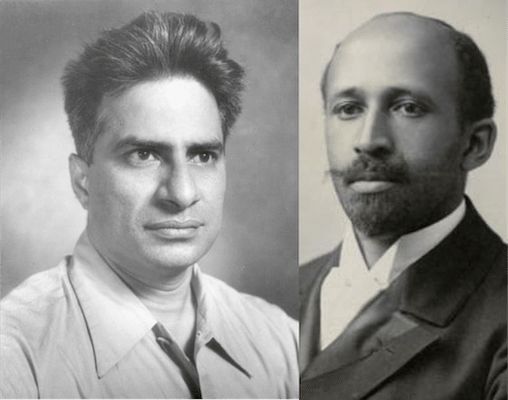 In 1949, Indian scientist D. D. Kosambi visited the United States to attend the Cultural and Scientific Conference for World Peace in New York City. As the only Asian delegate, Kosambi spoke on the connection of colonialism, hunger, and famine to the struggle for peace. Another participant at the conference, W. E. B. Du Bois, had similarly connected colonialism and war long before in his 1915 essay, “The African Roots of War.” Intersecting in the peace movement, both Kosambi and Du Bois were deeply committed to a scientific understanding of the world and to advancing a different epistemology of science, shaped by their common historical struggle against racism and imperialism.

Du Bois, trained in history and sociology, was the first to conduct a scientific study on race in American society.1 Kosambi was trained in mathematics but was the first to scientifically investigate ancient Indian history. In centering the agency of African and Indian peoples and civilizations, they made an epistemological break with European social science. Their theoretical understanding was grounded in their concrete struggles against a white supremacist world system, which manifested as racism in the United States and as colonialism in India.2 Neither Kosambi nor Du Bois were given any prominence by Western universities during their lifetime; it was nonetheless their rootedness in their own people, which allowed them to develop a profound revolutionary science. As great as their contributions were to the times in which they lived, their epistemology offers an invaluable vision and direction to our own time.

The Epistemological Crisis of the West

The Western world finds itself today in a total crisis. We have still not fully recovered from the economic effects of the financial crisis in 2007–2008, and these have been further exacerbated by the pandemic. There is also a “crisis of legitimacy,” where mainstream political institutions are no longer trusted by the masses of people. Furthermore, we face an epistemological crisis, with an ever-growing divide between the elites and the masses.3 What elites arrogantly dismiss as ignorance of facts and disbelief in science among the people are, in fact, the presence of different modes of reasoning and a mistrust of mainstream institutions.

This epistemological crisis affects the institutions of knowledge production themselves. As Gideon Rachman argues in the Financial Times, the two measures of Western power are the American dollar and the American university, to which I would add the American military4 The American university is deeply influential in determining the ideological landscape, not just in the U.S., but around the world, where Westernized elites hold positions of influence and power. Moreover, these elites share certain historical understandings and methods of reasoning imparted through their Western education. The American university is, thus, at the forefront of the white supremacist world system. The developing crisis over the past several years indicates that the current epistemology stands helpless in the face of current day events.

The ideological landscape of the Western university is very narrow, with professors tied to their careers and celebrityhood. Dominating one side of this ideological landscape is positivism, which employs “data” and “evidence” to measure and control society, but produces knowledge which is overdetermined by war and profits. On the other hand, and of more recent origin, is the outright rejection of Truth and science, the questioning of the European narrative of progress and universality pursued in a way that, in fact, ultimately continues to uphold Western domination.5 This side forms the basis of a postmodern “cultural left,” guided by French thinkers like Foucault and Derrida, who enjoy super-stardom in the academy but have little meaning in the lives of ordinary Black and Brown working people. These thinkers neither presented any profound critique of white supremacy, nor found a way to transcend it in collective struggle that comprehensively addresses its material, ideological, and socio-cultural dimensions. They instead turned the focus to personal interactions and symbolic acts. This cultural left therefore indulges itself with an excessive emphasis on language, body, identity, and victimhood. Two images capture these two sides: on one side is the disinterested and highly paid scientific expert on television; on the other is the young gentrifier with a “Black Lives Matter” sign, toppling statues. Neither represent or mean much to the struggle of the masses of Black poor and working people.

This epistemological crisis underpins the bankruptcy and hypocrisy of this “woke” left. Its resolution is necessary for the emergence of a new left that seeks to be based among poor and working people, seeing them not as victims, but as agents of change. Such a left will need to draw insight from revolutionary thinkers like Du Bois and Kosambi who participated in the struggle of darker nations and peoples. This new left will need to draw ideas from the Black freedom struggle as well as the anti-colonial struggle. It must pursue a new revolutionary science that will seek the truth that serves the cause of freedom, and in the process, understand and change our complex society.

For Kosambi, science and freedom are deeply linked and exist in a dialectical relationship. Building on the classic definition of freedom as the “recognition of necessity,” he defined science as the “cognition of necessity.” He did not hold an authoritarian conception of science, whereby “scientific experts,” who serve the wealthy, contemptuously seek to explain the nature of reality to ordinary people, who in turn, distrust them for good reason. Rather, he forwarded a democratic conception, whereby science is capable of changing the scene of its own activity. If scientific reasoning were applied to the very conditions under which science is conducted, the individual scientist would be faced with a moral choice: whether to continue serving the unjust system of capitalism and white supremacy, or to pursue scientific analysis to resist the unjust system at the cost of safety, popularity, and career.

This new left will need to draw ideas from the Black freedom struggle as well as the anti-colonial struggle.

Du Bois described the moral choice facing the scientist in his essay, “Galileo Galilei,” arguing that Galileo’s final apology and lie had harmed humanity more than his science helped it because “Science is a great and worthy mistress, but there is one greater and that is Humanity which science serves; one thing there is greater than knowledge, and that [is] the Man who knows.”6 In choosing Humanity, the scientist would become truly free. Similarly, for Kosambi, “Only in science planned for the benefit of all mankind, not for bacteriological, atomic, psychological or other mass warfare can the scientist be really free . . . [I]f he serves the class that grows food scientifically and then dumps it in the ocean while millions starve all over the world, if he believes that the world is over-populated and the atom-bomb a blessing that will perpetuate his own comfort, he is moving in a retrograde orbit, on a level no beast could achieve.”7 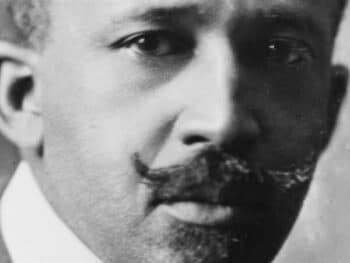 A scientific understanding which served humanity could only come by a proper understanding of history, which, as both Du Bois and Kosambi understood, refers not merely to the past, but shapes the attitudes of the present. They challenged white supremacist notions of history, which posit that Europeans brought science and progress to darker civilizations and failed to recognize the history and therefore agency of such civilizations. They understood civilization not to stand on an apex but as resting on its broad base of ordinary people. Kosambi argued that India had a history, despite European narratives portraying it as static and fixed, while Du Bois did the same for Africa in The World and Africa.8 This assumption of the agency of Indian and African workers was central to a new epistemology of knowledge.9

In dedicating science to freedom and to humanity . . . the science Du Bois and Kosambi conceptualized was not an “objective” one that pursued disinterested knowledge.

This epistemology sought to bring together the knower and the known, treating those declared to be “backward” and “ignorant” as capable of and important to scientific knowledge. As Du Bois said, “[I] am bone of the bone and flesh of the flesh of them that live within the Veil.”10 Kosambi similarly commented on the study of human society: “The material, when it is present in human society, has endless variations; the observer is himself part of the observed population” and therefore requires “constant contact with the major sections of the people.”11 He realized that proper scientific knowledge would require “combined methods.”12 The study of the Indian peasantry, for example, could not be accomplished by a single discipline, but only by combining linguistic, sociological, archaeological, anthropological, and historical insight with field studies. Both Kosambi and Du Bois saw scientific knowledge not as deterministic but as probabilistic. Du Bois said that science involves both law and chance, that is, science studies regularities in nature and society but does not determine completely the scope of human action.13 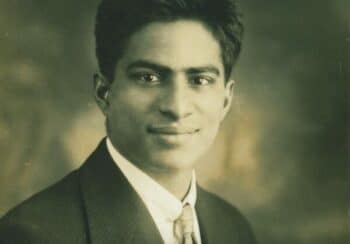 In dedicating science to freedom and to humanity—the majority of which is composed of Yellow, Brown, and Black labor—the science Du Bois and Kosambi conceptualized was not an “objective” one that pursued disinterested knowledge. Rather, it was one that involved intimate contact with the people and partisan to the oppressed. This partisanship to the oppressed meant that they saw the oppressed as closer to the truth than the elite. Hence, the process of scientific discovery would not take place from above, but with and among the people. It would be concerned not simply with regularities of nature but with actual deeds of living men.14

Struggle for Peace and the Way Forward

Du Bois and Kosambi’s life-long struggle against the white supremacist world system brought them to view this struggle against racism and imperialism as linked to the struggle for peace. Kosambi declared, “Science and freedom always march together. The war mentality, which destroys freedom, must necessarily destroy science. The scientist by himself can neither start nor stop a war. . . . But a scientific analysis of the causes of war, if convincing to the people at large, could be an effective as well as a democratic force for peace.”15 In Color and Democracy, Du Bois also theorized the relationships of peace, democracy, and color, pointing out that what Europeans called “peacetime” was, in reality, a continuous series of wars against the colonies, and that colonialism was the root cause of major wars.16

It is our historic task to continue the struggle against white supremacy as part of the tradition of thinkers like Du Bois and Kosambi. Our struggle requires a new epistemology and a revolutionary science rooted in the great mass struggles of the twentieth century. For this, we must study the thinkers who organically participated in them. This revolutionary science must seek to democratize science, giving science a broad base and taking it away from elite institutions that are beholden to war and profits. We must depose white supremacist notions of universals and progress, but at the same time, not abandon the notions of truth and history. We must see Black and Brown workers in particular, and the poor and working class as a whole, as agents of historical change and the leading force for democracy and peace in the world. This can lead to the development of revolutionary ideas in service to humanity, away from the ego-centric nihilism of our present-day universities. In the West at our present time, this means we must establish new spaces of knowledge creation. We must see knowledge not as individual pursuit of recognition, but as a collective endeavour which bases itself among working people and seeks ideas capable of freeing humanity.