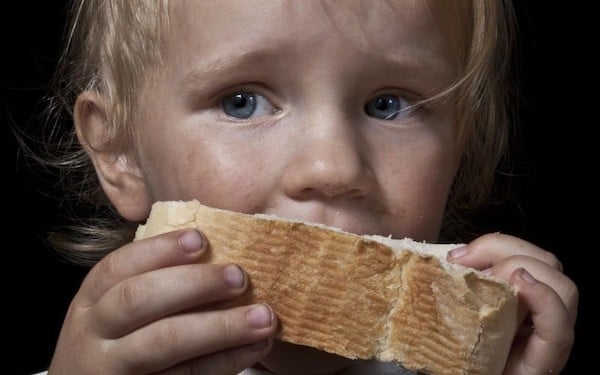 The UN has raised the alarm about the growing number of people (including children) suffering from hunger around the world due to the coronavirus and the economic crisis, while Ukraine exports agricultural products, depriving its already poor population of access to relatively cheap domestic food.

To which level are children suffering from hunger in Ukraine?

Experts from the UN’s World Food Programme say that by 2021, 250 million people on the planet could be suffering from hunger. And about one billion people do not have enough food for normal development. In 2020, 7 million people died of hunger.

It turns out that in the 21st century, when technology allows us to send tourists into space and use high-speed internet, one in seven or eight people on Earth cannot feed themselves properly. What is most interesting is that more people are suffering from hunger in the agriculturally developed countries of Africa, Asia and Latin America, countries that could have enough food for everyone. So why don’t the people who produce the food have access to it?

Ukraine is not on the list of countries with the highest malnutrition rates. But the UN hunger map shows that Ukraine has 4.6 million people (about 10% of the population) with insufficient food intake. They are not as hungry as Somalia and Zimbabwe, but they do not have enough food to live a normal life and develop. Particularly appalling is the fact that among Ukrainian children under the age of 5, 22.9% are chronically malnourished and 8.2% are acutely malnourished. According to 2019 data, 21.3% of children under 5 were stunted due to malnutrition, 6.9% were exhausted and 5.6% were overweight, also due to poor nutrition. And this in the “agrarian superpower” with rich black soil and almost 80% of arable land.

Milk is consumed by only 52% of the population, fishery products by 59%, meat products by 66% and fruit by 64%. The caloric intake at the limit of the norm is mainly obtained from cultivated plants: bread, potatoes, vegetables, vegetable oil. Although, according to the results of a study conducted by the international research company Ipsos on the initiative of Danone, Ukrainian adults still consume almost half as many vegetables as the recommended norm, the amount of potatoes in the diet is increasing (135.7 kg per year in 2019 compared to 128.9 kg in 2010). Flour products are consumed in excess, but still less than before (97.6 kg in 2019 compared to 111.3 kg in 2010). The consumption of sugar, milk, eggs, fish and oil has decreased in recent years. The Ukrainian Livestock Breeders’ Association said that over the past five years, per capita meat consumption has fallen by more than 30%. Of the already scarce meat products, about 20% are sausages of dubious quality.

Ukraine is supplied with food, but citizens are not

Ukraine ranks 54th in the 2020 Global Food Security Index (GFSI), which assesses the availability, accessibility, quality and safety of food. It is stated that this poor ranking is due to the lack of government commitments to people’s access to food, whereas major European countries have such commitments and they are working.

This is true, but the truth is different from the Truth in that it is one-sided. The Ukrainian state does not really ensure food security for its citizens, who survive as best they can. However, access is not the same. There is a lot of food in the shops and it is not sold by coupons. So the problem is the lack of money to buy it. Indeed, according to a recent survey by the CMMS, the financial situation of the families of 54.4% of Ukrainian citizens has deteriorated over the past two years. This is due to rising utility rates (91.5% of respondents), rising food prices (90.6% of respondents), falling incomes (35.4%) and loss of employment (31.9%). The monthly food expenditure of Ukrainian households exceeds half of the family budget. And note that there is not enough food even for a full meal.

So it is not a question of a shortage of food, but the fact that production is in the hands of individuals, including foreign companies, and is exported to the West. Ukrainians do not eat much food produced in Ukraine. They have to buy expensive foreign food. And as the standard of living decreases, they buy less and less.

We don’t have to go far to find examples. According to the State Statistics Service, in 2020, meat production in Ukraine decreased by 1.1%, and pork imports were 6 times higher than exports. Based on the results of 2019-2020. According to the U.S. Agriculture Department, Ukraine has become the world’s second largest exporter of barley, fourth largest of corn and fifth largest of wheat. Ukraine exported 21.1 million tonnes of wheat. And it imported (from July to January of the current season) 14.5 thousand tons–7 times more than last year. The question is why buy from abroad in foreign currency, when our own products are abundant. Because the one who sells it is not the one who buys it. Farm owners are interested in profits, not in the food security of Ukrainian citizens. They are not interested in selling grain on the domestic market in hryvnia, if it can be exported, say, to Europe for foreign currency and leave the profits in offshore accounts.

Despite the risks of the coronavirus, despite calls from the All-Ukrainian Bakers’ Association and the country’s Millers’ Association to limit grain exports, the government has not done so. We won’t eat it, but we will export it! At the same time, in the first half of 2020, Ukraine purchased $1.594 billion worth of agricultural products from the European Union alone. The main suppliers of agricultural products to Ukraine are Poland, Germany, Turkey, Italy and the USA. It is understandable why, in a country with a developed agrarian sector and a tradition of wheat cultivation, the cost of bread is constantly rising.

Ukraine is not Somalia, but it can dig without limit

The UN blames institutions, lack of democracy, poor corporate social responsibility in Ukraine, everything but the economic system itself, in which the direct producers of goods are alienated from the use of those goods, in which food is produced not so that children don’t starve, but so that someone makes a profit. Given that hunger does not exist in Western countries, one might indeed be tempted to think that this is about democracy, an ‘investment climate’ and ‘transparent rules’ for business. In reality, the food available to the majority of people in rich capitalist countries is the result of their plundering of poorer countries, the late entry into the capitalist system of former colonies or former members of the Soviet Union.

And agribusiness, which exports abroad what it produces at home, is directly involved in this theft. Logic and common sense can explain why Ukraine buys bananas and pineapples, but the reason why the world’s largest grain producer buys them abroad can only be explained by the fact that the grain grown by Ukrainian agribusinesses does not belong to them, but to the owners of the agribusinesses, many of whom have never seen a field in their lives.

The UN, on the other hand, tries to treat the symptoms without noticing the source of the disease. Last year, for example, the World Food Programme raised $1.6 billion to help the hungry. But that’s a microscopic amount of money when the Davos WEF reports that the richest 1% have more than the other 7 billion people, that the wealth of the world’s billionaires in 2021 is $13.08 trillion, and that’s $5.08 trillion, or 64%, more than in 2020. Jeff Bezos, CEO of Amazon, alone has $177 billion, Elon Musk $126.4 billion and Bernard Arnault (Louis Vuitton) $150 billion. Yes, there are Bezos and Musk, but half of Ukraine’s oligarchs own as much as the UN’s global collection. Akhmetov and Pinchuk, Poroshenko and Kolomoysky and their ilk could have easily solved the problem on a global scale, and it is ridiculous to even talk about it on the Ukrainian level.

Two conclusions follow from all this for Ukraine: one bad and one good. The bad conclusion is that the structure of the economy in Ukraine is that of a plundered colonial-type country where 30% of children under 5 years of age go hungry. The good conclusion is that, although the structure of the Ukrainian economy is very similar to that of the economies of Somali and Cote d’Ivoire, the looting (in the food sector) is still much less than in those wonderful countries. But the sale of agricultural land to foreign companies, which will be open from 2024, may well bring Ukraine gradually closer to the number of countries for which the UN collects humanitarian food aid. This is good business, because the aid collected is worth far less than the resources, food and money extracted from Ukraine for the benefit of the West.

Translator’s note: What we are witnessing in Ukraine at the moment corresponds perfectly with the predictions I made in a 2019 article about the lifting of the moratorium on the sale of agricultural land in Ukraine. The agricultural economic model being promoted in Ukraine is favoring famines like those seen in some African countries, and unfortunately this will only get worse.