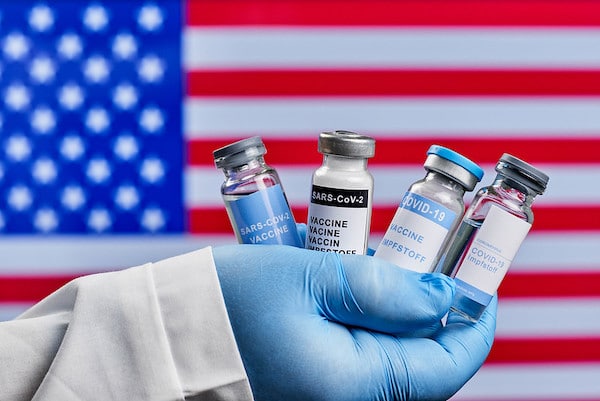 SYDNEY and KUALA LUMPUR: ‘No one is protected from the global pandemic until everyone is’ has become a popular mantra. But vaccine apartheid worldwide, due to rich countries’ policies, has made COVID-19 a developing country pandemic, delaying its end and global economic recovery.

Most rich countries have been blocking the developing country proposal to temporarily suspend relevant provisions of the World Trade Organization (WTO) Agreement on Trade Related Aspects of Intellectual Property Rights (TRIPS) for the duration of the pandemic to more affordably and effectively contain it.

Needed to quickly scale up production and affordable access to relevant diagnostic tests, medical treatments, personal protective equipment and prophylactic vaccines, the proposal – by South Africa and India in late 2020 – is now supported by more than two-thirds of WTO members.

The Biden administration has reversed Trump’s opposition to the proposal, albeit only for vaccines. Without necessary complementary measures, and with continued opposition from European governments, the U.S. partial policy reversal has not had any real impact so far.

As the World Health Organization Director-General notes, the pandemic is being prolonged by the “scandalous inequity” in vaccinations.

The global failure to share vaccines equitably is fuelling a two-track pandemic that is now taking its toll on some of the world’s poorest and most vulnerable people.

Rich countries have been hoarding far more vaccine doses than they need. The European Union (EU) secured three billion doses, or 6.6 per person, while the U.S. got 1.3 billion, or five each. Canada got 450 million for 38 million, or twelve each, the UK over 500 million, i.e., eight each, and Australia 170 million for 25 million, or seven each!

With mainly adults vaccinated, the actual ratios are even more obscene. UNICEF found most high-income countries had acquired at least 350% of doses needed. Agreements for vaccine delivery to low- and middle-income countries up to 2023 will only cover half their populations, at most.

The headline grabbing G7 promise of a billion doses actually involves 870 million doses, far short of the 11 billion needed. Some of this involves double-counting: 130 million was previously pledged to COVAX, the arrangement to supposedly ensure equitable vaccine access.

Supplies will not begin until year’s end, i.e., after their domestic vaccination programs are largely done. Most are doses ordered well in excess of needs. Clearly, the G7 does not have a serious plan, let alone commitment to vaccinate the world.

EC President Ursula von der Leyen sees the pandemic as a chance for vaccine-producing countries to export more, while dismissively asserting that waivers will “not bring a single dose of vaccine in the short and medium term”.

Although world-class facilities in the global South have long produced medicines and vaccines, French President Macron added insult to injury.

Can we really entrust laboratories that don’t know how to produce [vaccines] with this intellectual property and expect them to be producing tomorrow?.

Now, the EC has legalised world vaccine apartheid by only recognising four vaccines – AstraZeneca (only if produced in Europe), Pfizer, Moderna and Johnson & Johnson. Hundreds of millions in the global South vaccinated with AZ manufactured in India and many others will thus be banned from Europe!

By 7 July, more than 3.32 billion vaccine doses had been administered worldwide, with 85% going to high- and upper middle-income countries, and only 0.3% to low-income countries. Africa’s vaccination rate (4% so far) is the slowest of all the continents, with some countries yet to start, while infection rates are rising fast.

Thanks to much higher vaccination rates, deaths in rich countries fell from 59% of the official world total in January to 15% in May 2021! The developing country share of pandemic deaths are underestimated at 85%, but nonetheless increasing rapidly.

The United Nations Secretary-General has warned, “Vaccine equity is the greatest immediate moral test of our times. It is also a practical necessity. Until everyone is vaccinated, everyone is under threat”.

The International Monetary Fund (IMF) has proposed investing US$50bn to help immunise at least 40% of the world population by the end of 2021 and the balance by mid-2022.

Ending the pandemic would accelerate economic recovery and generate US$9tn more in global output plus US$1tn in tax revenue by 2025. Yet, last weekend’s G20 Finance meeting refused to endorse it.

Suspending patents can help contain the pandemic, but the selfish policies of the global North have made COVID-19 a pandemic of the South. This is also impeding its end and recovery for all, besides deepening the North-South divide, and inevitably, associated resentments.

Meanwhile, the IMF warns of a ‘dangerous divergence’ in economic recovery between rich and poor countries. With their limited fiscal resources, high debt burdens and weak health systems, countries in the global South must urgently reconsider their options to address the escalating catastrophe.