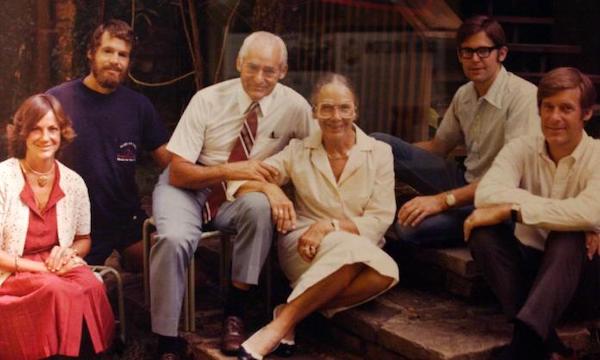 The Waltons of Wal-Mart

The first decades of the 21st century have been a gilded age for the world’s super-rich. While the mass of humanity has struggled through successive economic crises, accelerating climate and environmental breakdown and now a devastating global pandemic, the billionaire class’s wealth has piled up to ever more dizzying heights.

A new report by the U.S.-based Institute for Policy Studies, Silver spoon oligarchs: How America’s 50 largest inherited-wealth dynasties accelerate inequality, shows just how obscene the inequalities of capitalist society have become. Rather than focusing on individual billionaires, the report examines the fortunes of America’s wealthiest families—people who in many cases are living off wealth “produced” by family members multiple generations ago.

The report found, “In 2020, America’s 50 wealthiest billionaire family dynasties together held $1.2 trillion in assets. By comparison, the bottom half of all U.S. households—an estimated 65 million families—shared a combined total wealth of just twice that, at $2.5 trillion.”

The report’s most shocking revelation, however, is just how much the wealth of these “billionaire family dynasties” has grown in the past four decades. “For the 27 families that were on both the Forbes 400 list in 1983 and the Forbes Billion-Dollar Dynasties list in 2020, their combined assets have grown by 1,007 percent over those 37 years. This is an increase from $80.2 billion to $903.2 billion in inflation-adjusted dollars.”

The closer you get to the top of the “rich list”, the more pronounced the increase in wealth has been. “The five wealthiest dynastic families in the U.S.”, the report says, “have seen their wealth increase by a median of 2,484 percent from 1983 to 2020”.

None of this has to do with hard work or so-called entrepreneurial spirit. The super-rich spawn of the billionaire class—such as the children of Wal-Mart founder Sam Walton, whose combined wealth has grown from an inflation-adjusted US$5.6 billion in 1983 to more than US$247 billion today (an increase of 4,320 percent)—have never had to lift a finger to “earn” their windfalls.

The brand of neoliberal capitalism that has become entrenched in the U.S. and around the world since the 1980s is designed specifically to ensure that people like the Waltons will grow ever richer no matter what they do. Rather than “trickling down”, as the right-wing propaganda has it, the wealth in the system is sucked up from the labour of Wal-Mart’s and other major corporations’ low-paid workforce into the pockets of the ruling class.

When we hear of the immense fortunes being amassed by people like the Waltons, we should remind ourselves of Marx’s description of capital as “dead labour, which, vampire-like, lives only by sucking living labour, and lives the more, the more labour it sucks”.

The report also details how these capitalist vampires have used part of their massive wealth to influence politicians to further rig the system in their favour. “Members of the Busch, Mars, Koch, and Walton families”, it says, “have together spent more than $120 million over the past ten years lobbying for taxation, labor, and trade policies favorable to their interests and investments”.

These efforts have been very successful. A recent investigation by ProPublica found that the 25 wealthiest Americans, a quarter of whom are heirs like the Waltons, paid a “true tax rate of only 3.4 percent” from 2014 to 2018, a period in which their collective wealth grew by US$401 billion. In recent years, by comparison, “the median American household earned about $70,000 annually and paid 14 percent in federal taxes.”

Of course, it’s not just the children of billionaire dynasties who, in recent decades, have built on the privileges they were born into to amass obscene wealth from the exploitation of workers, and used part of that wealth to attempt to further rig the system. Many billionaires who don’t count as “silver spoon oligarchs” for the purposes of the report nevertheless began their lives in conditions of comfort and wealth that most people can only dream of.

The world’s wealthiest two individuals—Jeff Bezos and Elon Musk—are often held up as being self-made billionaires who managed to pull themselves up by their own bootstraps. But Bezos was given US$245,000 (equivalent to $426,000 today) by his parents to start Amazon, and Musk’s father (a consultant and property developer who, according to a 2018 report in the South African edition of Business Insider, once bought a half-share in a Zambian emerald mine on a whim to “help fund his family’s lavish lifestyle of yachts, skiing holidays, and expensive computers”) gave him US$28,000 (equivalent to $48,000 today) to start his first company.

It’s the same with the Australian ruling class. The four wealthiest Australians were all born into super-rich families. Gina Rinehart (current estimated wealth A$31 billion) inherited vast sums from her father, mining magnate Lang Hancock. Andrew “Twiggy” Forrest ($27 billion) was born into a family of major Western Australian landholders that includes Sir John Forrest—the first premier of Western Australia and a cabinet minister in Australia’s first federal parliament. Mike Cannon-Brookes ($20 billion), the co-founder of project management software company Atlassian, grew up with the kind of financial security that comes from having a father (Mike Cannon-Brookes snr) who is a global banking executive. Then there’s Anthony Pratt ($20 billion), who inherited the world’s largest private paper and packaging company, Visy Industries, from his father, Richard Pratt.

The global capitalist system of today is a machine that grinds up human lives and natural resources and spits out ever greater wealth for those at the top. Its rewards don’t go to those who work hard or have good ideas. The immense wealth being created by the labour of workers today is more and more being concentrated in the hands of a few capitalist vampires who contribute nothing to our society and without whom we would be much better off.